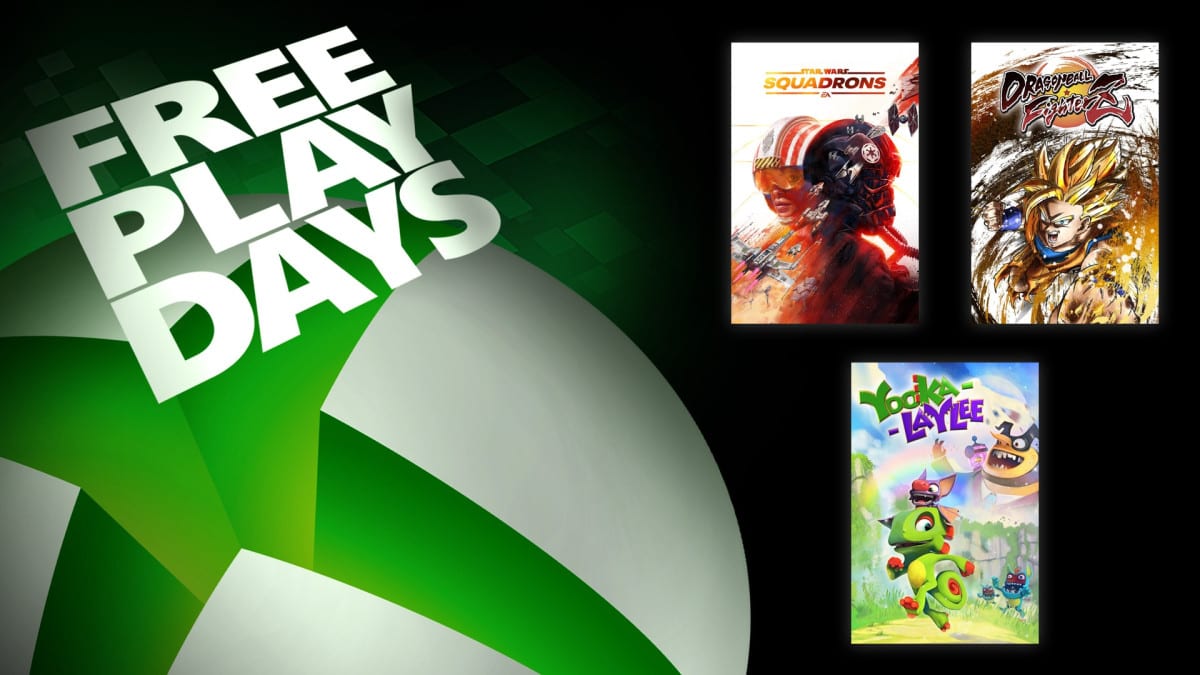 Occasionally Xbox will tee up a Free Play Days event where players can play a select set of games for free, while also occasionally having the option to buy them at a steep discount. Well, that’s going on starting (looks down at watch) actually right now.

The latest Xbox Free Play Days, as you can tell from the title, will include the flying action game Star Wars Squadrons, DBZ fighter Dragon Ball FighterZ, and 3D collect-a-thon Yooka Laylee.

Personally I love collect-a-thons so if I didn’t already play through Yooka-Laylee I’d be all over that. But the other two games are great too. Although Star Wars Squadrons, if you have a PS4, is particularly great on VR as well.

Each game should be playable on Xbox One, Xbox Series S and Xbox Series X. You can check them out here.