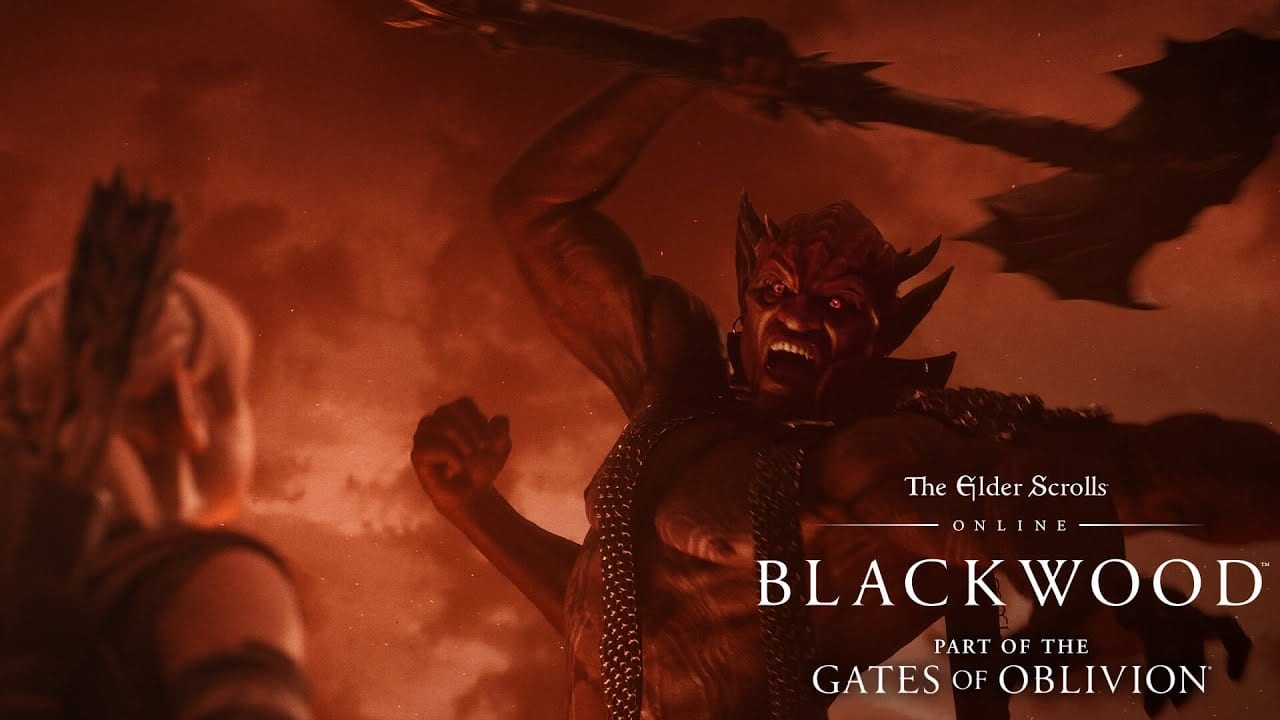 With a new year comes another new Chapter for Elder Scrolls Online. Bethesda’s MMO is growing and changing once again. This Gates of Oblivion expansion was teased last month at the Game Awards, but today’s Elder Scrolls Online reveal event provided many more details for curious fans.

Bethesda and Zenimax Online Studios just revealed that the first part of the expansion is bringing players to Blackwood. It’s going live for PC and Stadia on June 1, and for Xbox One and PS4 on June 8. Those who can’t wait can pre-purchase now.

To help with the wait, there will be a DLC titled Flames of Ambition that’ll kickstart the narrative. It’s releasing on March 8 for PC and Stadia, and on March 16 for Xbox One and PS4.

This time around, you’ll be dealing with Mehrunes Dagon and his followers in three main areas of Blackwood. You won’t be alone though, even if you don’t have anyone to party up with. Gates of Oblivion is adding NPC companions to Elder Scrolls Online.

It’ll also be adding the following in addition to the new companion system:

Not everything will be as players remember from The Elder Scrolls IV either, as the events here take place 800 years in the past. That being said, there are also familiar areas and characters that’ll bring up some heavy nostalgia.

Blackwood will take you from the Imperial City of Leyawiin to the Shadowfen bogs, and beyond. Even the iconic Deadlands can be explored in tiny bits and pieces as a sort of teaser for what’s to come.

The Deadlands will be explorable in full in the fourth quarter of this year, near the end of the Elder Scrolls Online: Gates of Oblivion expansion.

Watch the video below to see a new cinematic trailer that sets the tone for this part of the adventure.

If you’re a newcomer, there’s also a brand-new tutorial coming that’ll send you off to one of the many story paths available once you complete it.

In case you missed it, you can watch the entire event on either Bethesda’s YouTube channel, or Twitch channel.