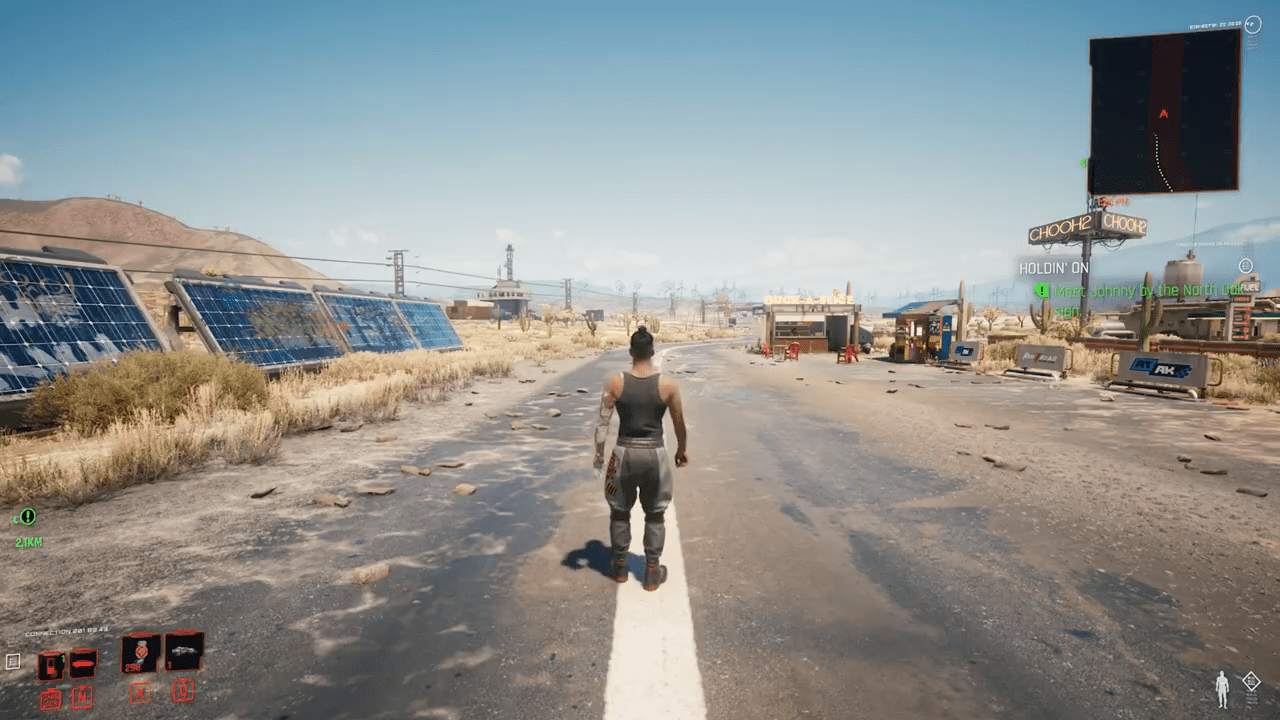 To say that not everyone was impressed by CD Projekt Red’s decision to limit Cyberpunk 2077’s perspective to first-person would be a major understatement. When the game was first introduced to the public at E3 2018, a wave of upset rippled across the internet from those who had presumably been expecting to be able to see their character as they had done in The Witcher 3: Wild Hunt.

Unfortunately for them, CD Projekt Red never did end up including a third-person option despite the obvious appetite for it amongst players. But there’s good news this week for those on PC as the game is actually now playable in third-person thanks to the wizardry of a very talented modder.

There are four different camera options available, from directly behind V to an over-the-shoulder Resident Evil-style, but the animations are pretty stiff, and non-existent in some cases. It also looks particularly wonky when in combat, for example, and don’t even think about trying to swim!

Still, as a first attempt at providing an option to simply check out V’s appearance as you traverse Night City, it’s surprisingly decent.

Presumably, the mod will improve over time, too — though quite by how much is likely to depend on whether CD Projekt Red delivers the sort of robust toolset found in games like Skyrim and Kingdom Come Deliverance.

If you’re interested in checking out saranuba’s mod then you’ll first need to download a different one called Cyber Engine Tweaks. Neither are especially difficult to install if you follow the instructions on NexusMods and refer to the “Posts” section of the mod for tips and feedback from other users.

For a full overview of the mod, I recommend checking out YouTube user Slothability‘s video.

For more on the game, do check out Twinfinite’s Cyberpunk 2077 review.