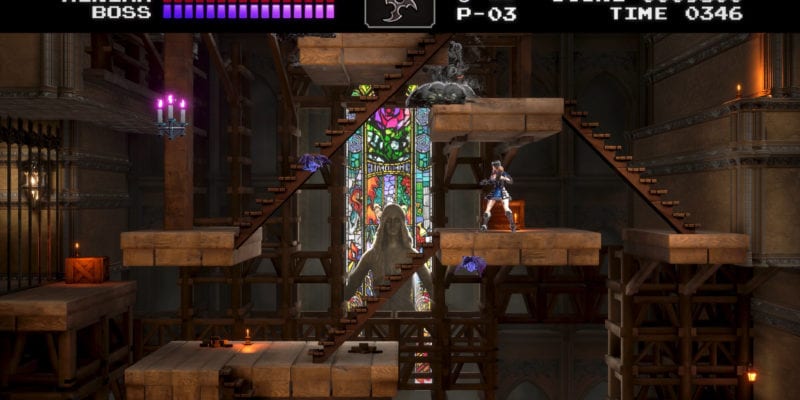 One of the most successful Kickstarter projects in Kickstarter history, Bloodstained: Ritual of the Night is getting a major update tomorrow, on Jan. 14. This update is, of course, free and will include the much anticipated Classic Mode, as well as the crossover event with Kingdom: Two Crowns.

Classic Mode should be a thrill for fans of Castlevania, as it adds a retro-looking UI to the game, along with five new bosses for players to try to take down. It’s a clear callback to older games like Symphony of the Night, and should be a treat for series fans.

In addition to that, the update will also include the crossover event with Kingdom: Two Crowns, which will add a new area to Bloodstained: Ritual of the Night itself, and players will have to search for the crown to gain access to it.

All in all, it looks like a pretty hefty update that should keep players occupied. There’s one more update planned for the game, which will add one new playable character.

Bloodstained: Ritual of the Night is now available on PC and consoles.