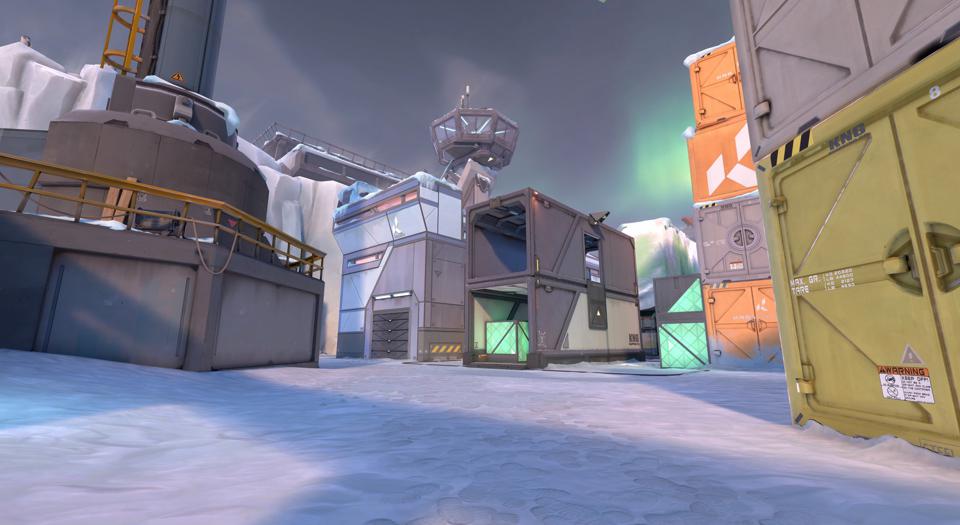 Valorant’s latest update is aimed at improving gameplay on the game’s new map, Icebox, which hasn’t enjoyed a positive reception from players since launching back in October.

The new changes are “focused on getting the A site and verticality just right.” That means simplifying the A Site and reducing the height of some of the most vertical areas on the map, while a new seethrough grate has been added to give defenders a forward defensible position. Other changes include reducing the size of the smaller boxes in the middle of the site, improving the line of sight across the board.

Over on B site, meanwhile, the double-stacked container boxes have been reduced by one, making for less clutter and a clearer line of sight.

Beyond changes to Icebox, Patch 1.14 balances Sage’s Barrier Orb ability: can no longer be cast during the buy phase and, once cast, won’t lose health points over time.

Patch 1.14 also tees up the launch of Valorant’s festive Snowball Fight mode, which is set to launch on Dec. 15 and run through until Dec. 29. Here’s a breakdown of the details:

Finally, the other key takeaways from Patch 1.14 include changes to Competitive mode that make it easier to climb the lower ranks, and a new requirement of 10 Unranked matches before accounts are eligible for Competitive mode.

For a full breakdown of the entire patch, which includes some bug fixes and social updates we haven’t mentioned here, head over to Riot Games’ official post.