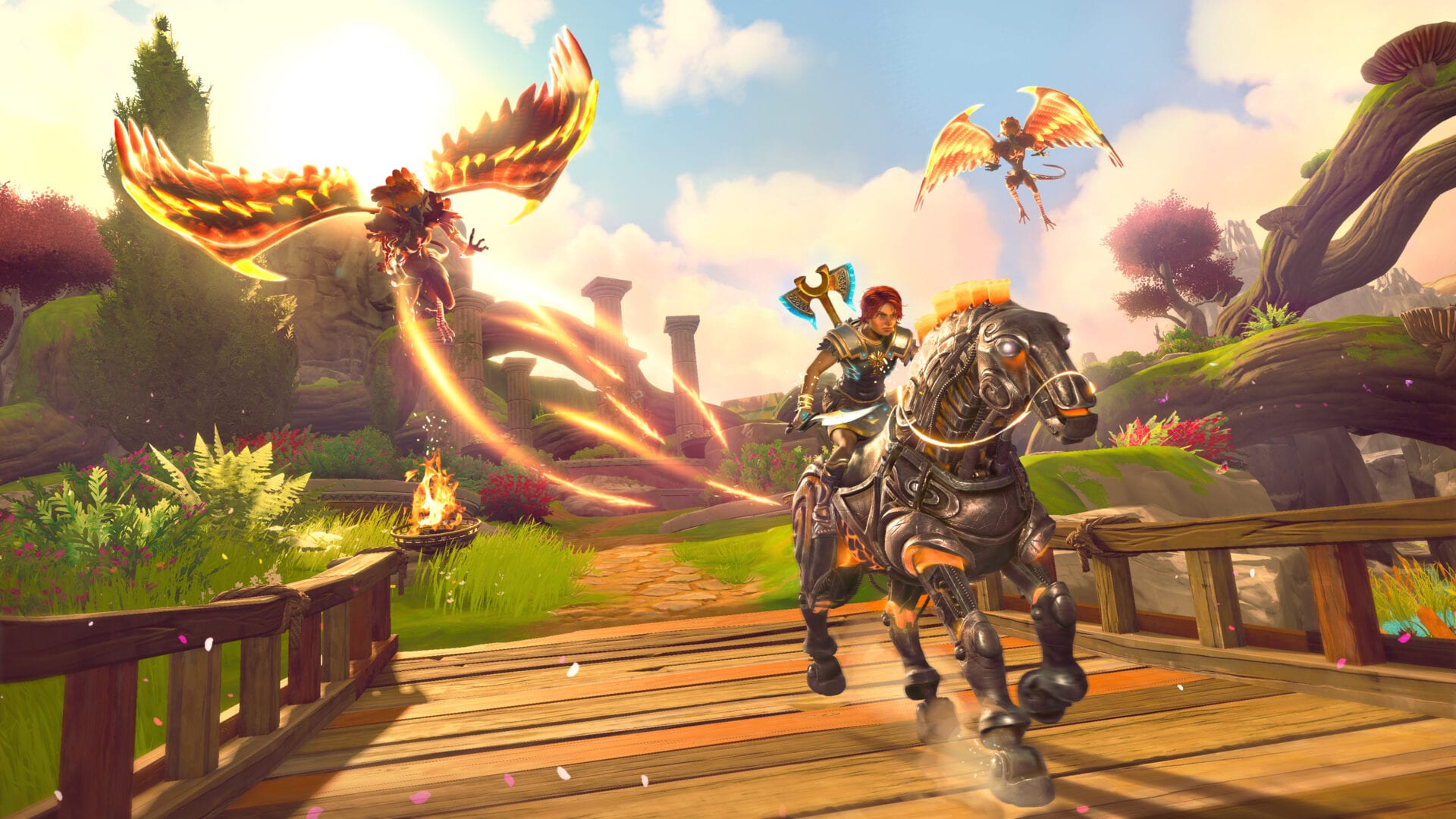 As Fenyx fights their way across the Gold Isle and meets the many Greek Gods along the way, they’ll inevitably run into Typhon’s minions that are more than willing to do its bidding. While you can run up and give them a face-full of melee attacks, it’s also possible to perform a stealth attack, sneaking up and catching them off-guard. In this guide, we’ll talk you through how to stealth attack in Immortals Fenyx Rising, so you can unlock the ‘Join the Creed’ trophy and achievement.

How to Stealth Attack

Performing a stealth attack in Immortals Fenyx Rising is very similar to how you perform one in other games. All you need to do is press Circle on PlayStation or B on Xbox to crouch and sneak up behind an enemy undetected.

When you’re close enough to their back, press Triangle/ Y to perform a stealth attack. This results in a one-hit kill on lesser enemies.

As a result, stealth attacks can be pretty handy for thinning out any crowds of enemies you may come across on your adventure, so you don’t have to face them all head-on and deal with inevitably getting swarmed.

How to Get the ‘Join the Creed’ Trophy and Achievement

This trophy and achievement simply requires you to perform 10 stealth attacks throughout the game. This is best done early on in your adventure, when things are relatively straightforward anyway.

Though, chances are you’ll unlock this naturally as you progress through the game anyway.

That’s everything you need to know on how to stealth attack in Immortals Fenyx Rising. Head over to our wiki for more tips, tricks and guides.