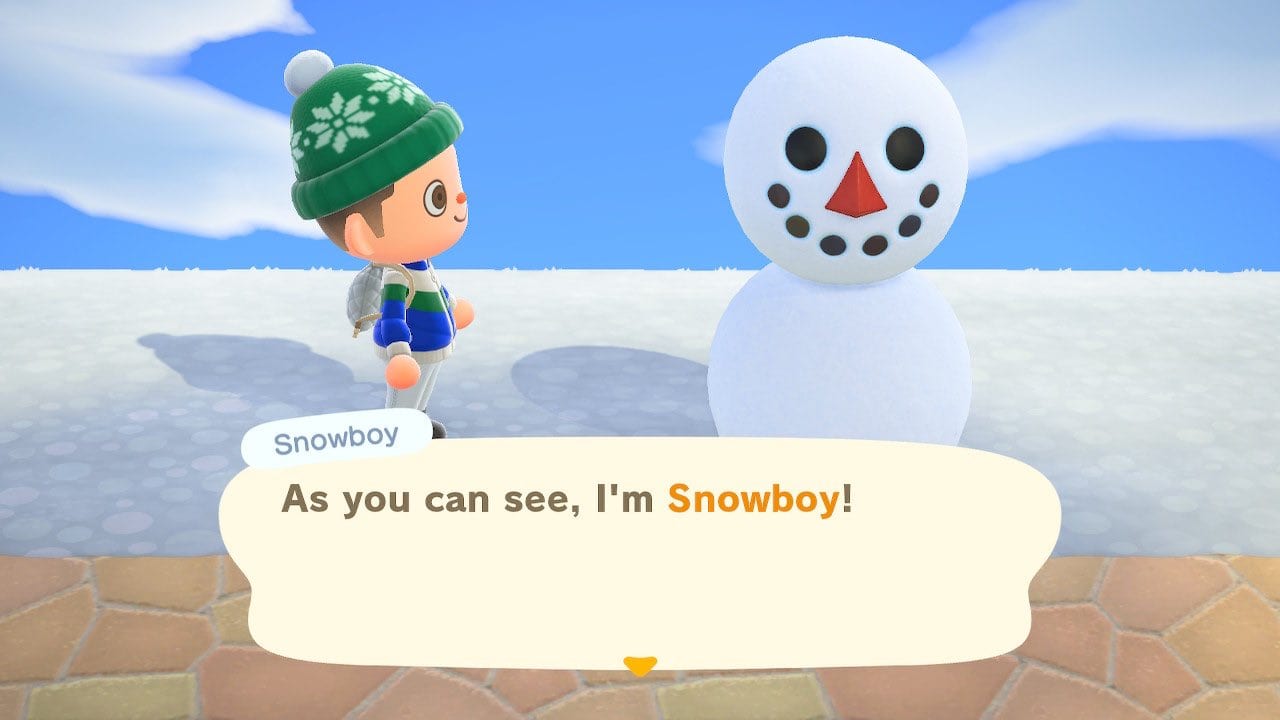 The start of the snow season in Animal Crossing New Horizons begins mid-December in the Northern Hemisphere and lasts through late February. During this time, you can collect frozen DIY recipes by building a snowman. Specifically, you’ll get the recipes and large snowflakes as rewards when you build a perfect snowboy. Here’s how to build a perfect snowboy in Animal Crossing New Horizons.

When snow is on the ground, you’ll find two snowballs somewhere on your island. They’ll be somewhat near each other. If you push them, they’ll roll and grow bigger.

To build a snowboy, you need to push the two snowballs close together. However, it’ll only be a perfect snowboy if both snowballs have the correct proportions.

Once they are about those sizes and you push them next to each other, your snowboy will come to life. He’ll assess himself, and if he’s perfect, you’ll be awarded with a frozen DIY recipe and a large snowflake.

Whether your snowboy is perfect or not, he’ll last for four days before melting. If you earned a large snowflake, you’ll be able to claim one each day that he is alive.

If you didn’t make a perfect one, you’ll have another chance after the one you built melts. Don’t forget to collect your large snowflakes each day because they are used in the DIY recipes for the frozen items.

That’s everything you need to know about how to build a perfect snowboy in Animal Crossing New Horizons. Check out our guide wiki for more tips, tricks, and information about the game.