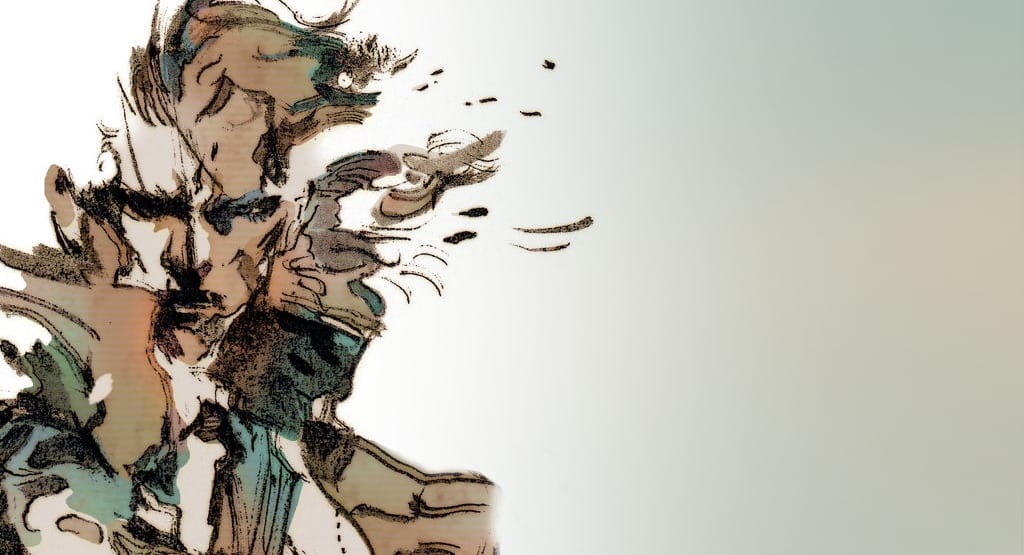 A film adaptation of Hideo Kojima’s beloved Metal Gear Solid franchise has seemingly been in and out of early production for years now, but it’s never quite been able to build any serious momentum. Until now.

A new initiative spearheaded by director Jordan Charles Vogt-Roberts first brought the project back to life in 2017, and only just last week news of its first casting surfaced. So, with Oscar Isaac reportedly set to play the role of the iconic Solid Snake, we can’t help but wonder who would make the perfect arch-nemesis as his older brother Liquid Snake. Let’s dive into it, shall we?

Alexander Skarsgård definitely has the look and physique to match Liquid Snake, which is nicely demonstrated by the above image of him taken during the filming of Tarzan.

Most people, though, will probably remember him best from the television series True Blood, in which he played the overly confident Eric Northman. It’s not too hard to imagine him playing the similarly cocky Liquid Snake.

Skarsgård isn’t especially well-known for playing villains, though he did an excellent job in Big Little Lies as the icy and downright repulsive Perry Wright, so we think he certainly has the skills to pull off Metal Gear Solid’s tyrannical bad guy.

Michael Fassbender has proven himself capable of playing both heroes and villains over the course of his career, but some of his best recent performances have certainly been as the latter.

In particular, Magento in The X-Men, and David in Alien: Covenant/Prometheus are two that instantly spring to mind, with Fassbender doing an excellent job in portraying that both characters’ evil actions are rooted in a misguided notion of justice. They’re the sort of antagonists audiences love to hate, which is exactly how we imagine Liquid Snake being received.

Fassbender will certainly come at no small cost to the Metal Gear Solid production team given his caliber and resume, but if they can land him then it’s hard to think of a better match.

The Marvel’s Avengers saga is among Hollywood’s biggest ever, drawing in the industry’s top talent over the past decade for some memorable performances as Marvel’s most iconic heroes. Only a few, though, have the distinction of playing villanous characters, and that includes Tom Hiddleston with his excellent portrayal of Loki.

And just like the mischievous Loki, Liquid Snake is Metal Gear’s equivalent of a deceitful and nefarious traitor hellbent on destroying his brother as he seeks to wreak chaos on the status quo. It’s easy to see how Hiddleston’s experience could transfer over so easily to Liquid Snake.

Troy Baker hardly needs introducing to most video game fans; the man is in practically every single major AAA title voicing one role or another! But as good as Baker’s vocal talents are, we’d love to see him exercise his skills on-screen, too.

For one thing, Baker’s appearance is a great fit –his slender physique and blonde hair arguably resemble Liquid Snake more closely than anyone else on his list. But more than that, we think he’d bring a unique energy and passion to the role having already voiced so many iconic video game characters over the years.

Tom Hardy is one of Hollywood’s hottest properties, and he’s no stranger to playing villains and anti-hero-style characters from various corners of nerd culture. That includes Bane in Batman, the titular Venom in the recent film, and John Fitzgerald in the Oscar Award-winning film The Revenant.

Of all the actors on this list, we’d actually back Hardy as most-capable of nailing Liquid Snake’s unsettling persona and accent given his track record with all sorts of iconic characters.

Quite whether the Metal Gear Solid production would have a budget that would stretch to include Hardy as a cast member, we’re not sure. What we do know is that he’d absolutely be capable of bringing some magic to the role and putting in a memorable performance.

Dan Stevens’ breakout role was playing Matthew Crawley in the acclaimed period drama Downtown Abby, so he’s perhaps not the first actor who springs to mind as a good for the raving, tyrannical Liquid Snake. In fact, he hasn’t played all too many bad guys throughout his entire career.

But one thing that Stevens has spoken about in the past is his desire to play a diverse range of roles, which was among the reasons he left Downtown Abby despite the show’s massive popularity.

Since then, he performed superbly as The Beast in Disney’s Beauty and the Beast, as well as proving himself capable of playing a bad guy in Call of the Wild as Hal.

Stevens certainly has the look and accent to nail Liquid Snake, so if he was interested in the role we’d definitely love to see it.

Nikolaj Coster-Waldau should be instantly recognizable to most given his breakout role as Jamie Lannister in Game of Thrones.

While the Danish actor’s resume does actually span a good twenty years before the first episode of HBO’s beloved fantasy series, it was Game of Throne’s popularity of that series that really elevated his fame to stardom.

Assuming the upcoming Metal Gear Solid movie is as good as well hope it turns out to be, we think a stellar performance as Liquid Snake would be one sure way to continue his career’s upward trajectory. He definitely has both the looks and the talent to bring something special to the part.

But is he too old at 50? Quite possibly, though you’d have to imagine some makeup, longer hair, and some clever camera work could sort things out, right?