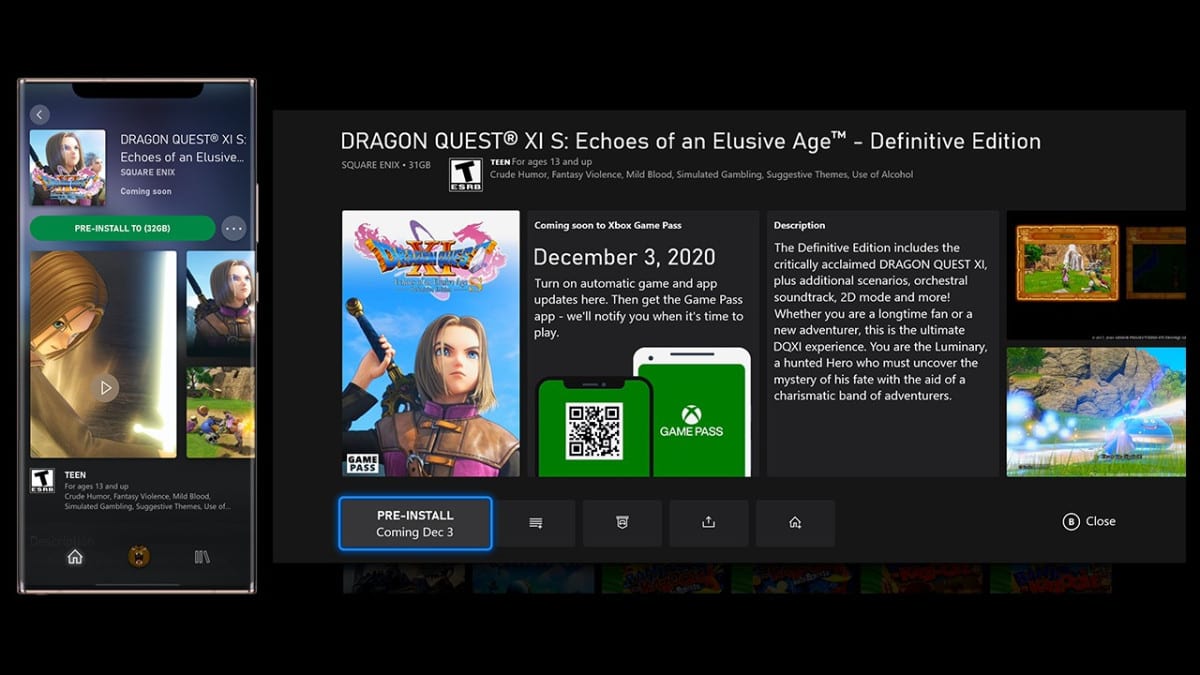 The Xbox Series X|S and Xbox One both received a console update that features pre-installing Game Pass games, new options for the dashboard, and more.

The November 2020 console update for all three systems now offers the ability to pre-install games that are scheduled to be added to Xbox Game Pass.

Xbox Game Pass games that allow pre-installing can be found in the “Coming Soon” section of the Game Pass app on the console. Microsoft noted that not all upcoming games will allow it, but the mobile Game Pass app can add it to players’ download queues when it is available to download.

The Xbox Series X|S dashboard received six new dynamic backgrounds that are include “homages to previous generations of Xbox consoles and others based on popular profile themes.” The dynamic backgrounds are a new feature to the Series consoles, and the company said it would continue to explore additional designs.

Also included in the console update are “Optimized for Series X|S” badges displayed in My Games and Apps, an Auto HDR tag shown while playing a game when it is turned on, achievement status in the Game Activity tab of the guide, and adding family member accounts during console setup.

I am an Air Traffic Controller: Airport Hero Haneda Announced for Nintendo Switch Including English Language