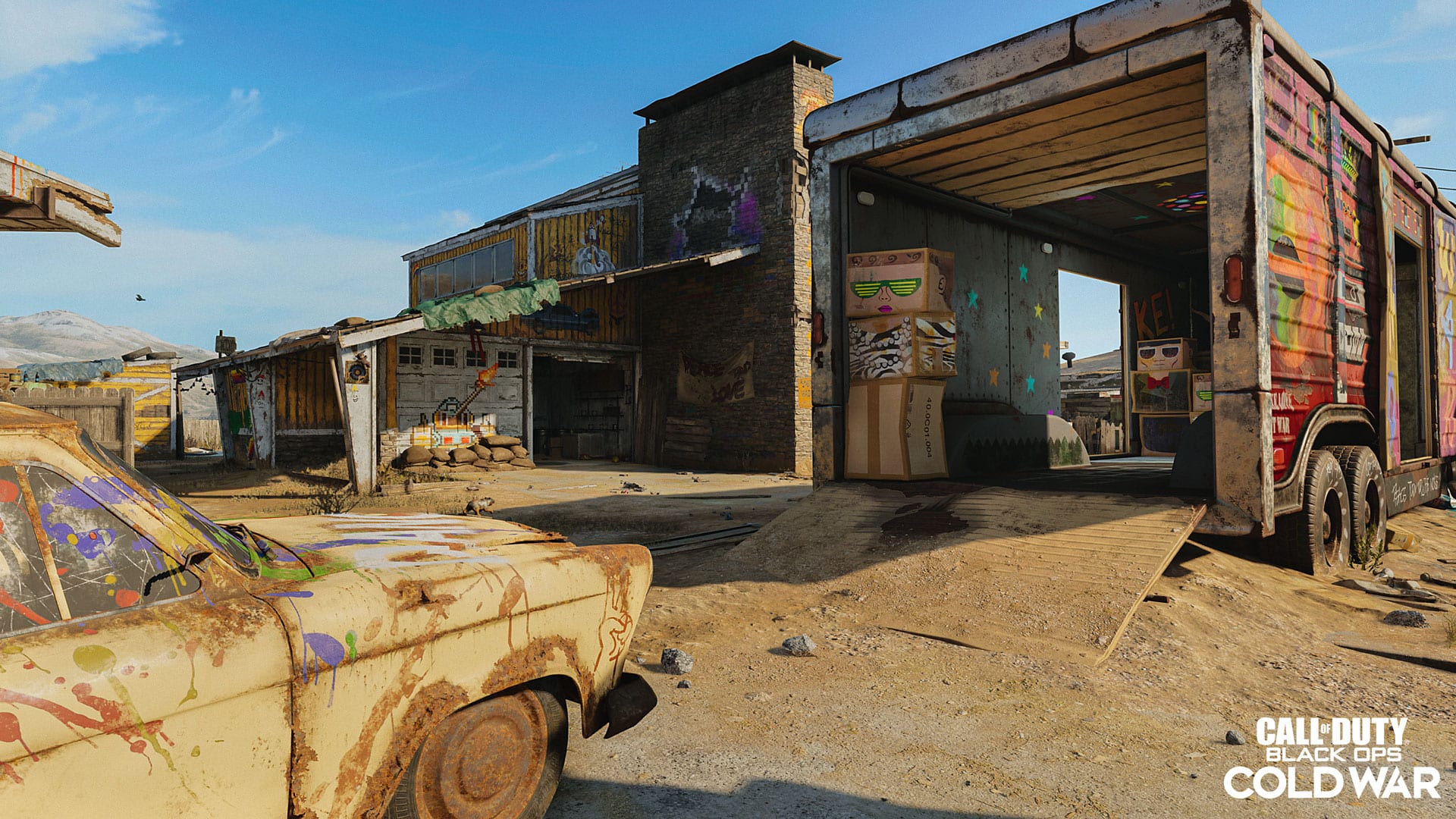 In the first significant Black Ops Cold War content update, an updated version of the Nuketown map has been added to multiplayer.

The map is called Nuketown ’84 and is a Cold War variation of the fan favorite map, which made its first Call of Duty appearance in the first Black Ops game back in 2010.

It has been added to the game free of charge for all Black Ops Cold War players, so you’ll see it as part of a Nuketown 24/7 playlist, where it’s exclusively available. As always, it’s a small map, so expect the action to be as hectic as ever. The map’s description reads:

“Veterans of the franchise know Nuketown well, but in 1984, it turns out the original testing ground for the most powerful bomb on the planet had a sister site: one that has been lost to time until a few curious travelers turned it into their own. personal sanctuary.”

Also, coming alongside Nuketown ’84 is a Double XP and Double Weapon XP period. Celebrating the Thanksgiving holiday, you’ll be able to get double XP from now until Monday, Nov. 30 at 1pm ET. Get grinding those challenges and weapon levels if you’re after new attachments and your first Prestige.

For more on Nuketown ’84, including some good strategies on how to approach it, check out Activision’s release notes. More free content will come as part of Season 1 and Black Ops Cold War’s combining with Warzone, which will come on Dec. 10. For more on that, be sure to check back with Twinfinite.