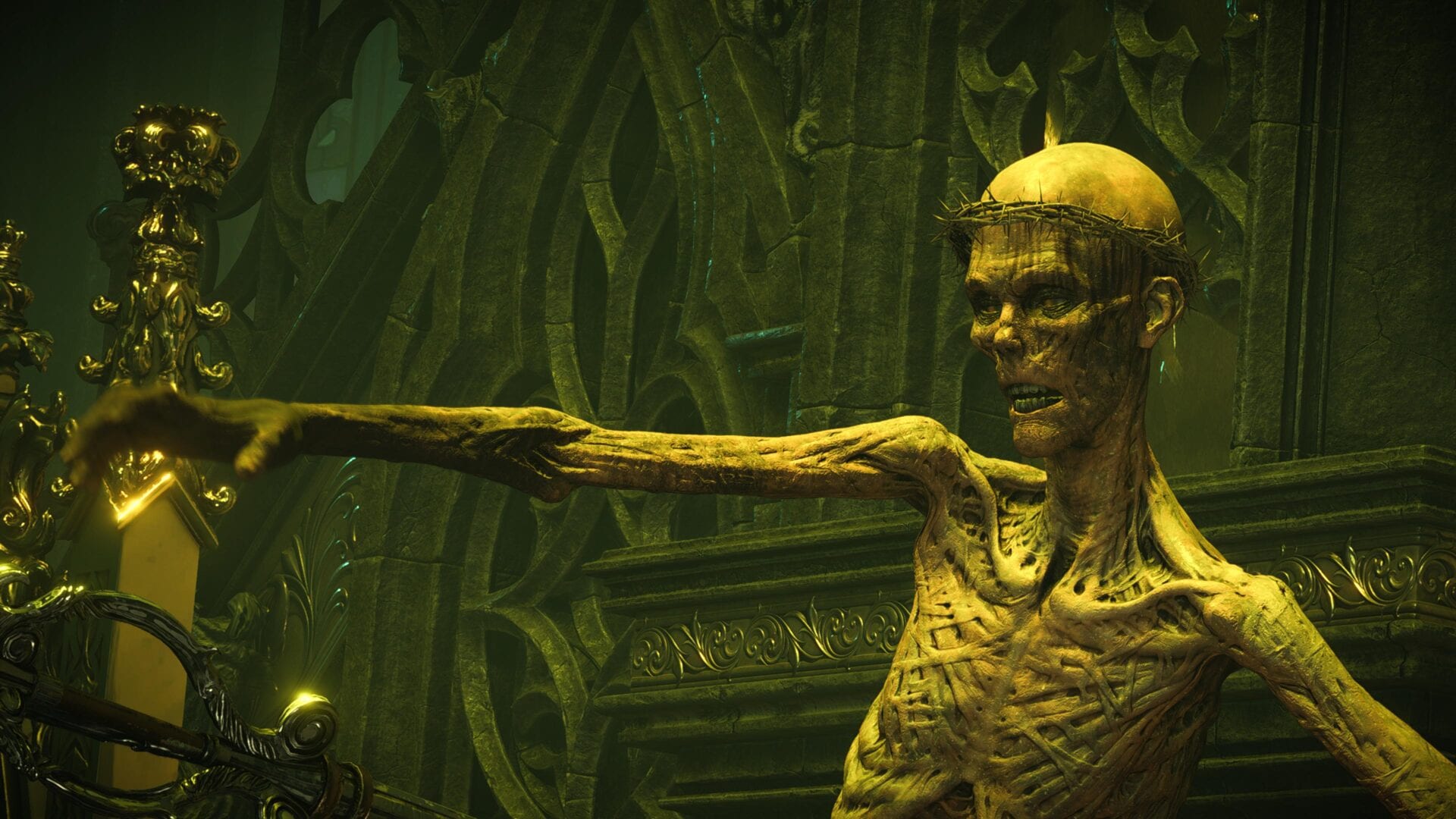 Demon’s Souls is packed full of nightmarish boss encounters, each more insidious than the last. Some are climactic confrontations, others are more like puzzles waiting to be solved… others still are just plain freaking cool. Let’s take a look at how to beat the Old Monk boss fight in Demon’s Souls.

The Old Monk boss is encountered at the end of 3-3, that is to say, the boss of the third area in the Tower of Hope Archstone, and the source of corruption plaguing Latria.

In the grand tradition of the Souls series, the Old Monk boss fight is something of a fake-out. Rather than fighting the monstrous old man atop his creepy throne made up of hundreds of broken chairs… he instead summons another player to duel you in his stead. Yes, another actual human being who is also playing Demon’s Souls. Cool, right?

That is, of course, if you are playing the game online. If you aren’t, you will instead fight a fairly generic and straightforward Black Phantom NPC. This is honestly the far easier route, and if you are looking to simply clear the area then you should just play offline for this one. Just know, you are missing out on a very cool encounter, and one that is unique every time it is played.

Due to the massive amount of build variety offered in Demon’s Souls, a specific strategy for the PVP version of this fight is an impossibility, as you never know what you are going to face once you step through the fog gate.

There are some general tips you should keep in mind though, if you are struggling.

First of all, roll forward as soon as you step through the fog gate. Savvy players will position themselves behind you from the get-go, so as to hit you with a powerful backstab, which, if it doesn’t kill you outright, puts you at a serious disadvantage from the outset.

The arena is littered with destructible chairs, and you should use them to your advantage. Position them between your opponent and yourself when healing or trying to regain stamina. They don’t provide much in the way of cover, but will frustrate an opponent’s attempts to close with you, and a second can be the difference between life and death.

Always circle your opponent, and attempt to bait them into attacking. You want to strike when you have a stamina advantage, but dont get too eager! Make sure you always have atleast enough left over for a dodge roll or two. Create some distance after you get a few hits in, and beging the process again.

Keep calm, remain patient, and wait for your foe to overextend themselves, and before you know it, victory will be yours.

Thats it, everything you need to know about how to beat the Old Monk boss fight in Demon’s Souls. For the latest news and other helpful guides, we’ve got you covered here.