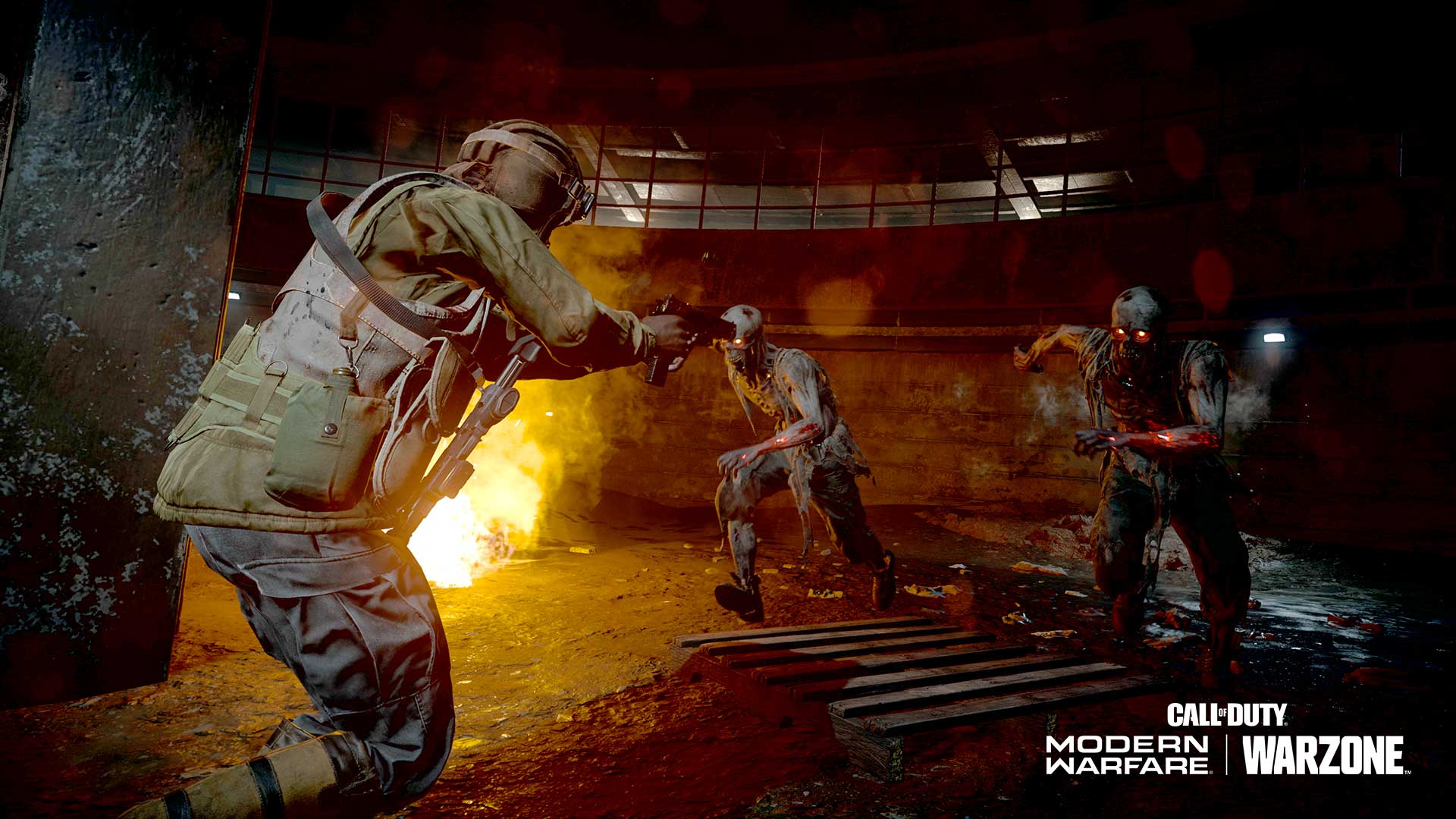 This week, the first-ever Halloween event started in Modern Warfare and Warzone. The Haunting of Verdansk’s additions are more fun and impactful than any other previous event or new season update, and are a great example of the sort of content Warzone needs more of.

Since its launch in March, Warzone has received some changes every few weeks, usually at the start of new seasons. The likes of the famous and mysterious Bunker puzzles from Season 4, the opening of Stadium, and the addition of a metro system are cool enough, but they don’t really change the experience unless you seek them out and risk dying early.

The likes of Fortnite have proven that significant map changes, long term events, and theme deviations are vital to keeping fans interested and I was worried that Warzone’s lack of such content would see its popularity die off quickly. Thankfully, Haunting of Verdansk is the right kind of event and it has been implemented well.

The first notable addition is Zombie Royale. While playful variations of the battle royale formula aren’t something that Warzone is a stranger to, with the likes of Plunder, Blood Money, and Armored Royale rotating in and out every couple of weeks, Zombie Royale is more of a departure than any other.

While it’s still about being the last Operator alive, you now come back as a zombie when you die, rather than going to the Gulag. You can then respawn as an Operator again if you collect two syringes. Not only does the constant respawning create mad games, but being a zombie is an enteriely new way to play.

As one, you’re fast, can jump over buildings, are lethal up close, and can set off EMPs to annoy the human players still alive. It’s hectic, lighthearted, and a lot of fun.

If you’re more interested in the standard modes and racking up wins on the leaderboard, you’ll be more excited by the other changes that the Haunting of Verdansk event has made.

First of all, you can now play standard battle royale trios on a nighttime version of Verdansk. While it only seems like a surface alteration, it actually changes the whole game.

While people have stuck to their tried and tested loadouts, with the Grau and Kilo still being everywhere and few people picking up thermal scopes to take advantage of the darkness, how you have to play has still had to change due to the lighting.

The main difference is how you interact with buildings. Due to the lights being bright inside, it’s much easier to see in from the outside than out from the inside. Therefore, it reduces how effective camping in houses is, bringing players into the open for firefights.

You also have to focus far more closely on what’s around you. It’s much easier to hide out in the open, with flashes of shadows not catching the eyes of enemies so easily. The balance of a reduction to camping in houses with having to take it slow out in the open makes for matches that flow differently.

That makes the addition of night mode a more significant change than any other. Just altering locations or adding new ones in just adds new options and won’t ever have the same effect, especially if they’re completely optional.

If you’re used to landing at Dam, opening up Stadium won’t affect you unless the zone forces you there, but plunging the whole map into darkness will do.

It shows that changing the entire map or the theme of the existing one has the potential to keep Warzone fresh.

It’s not perfect, with the lighting transitions as you go from inside to outside being jarring and window reflections being too distracting, but it’s mostly a great implementation.

The Trick or Treat loot rewards are great too. For most players, the rewards themselves are pointless – an orange skin blueprint not being enough to make you want to scour the map for 16 items – but actually encountering them is great.

The jump scare that plays when you open chests and find some of the loot items is genuinely terrifying when you’re not expecting it.

Warzone is a fast-paced game, with you sprinting around to open chests and find cash, so being shocked out of nowhere adds a new dimension. Having a squadmate scream down their microphone when they’re not expecting a scare will never not be funny.

Again, it’s Infinity Ward doing something a bit more out there and playful. The previous additions to Warzone have been fine but uninspired, so Haunting of Verdansk is a great way to break the mold. I hope more of this kind of content comes over the following months because the player base will drop off again without it.