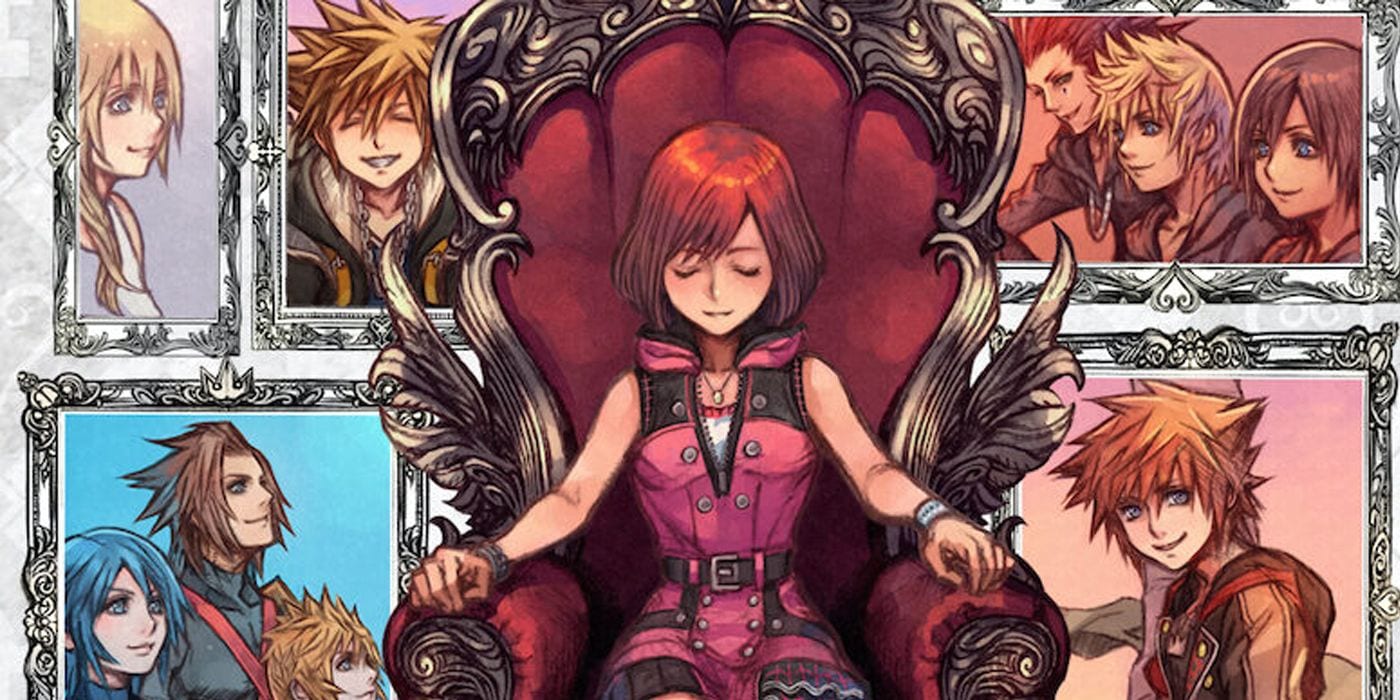 The Xenohart saga is over, but that doesn’t mean the friends and memories we’ve made along the way have to fade away. At least, that’s what I’d imagine Sora would say if he was checking out Kingdom Hearts: Melody of Memory for the first time.

Developed and published by Square Enix, Melody of Memory is a Kingdom Hearts-themed rhythm game that lets you play through various levels accompanied by a series of iconic musical tracks from the series. This past week, I got to check out a demo build of the game and had access to four tracks and levels. Because it’s a demo, many of the game’s core features are still locked away, but the rhythm gameplay is certainly solid.

You’ll take control of Sora, Donald, and Goofy as they run along a track battling enemies while the music plays. The goal here is to get to the end of the stage while hitting enemies to the beat of the music. Miss a beat, and you take damage. Take too much damage, and it’s game over.

With the L1, R1, and X buttons, you can hit enemies. As you get further into the track, multiple enemies will show up at once in succession, forcing you to hit two or even three buttons at the same time to get through. Every now and then, you may have to press and hold the Circle button to glide, and use the analog stick to move Sora around to hit several notes.

And finally, you can’t forget those iconic Triangle reaction buttons that the Kingdom Hearts series has adopted since the second entry. These let you pull off a special attack to hit far-off enemies; and again, miss, and you’ll take massive damage. There are jump attacks as well, forcing you to hit Circle to jump before quickly tapping X to hit an enemy before it can get you.

There’s quite a lot to keep track of just within the rhythm gameplay system itself, and there’s definitely a bit of a learning curve here. But like all rhythm games, once you commit those button inputs to muscle memory, you begin to enter a trance-like state where you’re just bobbing and weaving to hit all your notes while bopping to the music.

Make no mistake; for a rhythm game, Kingdom Hearts: Melody of Memory is actually pretty tough. Of the four tracks available to me in the demo, I got a B rating for three of them, and a C rating for the last one. If you were expecting a rehash of the Theatrhythm games Square Enix released for the 3DS all those years ago, you’ll be pleased to know that this is quite a step up.

The game features three difficulty settings, along with different styles you can play in. The standard style features all of the button inputs I mentioned above, and there’s also a one-button style that simplifies the gameplay, making it easier for you to get through your tracks. There’s also a performer style, which adds more buttons and flourishes for you to pull off in the tracks.

Outside of that, the demo build also allowed for some co-op functionality so that you and another friend can take on levels together. As you complete tracks, your characters will level up, increasing their stats and letting you take on tougher, more demanding levels.

While I didn’t get to check these other modes out in the demo build, Melody of Memory will feature a World Tour mode, which is what I assume to be the “campaign” of the game. There’s also a versus mode that lets you compete with other players, and a gallery for unlockables.

Overall, Kingdom Hearts: Melody of Memory isn’t going to wow anyone who isn’t already invested in the series. It’s shaping up to be a decent enough rhythm game designed to take fans on a trip down memory lane to revisit the best musical bits of Kingdom Hearts.