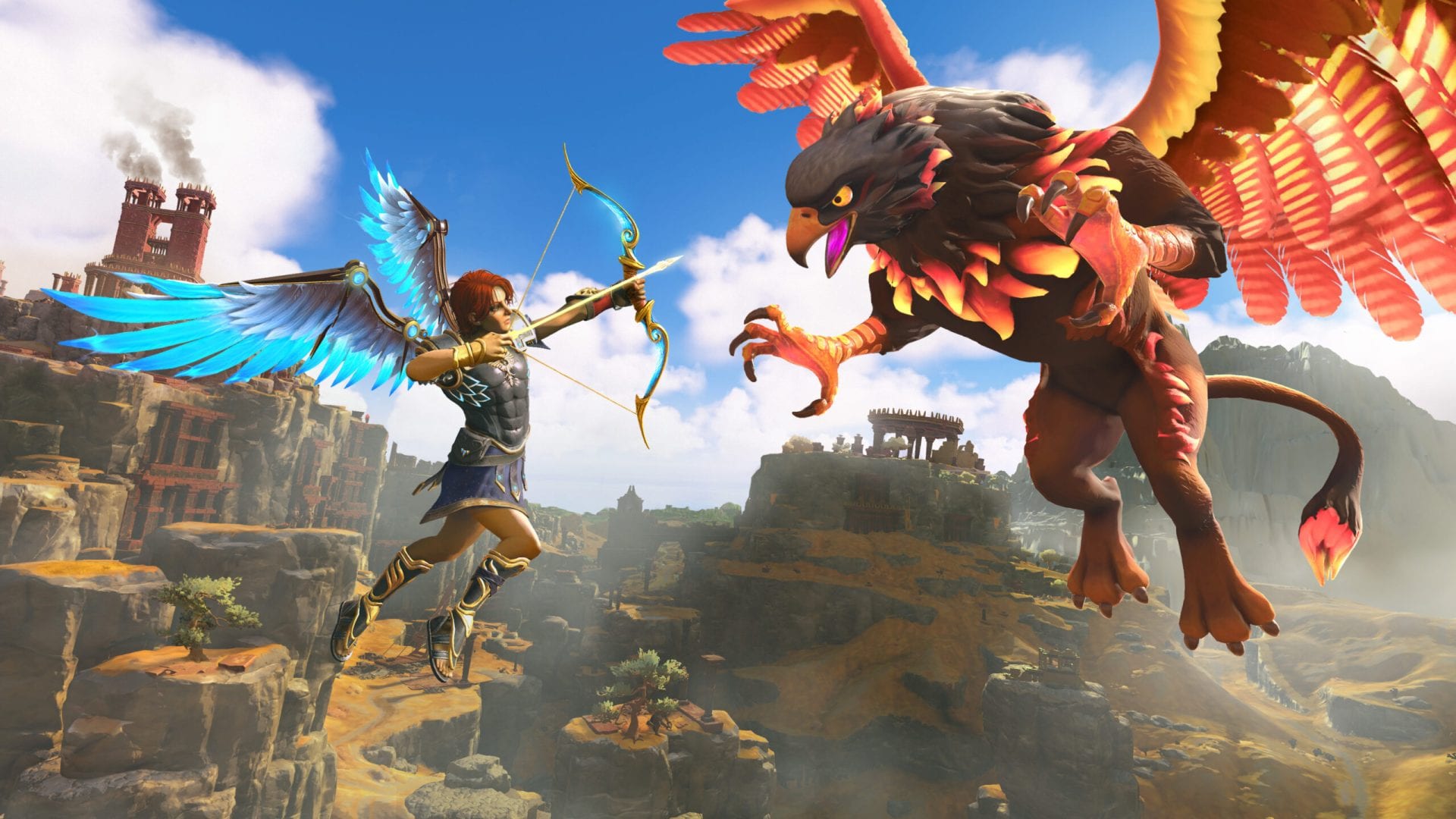 It’s ironic that Immortals Fenyx Rising is coming to Nintendo Switch given the extent to which Ubisoft has borrowed game design from The Legend of Zelda: Breath of the Wild. The similarities border on parody, in fact, highlighted once again during today’s surprise Direct as the very first footage of the game running on Nintendo hardware offered an overview of its key feature.

“Run, swim, climb, ride horses, and soar across the sky,” we’re told as a montage of copy-cat gameplay unfolds. But beyond the amusing similarities between Ubisoft’s cel-shaded new open-world game and Breath of the Wild, the takeaway is actually how poor the game looks on Switch.

Obviously, it was never likely to look particularly sharp, given that it’s been developed for other platforms far more powerful first and foremost. And the fact that it’s even coming to Nintendo Switch in the first place is something to be celebrated. Still, the resolution, frame rate, and apparent lack of anti-aliasing are definitely jarring.

I’m sure Fenyx will look fine enough in handheld mode, but on the big screen it’s likely to server as a reminder that the age of third-party games on Switch isn’t going to last much longer as the PS5 and Xbox Series X arrives.

How about that Switch Pro, then, Nintendo?

Immortals Fenyx Rising launches on Dec. 3 for PS4, PS5, Xbox One, Xbox Series X, Nintendo Switch, and PC. You can check out more of the game in action in another recent trailer here.