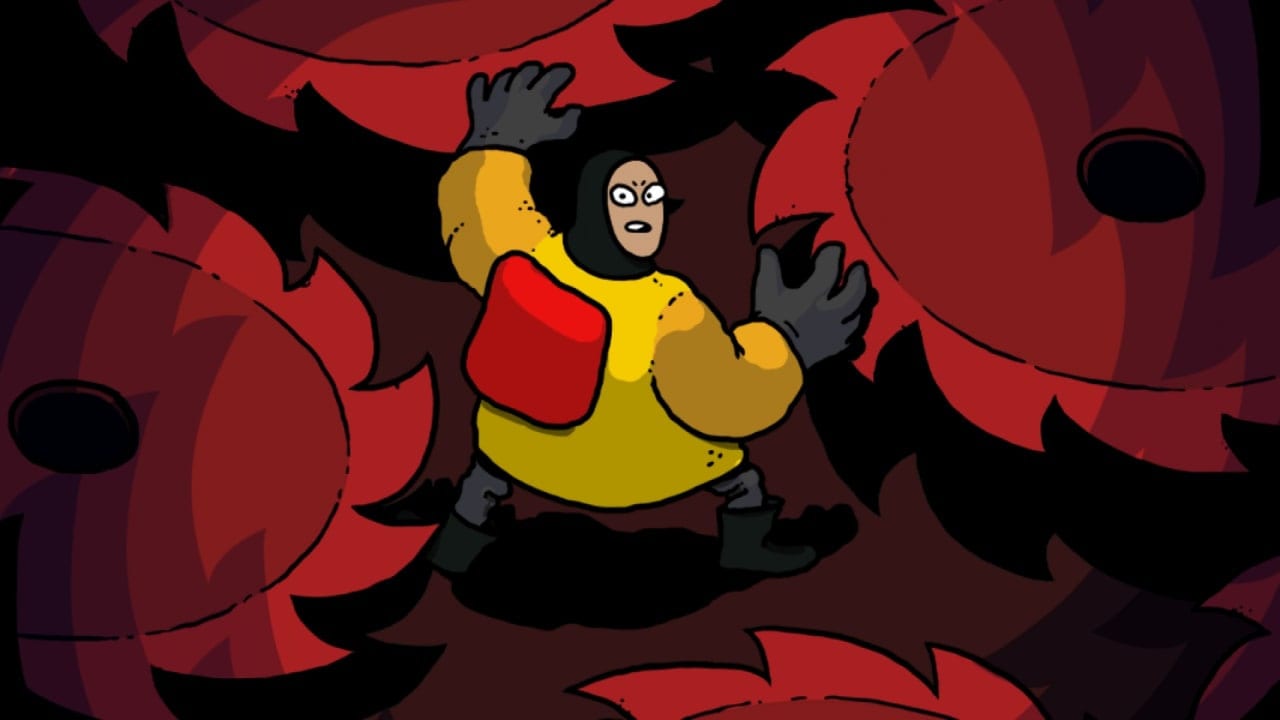 The only thing that could make the chaos of a bullet hell game even more stressful is adding puzzles into the mix. That is precisely the premise of Disc Room.

When a giant disc appears outside Jupiter’s orbit in the year 2089, it is up to one scientist in an oversized yellow spacesuit to figure out what is happening. To do so, they must explore rooms rife with various deadly discs, tasked with completing objectives to progress to the next area.

Some objectives are as simple as surviving an allotted amount of time, where others require the scientist to die a certain way. Each room’s goals and rewards evolve as you progress, even providing six unique abilities to combat the growing chaos.

One ability lets you slow down time, where another allows you to create and control your scientist and its clones simultaneously. Different skills work best in different situations, meaning you’ll need to swap them out to solve the puzzles or boss fights that make up Disc Room’s various areas.

You’ll navigate by going left, right, up, or down in a grid shape pattern. A map is provided to help differentiate which rooms you’ve unlocked so far.

While it’s a bit confusing at first, the game’s map turns out to be very helpful. Alongside markers differentiating room stats, like surviving a room for 20+ seconds, it lets you fast travel to whatever room you’re hovering over on the map.

That might seem like a small detail, but it was nice not having to traverse each room while looking at the map to see if you’re going the right way.

Gameplay-wise, the actual movement is fluid and fun. Nothing is more exciting than narrowly avoiding death while zipping around with the arrow keys, even if it only meant living another second. The sense of accomplishment provided by surviving only a few seconds is something the game does really well.

Instead of feeling dishearted by a quick death, moment to moment gameplay goes by so quickly that you’re playing again before you know it, quite literally. The scientist respawns pretty much instantaneously, which helps consider how often you die in this game compared to most.

With that said, there are some rooms and puzzles that are frustrating. Since a lot of the gameplay is random, there will be runs that require a combination of luck and timing to move forward.

Experiencing that failure over-and-over again due to bad luck can be a bit exhausting. Thankfully, Disc Room is a game you can put down and come back to if you’re getting annoyed with it.

Since each encounter only lasts seconds to a couple of minutes (at most), the game works whether you’re playing for short or long periods of time. Speedrunners are sure to have a field day with Disc Room, too, as everything about the game is centered around time.

There’s plenty of replayability as well, as you can compare your times in each room with other friends and even the developers via the leaderboards. Bullet hell veterans looking for more of a challenge will also love Disc Room’s Hard Mode, which unlocks after beating the game.

Hard Mode not only makes things more challenging, but it also changes the rooms entirely. You’ll need to adapt on the fly if you start a new playthrough while playing on hard, starting from the end and making your way back to the beginning, but with completely different stages.

Newbies to the bullet hell genre should also try Disc Room as an entry point to the genre if they are curious. The game feels much less like a dodging simulator and far more like a puzzler where you die quite a bit.

All in all, Disc Room is a solid addition to the bullet hell genre. Alongside fluid gameplay mechanics, the choice to include puzzles makes the reaction-based thought process required to succeed in the game that much more chaotic and fun.