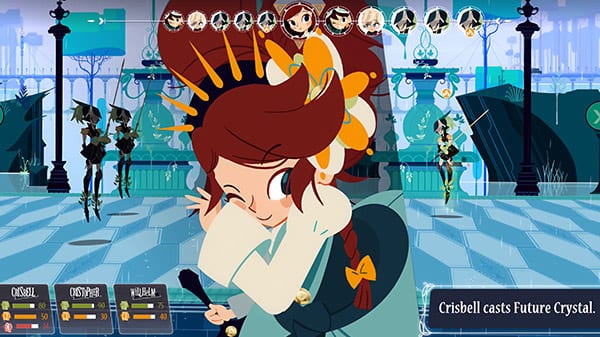 Developed by Modus Games, Cris Tales is a homage to old school JRPGs and it’s certainly gathered quite a bit of buzz with its beautiful art style and whimsical graphics and sprites. The game was originally supposed to be released for consoles, PC, and Stadia in November. However, the developers have since announced that they’ll be pushing the game back to 2021.

The game’s also gotten a new gameplay trailer, which you can check out down below:

Regarding the delay, Modus Games explains that they’re a small development team and simply require more time to polish the game up further to deliver the best possible experience.

“As you probably know, most areas and people in the game must be created at least three times, if not more to show the different past, present and futures. So, in a way, it’s like developing three different video games at the same time. Three video games that must be impeccable so that we can deliver all the magic we have in our soul to all of you. We want to make sure to earn all the love you’ve all shown in our events, demos, previews and so much more.
With the release of the demo for consoles, we have seen some of you give us feedback on some fronts that we also want to address, and we want Crisbell’s adventure to be narrated in the best possible way, so we hope you take this extra time as the time we need to polish the experience we’re sure you will all love and cherish.”

Cris Tales is set to be released early next year for consoles, PC, and Stadia.