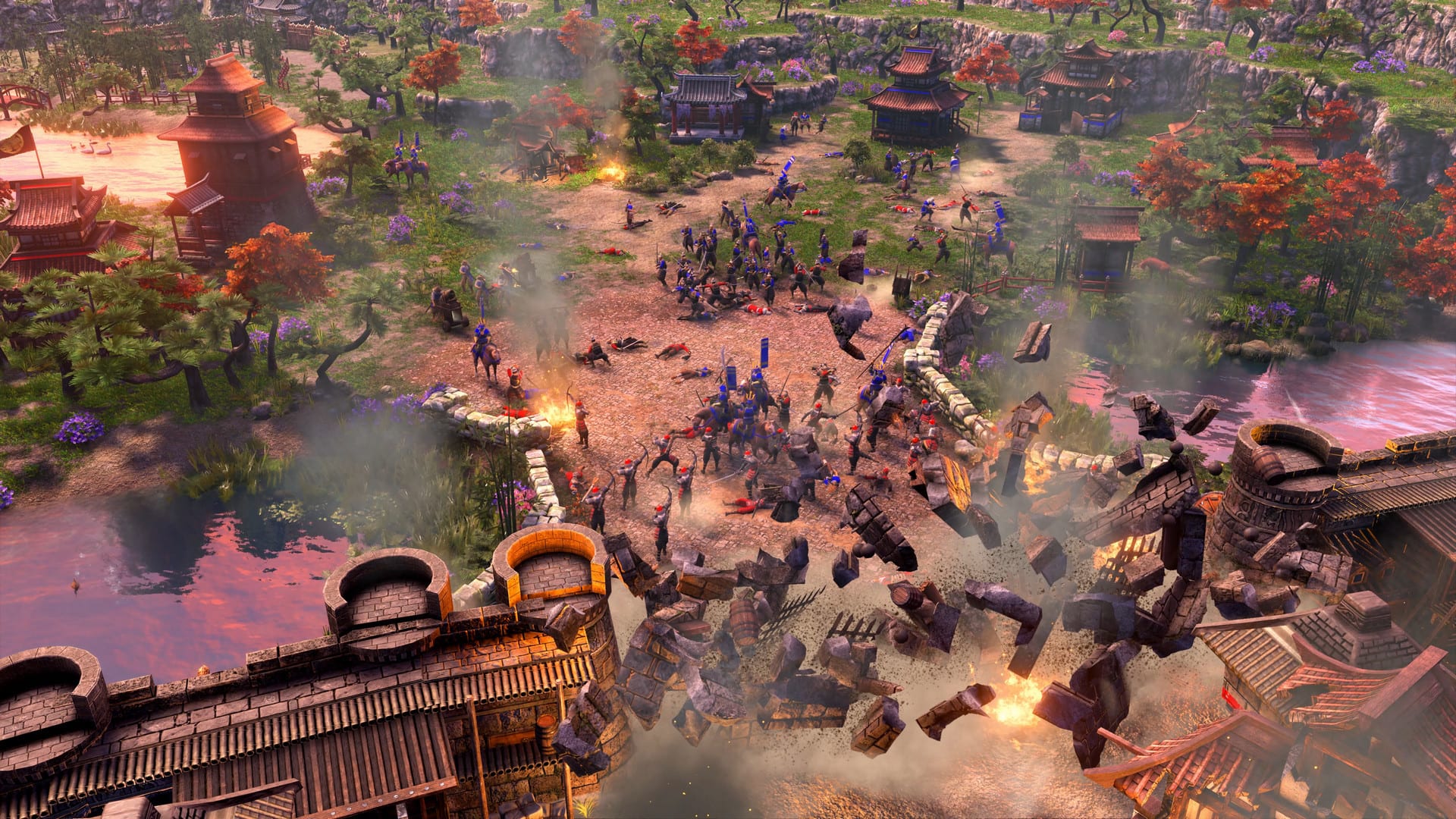 With Age of Empires III Definitive Edition, developer Tantalus Media has brought the last entry in the genre-defining series of real-time strategy games to modern audiences, warts and all.

When it originally released back in 2005 (developed then by Ensemble Studios), Age of Empires III was sort of the black sheep of the family. It sold well and generally garnered favorable reviews, but it was a deviation from what players had known before, and its nuances took a little more getting used to.

Set during the Age of Exploration, players would assume the role of a colony of one of the major powers of the time, European for the most part, but later DLC expansions introduced playable Native American and Southeast Asian factions as well.

Like both previous games before it, gameplay is focused on managing your fledgling community, directing settlers to secure the necessary resources to expand. The goal was to improve the technological level of your society, which in turn allows you to unlock more advanced military units, and ultimately defeat any enemy factions present on the map.

Where it differed from the norm most was with the introduction of the Home City mechanic, which was a representation of the capital city of the faction you were currently playing as.

By recruiting units, killing enemies, and constructing buildings, you would earn XP that could in turn be used to ship powerful units or resources directly to your colony, or unlock powerful buffs and bonuses.

The Home City was invulnerable, and also persistent across all games, featuring an element of deck-building to allow players to compliment the way the like to play.

If you like to rush, for example, you could select cards that ship extra soldiers during the early stages of the game, and allow you to overwhelm an opponent before they consolidate a position.

It was a pretty massive shakeup to the traditional way Age of Empires had historically played, and the influences from Ensemble Studio’s supernatural spin-off, Age of Mythology, were clearly evident.

With Age of Empires III Definitive Edition, you get the base game and both of its expansions, The War Chiefs and The Asian Dynasties. In addition, the entire game has received a pretty remarkable graphical overhaul, which goes a long way to breathing new life into what is now a venerable game.

There are two new civilizations to play as, Sweden and the Inca. They each have several units unique just to them, and their addition is a nice touch that is much appreciated.

The bulk of the single-player experience is the three narrative campaigns included, and each is fairly substantial. I loved them when I was younger and I enjoyed revisiting them here. The base game’s story takes 15-20 hours to play through, with the expansions each running around half that, and all are tough in places, even on the standard difficulty.

The base games story revolves around several generations of the Black family, whose fortunes rise and fall as the age progresses. It’s nothing groundbreaking, but it’s a effective framing that ties the entire era together, with pre and post-game cutscenes being ably narrated.

There are, of course, the randomly generated maps that are synonymous with the series, and you can play against either the AI or human opponents, depending on what kind of challenge you are looking for.

New to the Definitive Edition is the inclusion of the Art of War mode, which was brought forward from Age of Empires II Definitive Edition. These curated scenarios have been designed to help bring newer players up to speed with both the basics and some of the more complex strategies and tactics required to triumph in multiplayer.

There are also Historical Battles to contend with, which are new custom scenarios for players to test their skills against. While not as produced as any of the campaigns, each does feature a nice little bit of narration to set the stage and offers a nice new challenge for returning fans.

While clearly a love letter to long-time fans, the biggest problem with Age of Empires III Definitive Edition is that it is a product of its time, which is to say, it plays like a strategy game from the mid-2000s.

Strategy games have come a long way since, and while the genre owes much to this series, that fact doesn’t make any of the more archaic design elements present easier to bear, when viewing them from a modern context.

The AI, which has apparently recieved a slight upgrade for this re-release, can still be frustratingly obtuse at times. Unit pathing, too, leaves much to be desired, especially during the heat of battle.

I found myself less forgiving of the games interface and stiff camera controls than I was when I was younger, when my experience with the genre was limited to the Age of Empires series.

But in 2020, options are near limitless. More modern franchises like Company of Heroes 2, the Total War series, or the recent Iron Harvest 1920, show just how far strategy games have come in the past decade and a half, and make Age of Empires more simplistic gameplay feel somewhat dated by comparison.

That being said, Age of Empires III Definitive Edition is a fantastic trip down memory lane, and the goosebumps I felt hearing that title theme again were very real. But without that nostalgia factor driving you onward, I just wonder how a player completely new to the series would fare.

While it may not hold the same appeal to new players, returning fans can revisit this classic and find themselves transported to a different era. With Age of Empires IV currently deep in development, time will tell whether this venerable series can truly make the jump to the modern age. 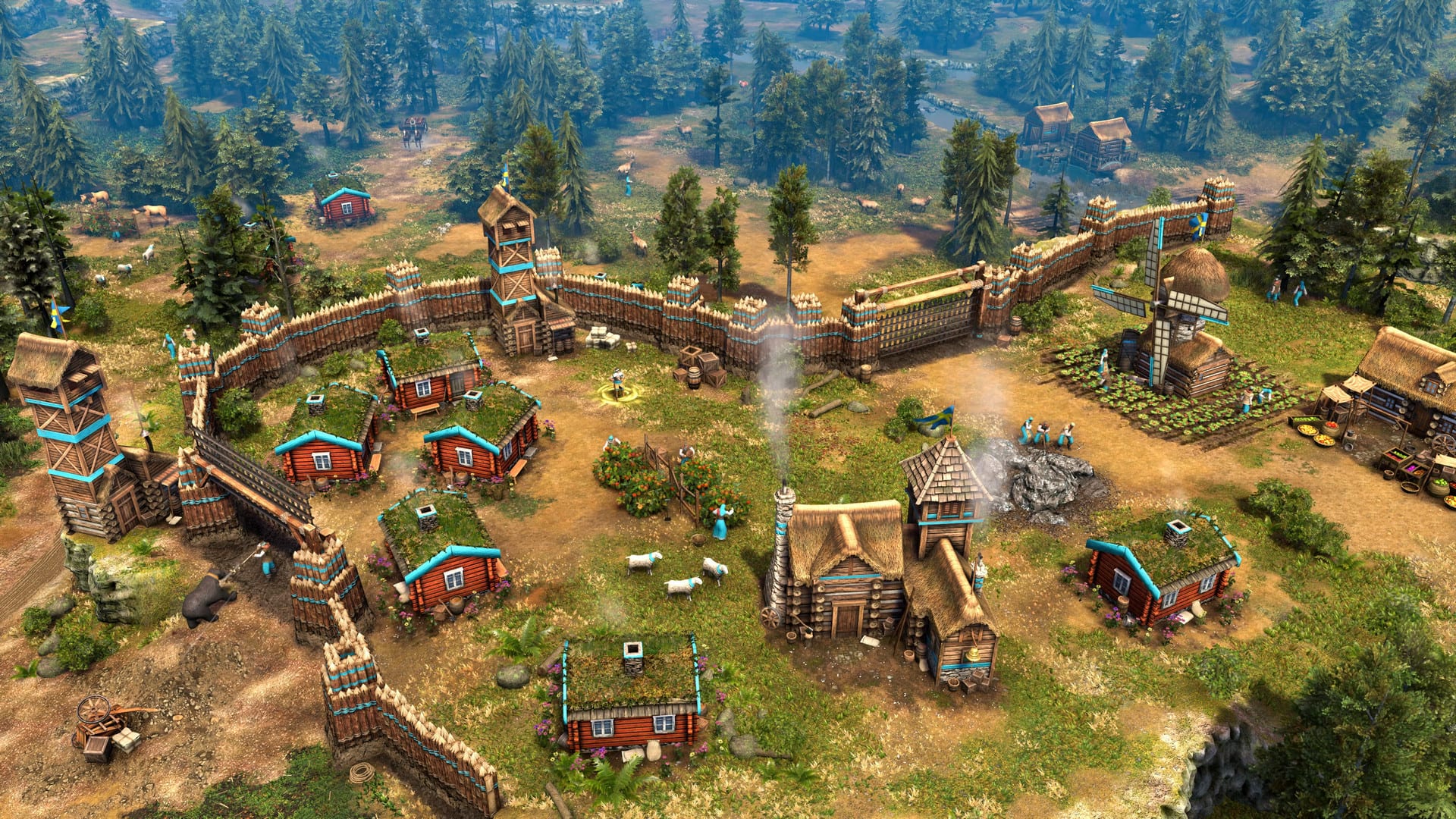