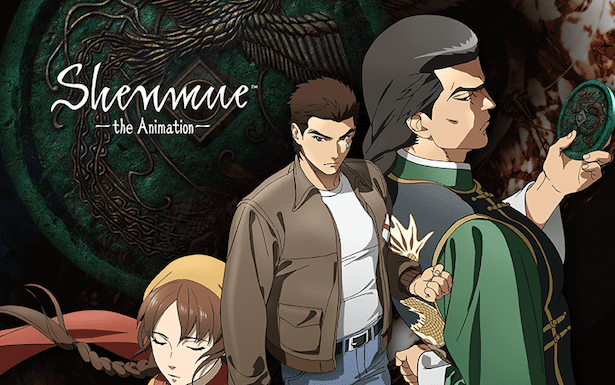 A Shenmue anime has been revealed to be in development by Crunchyroll and Adult Swim, bringing the cult-hit series to a new medium.

Announced on Sept. 4 by the two companies, the anime is slated to run for 13 episodes and follows the events of the games. It will air digitally on Crunchyroll in every country save for Japan and China, and will also air live in the U.S. via Toonami.

It will be directed by Sakurai Chikara of One Punch Man Season Two and Naruto fame, and Telecom Animation Film will handle the animation. Yu Suzuki, the creator of the Shenmue series, will likewise be involved with the project as an executive producer.

A release window and other specifics about the anime have not yet been revealed, but more info on the anime is slated to be released during Crunchyroll’s Industry panel scheduled for Sept. 5.

“The first Shenmue video game was released more than twenty years ago and we’re so excited to be working again with Adult Swim to bring this franchise to life through anime,” Sarah Victor, head of development at Crunchyroll, said in a statement following the project’s reveal. “We’re eager to show our fans more of this action-packed adventure series as we move through production.”

“The world of Shenmue is fascinating and unique, and we are so excited to partner with Yu Suzuki to bring his epic creation to anime and make a kick-ass martial arts epic!”

The Shenmue anime marks the latest media release for the Shenmue series following the launch of Shenmue 3 back in 2019, which met a mixed reception from fans and critics alike. For more of our thoughts on how the latest entry in the series turned out, check out our full review of the game.