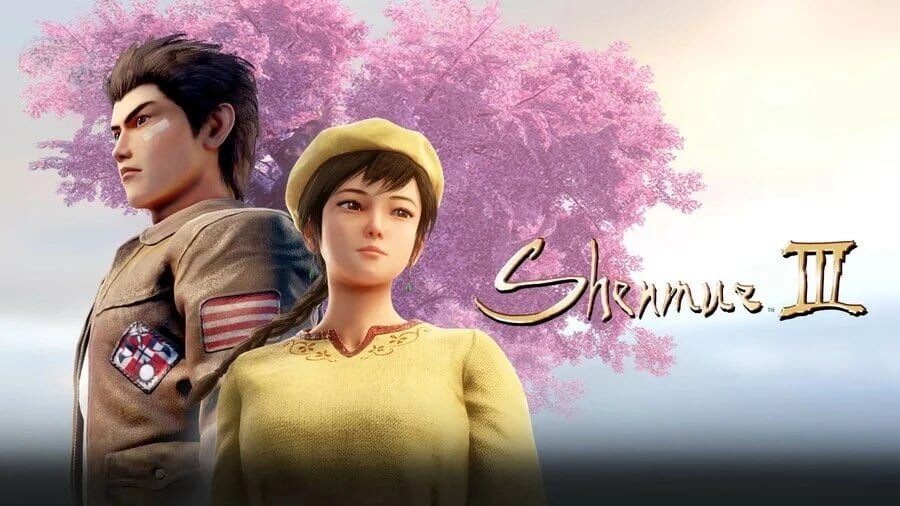 Shenmue 3 is one of the hardest games I’ve ever had to review, not because it’s difficult, but because I continuously went back and forth on how I felt about it. For better and worse, Shenmue 3 feels like it was, in many ways, made 18 years ago, right after the end of Shenmue 2. Yet for all of its flaws, there’s an undeniable charm that underlies the entire experience.

Shenmue 3 picks up quite literally where the second game left off, with Ryo and Shenhua discovering murals of the Dragon and Phoenix Mirrors in a cave.

If you haven’t kept up with Shenmue there are recaps on the main menu, but Shenmue 3 is definitely a game that rewards longtime fans. This time around Ryo stays with Shenhua at the rural Bailu Village in Guilin, China.

Shenmue 3 is a game all about mundanity, about creating a day-to-day schedule and seeing through the tedious tasks, just like you would in real life.

Just like the past two games, Shenmue 3 uses a time and day/night system. As you explore the village of Bailu you need to talk to the villagers and investigate the whereabouts of Lan Di, and what happened to Shenhua’s father.

It bucks nearly all of the traditions and elements we’ve come to expect from modern games. Shenmue 3 doesn’t hold your hand at all. It barely gives you any directions or hints on where to go and what to do, leaving it up to the player to talk to NPCs and figure things out.

While you’re running around Ryo’s health will constantly deplete, and you’ll need to replenish it every now and again by eating food. Of course, food requires money, which means you need to earn some.

You can take on jobs like cutting wood, or search for herbs or fish. On top of this, you’ll constantly need to train Ryo’s Kung Fu in order to keep him up to snuff in battle.

This leads to you creating a kind of regimented plan for each day. You wake up, say good morning to Shenhua, stop by the Martial Hall for some training, chop some wood, then spend the rest of your day investigating and advancing the story.

Shenmue 3 creates a fascinating kind of domesticity in its first half between Ryo and Shenhua. As the pair live together it almost feels like Ryo settling into a country life. At night you can talk to Shenhua and learn more about her, which in turn leads to her asking things about Ryo.

As the pair grow closer the cutscenes and interactions at night and in the morning will grow more intimate. For example, at the start of the game Shenhua would wake Ryo each day by coming to the door and saying it’s morning. But over the course of 20 hours she’d start making her way further into the room, eventually coming up to Ryo to nudge him awake.

It’s little details like this that make Shenmue 3 come alive, and the team’s attention to detail is truly staggering. Of course, as I said at the start, Shenmue 3 sports old gameplay ideas that hinder it as much as help.

To say Shenmue 3 is a slow burn would be an understatement, as this story can crawl at times. There are multiple points where you’re given a huge roadblock in terms of money, forcing you to work and engage in side activities to a copious amount.

This is, of course, meant to reinforce that feeling of mundanity and daily life, but it can still be frustrating. There’s a ton of going back and forth as you try to find character or items. There’s no fast travel system, meaning you’ll be hoofing it everywhere.

While there is combat, fights are few and far between, making them feel like big deals when they do happen. Unfortunately, the combat system just isn’t up to snuff to make things truly exciting.

The game’s tutorial literally tells you to just press buttons to attack, then try hitting R2. This is basically what Shenmue 3’s combat boils down to. Again like the past games, it feels like a more imprecise version of Virtua Fighter.

Ryo has a number of combos he can do by pressing different combinations of face buttons, and you have special moves mapped to R2. Meanwhile L2 lets you block, with a guard gauge at the bottom of the screen dictating if you’re able to stop incoming damage.

While things feel a little tighter than in Shenmue 2, combat just lacks weight and strategy. Obviously it’s not anywhere near the main focus for a Shenmue game, but I would have like to see a little more involved system all these years later.

Luckily the game does make a good change by giving you an item that can restore health in the middle of battle, making some of those harder fights much more manageable.

You can unlock more moves by purchasing Skill Books from shops, or exchanging sets of items for them.

Shenmue 3’s kind of throwback design applies to the general presentation as well. Dialogue is just as stilted and awkward as it was in the first two Shenmue games, but this time it’s intentional.

Some lines straight up don’t make sense, but again, there’s an odd charm to it. Shenmue 3 almost feels like watching some kind of B-rated Chinese movie with one of those rough translations.

Visually Shenmue 3 isn’t the most impressive game out there, but Ys Net nails the game’s stylized aesthetic, making both Bailu and the later town of Niaowu gorgeous to behold.

The small Chinese village of Bailu is littered with foliage and flowers, and truly feels like a rustic hideaway tucked into the mountains. You’ll quickly learn the layout of the town, where certain NPCs spend their day, the best herb spots, etc.

While you’re free to mainline the story of Shenmue 3, to an extent, the game encourages exploration and going off the beaten path.

You can find subquests by exploring, which lets you help the, often, weird and wacky villagers and fulfill their requests. You can gamble on turtle races or Lucky Hit. You can play games like Whack-a-Mole or basketball at the arcade.

The world is filled with things to see and do, and you’ll absolutely have time while you’re following the story.

Of course, I also have to mention the few performance and control issues Shenmue 3 can have at times. While nothing major, the frame rate can take a dip and if you move Ryo onto rough terrain, there’s a chance he’ll get stuck.

The game controls much better than Shenmue 1 and 2, but Ryo can still feel like a tank at times, and moving through tight areas can be annoying.

Another strange issue I found is that quick-time events are simply too fast. You barely have a split second to press the button before you fail, leading to some frustrating segments where you’re playing through the same scene multiple times.

Shenmue 3 is a strange beast; it inevitably feels trapped in the past, but that’s not a bad thing all the time. It doesn’t advance the overall story much, but the minute-to-minute storytelling is interesting. The gameplay can be incredibly tedious, but it’s almost refreshing in a time where games are so concerned with throwing action and dramatic plot twists at you.

The way Shenmue 3 sticks to its guns and refuses to adopt modern trends is admirable, and it’s an experience that stays true to the series through and through. It’s equal parts frustrating and pleasing; a weird dichotomy of emotions.

If you’ve never played a Shenmue game, that honestly might give you trouble. But if you have played Shenmue, then you’ll feel like you’ve come home with Shenmue 3. 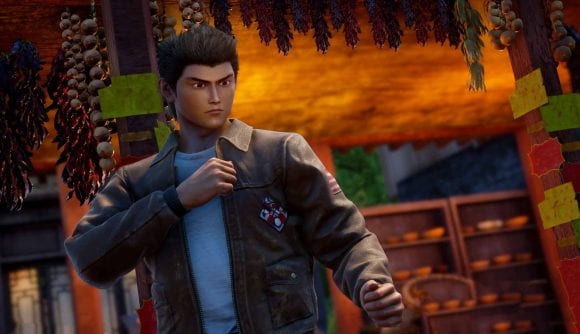