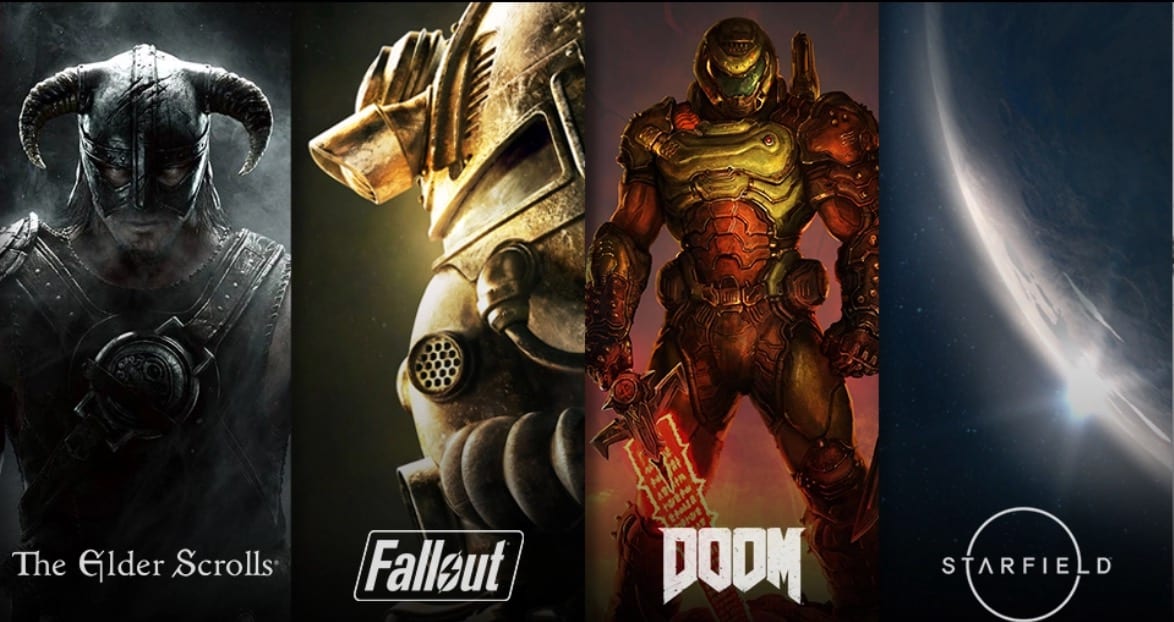 Who needs to make quality content when you can just buy it? That’s been Microsoft’s philosophy over the past couple of years in its quest to compete with PlayStation, but only this week has the strategy hit its zenith after the publisher announced the acquisition of ZeniMax Media and, in turn, Bethesda Softworks.

Sure, the several game studios it purchased back in 2018 and the formation of all-new teams like the Initiative have been big positives. But where those felt like adding just a single string to Microsoft’s bow, this latest acquisition is a monumental power play that has far-reaching consequences for the Xbox brand and the entire games industry.

It’s exactly the sort of bold move that properly leverages one of Microsoft’s big trump cards for the first time: its ability to call on Scrooge McDuck levels of cash to fund a deal worth $7.5 billion.

The eye-watering total is three times that which Microsoft paid for Minecraft developer Mojang Studios, and a sum you’d have to imagine Sony would struggle to muster given its comparatively smaller scale of operation.

Even for Microsoft, $7.5 billion is a staggering amount. So much so that it’s worth stopping to acknowledge just what an important force head of Xbox Phil Spencer has been in rebuilding the brand and earning the trust of his higher-ups; after all, before he was at the helm, Microsoft’s console gaming business was on the decline, now it’s moving mountains.

The big question now is how Spencer and his team plans to implement the distribution of Bethesda’s content within Xbox’s wider strategy, and of course, to what extent the move is effective in attracting consumers away from PlayStation.

The obvious conclusion to draw –and one that I’ve seen thrown about across the internet– is that Bethesda’s upcoming tentpole games like Starfield and The Elder Scrolls VI are now likely to be Microsoft exclusives.

But I’m not sure that’s really the big scoop here. Or rather, I have my doubts that Microsoft would make exclusive the very games that have the potential to earn it millions of dollars when sold to users over on PS5. Particularly so, when you consider just how many PS5’s are likely to be out in the wild by the time those aforementioned games are ready for release.

Now, will there be timed exclusivity deals for content from the many studios under Bethesda’s umbrella, like DOOM, Wolfenstein, and Prey? That sounds more reasonable. As do I expect to see exclusive DLC and other benefits delivered to Microsoft players at the expense of those on PlayStation.

But exclusivity for major tentpole games? That just seems like money left on the table, and a move that would be in contrast to Microsoft’s agenda to make gaming more accessible to more people. Certainly, its intent to approach exclusivity on a case-by-case basis leaves the door open for multiplatform launches.

The real benefactor in all this, then, and seemingly the key driving force behind the whole deal, is the continued success of Game Pass, a service that has exploded in growth over the past year to 15 million (up from 10 million only five months ago).

Consider that, putting aside the shock and awe factor of the acquisition itself, the other major news drop buried within this week’s announcement was that Bethesda’s entire library of content is joining Game Pass.

Further, Microsoft plans to make available all of its future games on the service at launch, just as it already has vouched to do for its own first-party content.

It’s yet another reminder that Microsoft and Sony are headed in completely opposite directions in terms of strategy.

Where Sony will continue to lean on its mega-budget AAA first-party exclusives spread across a traditional console life cycle, it’s all about attracting users to a broad, accessible ecosystem in the case of Microsoft, one that spans multiple consoles, platforms, and services.

And bolstering Game Pass with an enormous number of Bethesda developed and published titles is one sure way to guarantee the service’s continued appeal, both in maintaining existing customers and attracting new ones.

Of course, the other major benefactor in all of this, who has been slightly forgotten amid all the pondering over Microsoft’s future, is Bethesda itself.

This is a publisher that I think most of us can agree have been struggling creatively over the past five or so years.

Both of its recent major RPGs have released to mixed reception, with even the mostly excellent Fallout 4 showing the blemishes of an aging game engine and a dearth of innovation. Fallout 76’s rocky launch only added fuel to that narrative.

The reality is that over a decade after Bethesda pioneered open-world role-playing experiences of immense depth and scale, studios like CD Projekt Red have spotlighted just how far behind the cutting edge it’s since fallen (I’ve written about this before).

Microsoft’s funding, technology, and talent pool could be exactly the boost the studio needs to turn a new leaf and get back on track, and that’s personally something I find even more exciting than the intrigue of how its existing library benefits Microsoft.

As the development of Starfield and The Elder Scrolls VI hits its stride properly, Microsoft’s support is only going to be of huge benefit to the respective teams. As a fan of Bethesda’s RPGs, it only fills me confidence that Microsoft is going to be on hand and enthused to help take the projects to new heights.

The net result is that between Game Pass’ improved library, Microsoft’s willingness to leave the door open to multiplatform releases of Bethesda games, and the likely boon for the development of its major upcoming RPGs, the acquisition is a major win for gamers as much as it is likely to prove a big earner for Microsoft. Roll on the next generation.