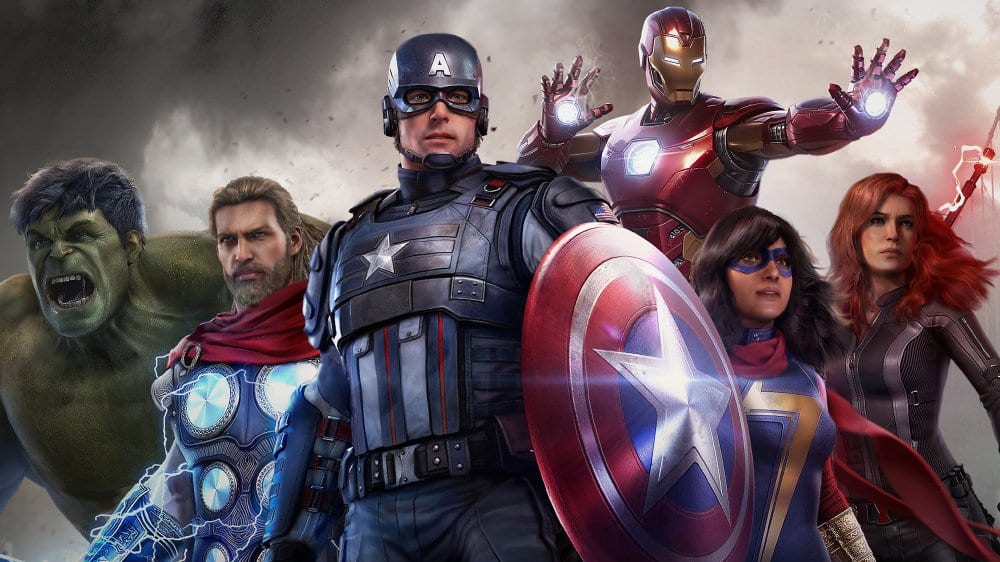 Anyone who has had their finger to the pulse of the gaming world lately knows about Marvel’s Avengers, and how strong the focus is on its online cooperative multiplayer modes.

Touted as the next live-service hit, the game’s online co-op has been marketed heavily from the game’s unveiling onward. Every big reveal of a new character set to join the game’s roster, or reveal of a cinematic from the story, came with the reminder that these additions would bolster the setup and gameplay options of the title’s ever-expanding multiplayer modes, which would see growth and support long after release.

Even when the game reaches players’ hands and they start to make their way through the campaign, Marvel’s Avengers is encouraging them to hurry through to the endgame, multiplayer content.

“Check out the other heroes,” it whispers with notifications. “There’s so much more fun to be had online, getting rare gear and grinding through missions as your favorite character.”

It makes it feel like the game doesn’t care if you see or enjoy how its world was established. All that matters is that you get to the parts where you’ll grind for levels and gear, tempted all the while to invest in cosmetics for heroes via microtransactions.

The only problem is, the multiplayer isn’t the best part. Not by a long-shot. Instead, the single-player campaign, with its compelling story and sharply written characters, is where the game shines brightest.

Full of little touches that will warm the hearts of comic fans, the story’s execution is a thing to behold. Kamala Khan’s journey to becoming a hero in her own right and reunite the scattered old guard feels authentic.

Piecing together what really happened on the day the Avengers failed the world adds a mystery thriller element, and facing down the more sinister threats that lie in the shadows has that vintage feel of an epic comic’s storyline.

The impossible is only that which the story hasn’t decided to introduce via a setpiece yet, and as players delve further into the story, they’ll be able to see and play through segments only possible in a comicbook story.

All around these scenes, meanwhile, are elements that bolster Marvel’s Avengers’ single player experience. In cutscenes, the subtitles go above and beyond repeating what’s said in text, describing events like the narration panels in a comic.

In one scene early on in the story, Kamala doesn’t just look out of a phone booth at the potential hiding place of a former Avenger. As the subtitles put it, she steels herself, reaffirming her resolve to find the truth and return heroes to the world.

Is it a little overly dramatic? Maybe so. But at the same time, it’s having fun with the scenario and the property. It’s embracing the absurdity and the fantastical elements of its material, and it wants players to get into it just as a kid opening up the latest issue of their favorite comic would.

That isn’t to say the story is overblown and completely absurd, though, or that it’s one only comic fans will enjoy. On the contrary: It’s capable of drawing in neutral observers just as the MCU film adaptations were so successful in doing thanks to the stellar voice acting.

The characters’ vocal performances in cutscenes carry the same nuance and weight as those from an MCU film. Troy Baker’s subtly remorseful take on Bruce Banner, Sandra Saad’s range of emotions portrayed through Kamala Khan, and so many other performances make each scene feel like the meticulously perfected moments out of an MCU film.

The game’s developers and writers clearly took the lessons learned by the films and applied them all to Marvel’s Avengers’ storytelling. This allows those who preferred the more grounded approach of the movies to find enough footing to enjoy the adventure right alongside diehard fans of the comics.

And yet, the story is tertiary to the larger experience Square Enix and Crystal Dynamics hope it will be in the years to come, both because of the game’s marketing and how it’s been designed. It’s a game as a service first and foremost, and that has remained and likely will remain the focus for the duration of its lifetime.

Still, it’s ironic that a multiplayer-focused title like Marvel’s Avengers’ brightest point is one relegated to an afterthought. Fans of the comics, the films and everything in-between could easily find tons of enjoyment from the narrative the campaign provides, and likely will for years to come.

It’s a shame this wasn’t made more apparent during the lead-up to the game’s release, and that the game isn’t likely to receive any single player story content as good as the campaign for the duration of its lifetime.