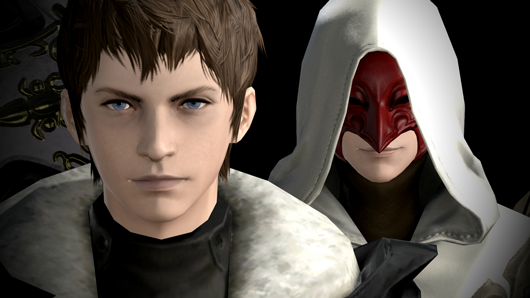 While we won’t be getting any new major story content in Final Fantasy XIV for a bit, there’s still a whole ton of content for players to sink into while waiting. For instance, patch 5.31 has just dropped, and it brings with it a whole ton of new cosmetic items for players to collect. Here’s how to get Modern Aesthetics – Saintly Style in FFXIV.

If you’ve been keeping up with FFXIV, you’ll know that there have been tons of Modern Aesthetics items released throughout the game’s life cycle so far. These items allow you to unlock new haircuts at the aesthetician, and you can change up your character’s style whenever you want.

With the release of patch 5.31, a new Modern Aesthetics item has been released, but fair warning: you do need to have been keeping up with the Ishgard Restoration quests in order to get it.

If you’ve been keeping up with those quests and turning in the required items and materials, you should have a pretty good stock of Skybuilders’ Scrips by now, which is the currency you’ll need in order to purchase the new hairstyle.

Speak with Enie at the Firmament, located at X:12, Y:14, and purchase the item called Modern Aesthetics – Saintly Style. It’ll cost you 1,800 Skybuilders’ Scrips, which is no small sum. Once you’ve bought it, select and use it from your inventory. After that, simply visit any inn room in the game and interact with the crystal ball to summon the aesthetician, and you can access the new haircut from there.

That’s all you need to know about how to get Modern Aesthetics – Saintly Style in FFXIV. Be sure to search for Twinfinite for more tips and information on the game.