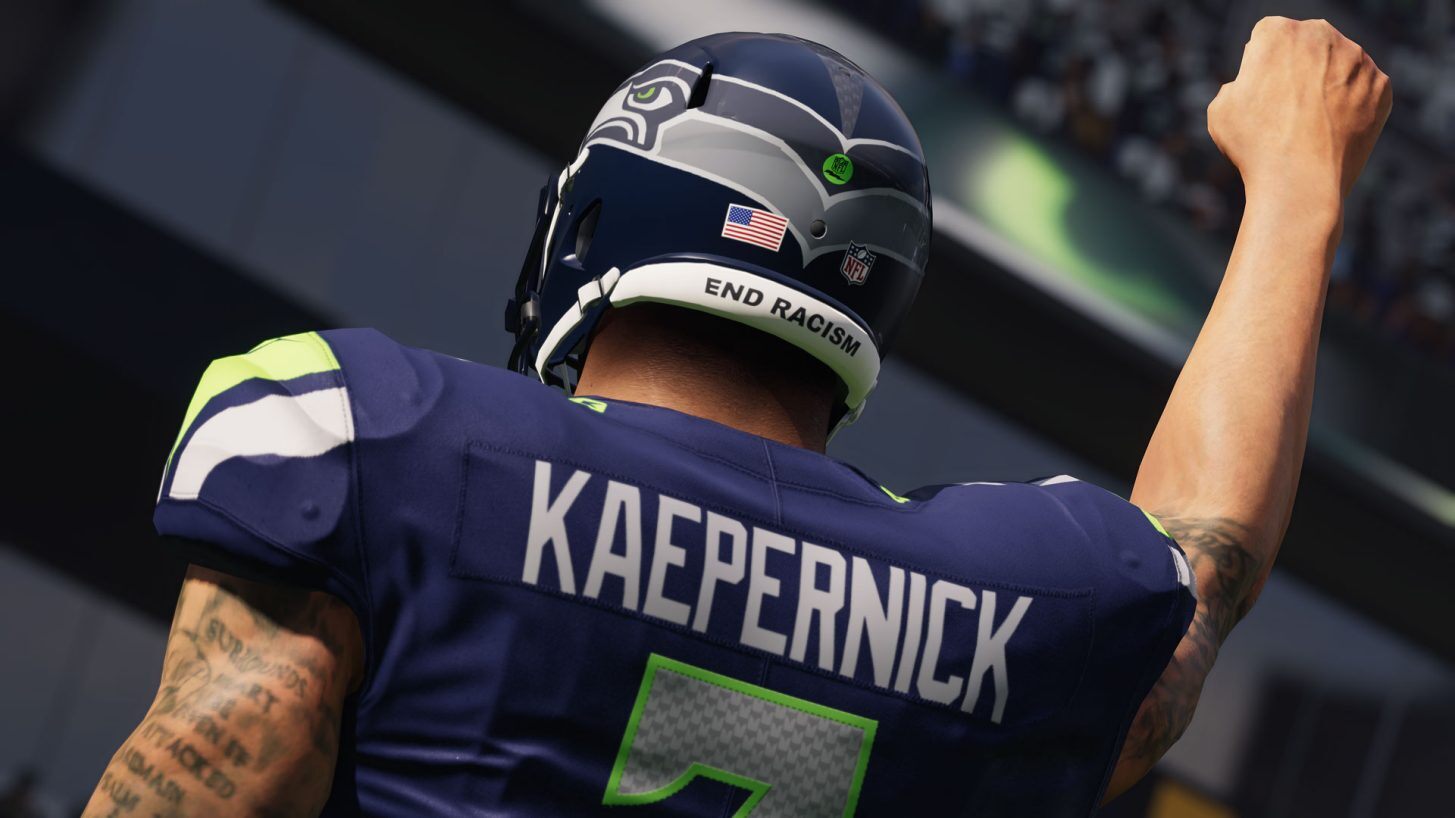 Colin Kaepernick is one of the leading names in the football scene and while he hasn’t made an appearance in the Madden NFL series of games since NFL 17, EA is finally bringing him back in Madden NFL 21.

As of today, a patch has been released for the game, allowing players to sign Kaepernick to any of their teams in Franchise Mode. In addition to that, he’s also an available NPC to play with in the Play Now mode.

To celebrate his return to the game, EA has also added his signature celebration, as well as his Nike Icon Jersey in The Yard, which you can equip. You can read the full details of his inclusion in the patch here.

Madden NFL 21 is now available on PC and consoles.