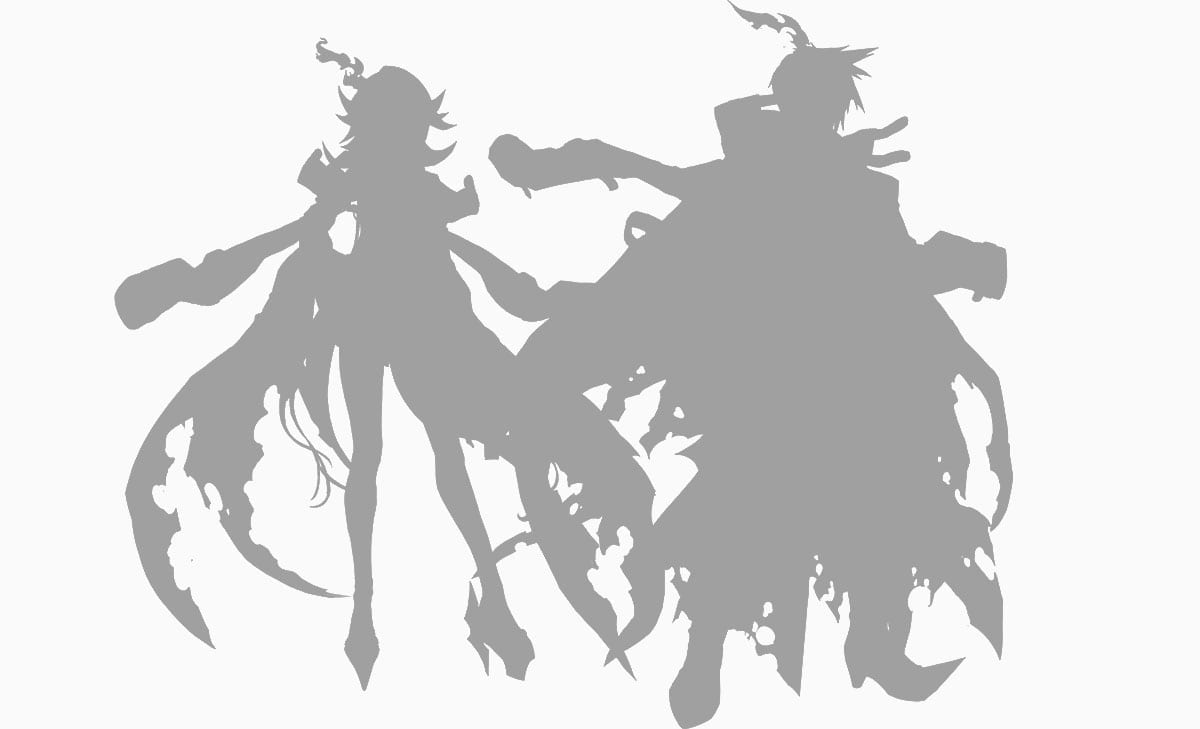 First of all, we get to see the silhouette of two characters, who appear to be one female and one male. They seem to be wearing tattered clothing (perhaps trench coats?), but that’s as far as we get for now.

Speaking of characters, the website also reveals that character design and illustration is by lack, who is known for having worked on Fate/Grand Order (for instance, the art for Izou Okada).

The soundtrack is by Puresound, that worked on the Summon Night and Metal Max series.

The main theme is by Chiaki Fujita of Sike Like Talking, who previously worked on the theme of Summon Night 2  (which you can listen below, courtesy of YouTube user StarDaisy117)

We already knew from yesterday that the game is developed by Summon Night 5 studio Felistella, while the scenario and the world view will be by Summon Night series writer Kei Miyakozuki.

For reference, Felistella worked on the PSP ports of Summon Night 3 and 4, and then on Summon Night 5. Among the games they’re credited for we can find Azur Lane: Crosswave, Genkai Tokki: Seven Pirates, Genkai Tokki: Castle Panzers, and the Hyperdimension Neptunia Re;Birth series.

More details about the game will be released on September 8.