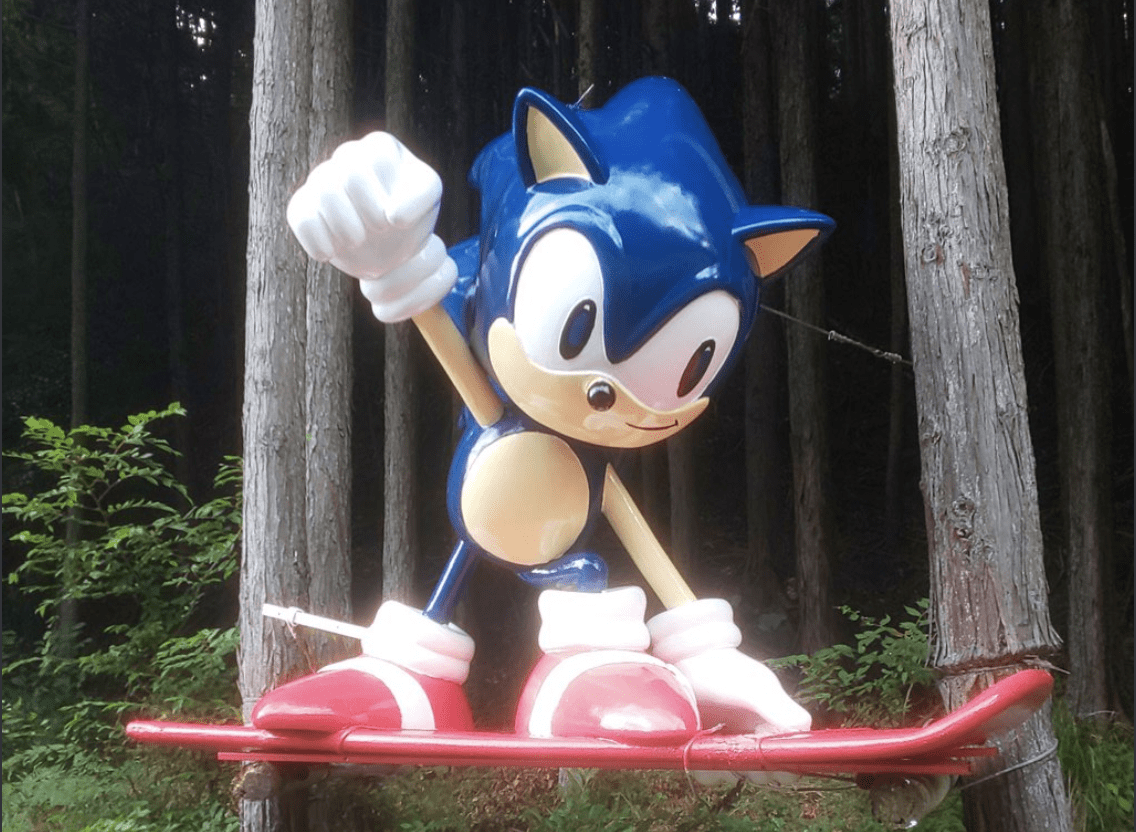 As mysteriously as it appeared in the woods of the Japanese countryside, the statue of Sonic the Hedgehog riding a snowboard has been restored to its former shining glory.

Twitter user @sagara7791 shared a new photo of the Sonic statue, which had been cleaned up by anonymous angels in disguise. If you look closely, he got his nose back!

A legend among Sonic fans all over the Internet, the Sonic the Hedgehog statue was found in 2015 by Twitter user and motorcycling enthusiast @250moriyuki (whose account has since been deactivated), who happened to spot it while riding around the country road of the Mie prefecture, which is 90 miles east of Sega of Japan’s headquarters in Osaka.

However, that was not the first time it was discovered, as legions of Sonic fans went down the rabbit hole of the Sonic web and found a photograph of the statue dating as far back as 2009.

By then, the statue was already deteriorated, with Sonic’s nose gone and its body rusted with age.

In the time that the statue was discovered, no one knew its exact location because it had to be kept a secret due to people coming over to the statue and vandalizing it the first chance they got. People also became curious about the statue’s origins and how it ended up bound to two trees in the first place.

According to TheGamingBeaver (see video below), a report from a Japanese TV station said that the statue originated at SegaWorld as part of a promotion for Sonic 3 & Knuckles, and it was sold at an auction after it was remodeled. The report further stated that the buyer placed it between the trees as a landmark to guide drivers to his driveway.

The area where the statue is located is prone to snowfall, which is why it’s sort of suspended in the air to make it look like Sonic is snowboarding as he does in Ice Cap Zone.

It’s currently unknown whom is responsible for the restoration of the Sonic statue.