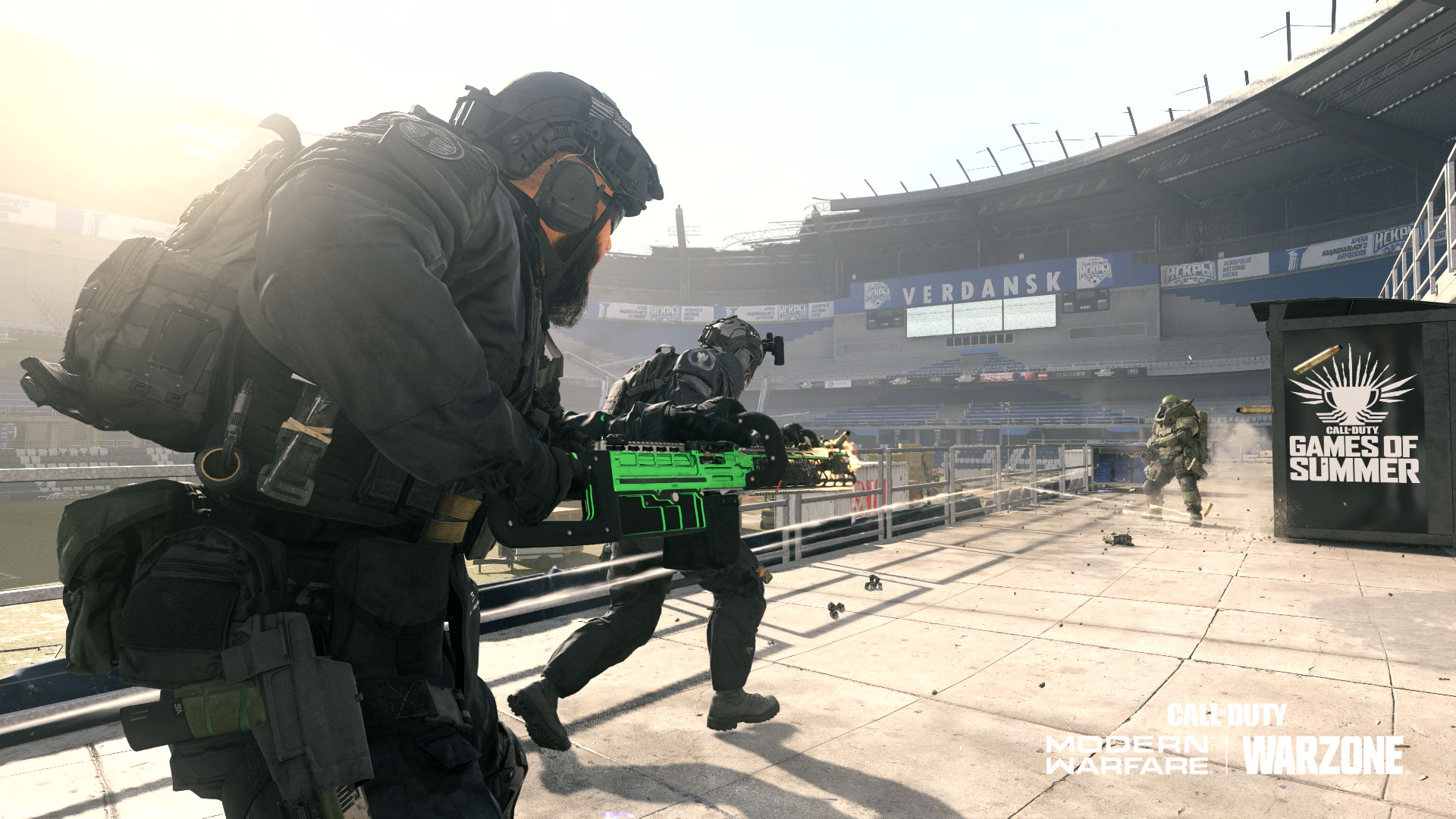 The mid-Season 5 update has come to Modern Warfare, bringing the Games of Summer event and some other changes to the game before the reveal of this year’s new Call of Duty. One of the new additions in Season 5 Reloaded is a new LMG, which you’ll want to unlock to test out. So that you can see if it rivals the Bruen, here’s everything you need to know about how to unlock the Finn LMG for Warzone and multiplayer in Modern Warfare.

The Finn LMG is a lightweight option, bridging the gap between other LMGs and the assault rifle category. Below is the official description from the Season 5 Reloaded reveal page.

The heaviest primary weapon class in the game has a new challenger, the FiNN LMG and it will punch well above its weight against many of the existing LMGs.

An agile, mobile, and hostile tank of an LMG, the FiNN’s ultra-light and open-bolt design is uniquely paired with advanced recoil controls. This all adds up to a weapon with exceptional full-auto accuracy while still being lightweight, allowing for a unique playstyle that further blurs the line between assault rifle and LMG.

How to Unlock Finn LMG for Warzone & Multiplayer in Modern Warfare

To unlock it, you need to complete a specific challenge, just as you do for most weapons in the game. Thankfully, this is one of the easiest we’ve seen.

To unlock the Finn LMG, you need to get 1 melee kill while using an LMG in 7 different matches.

You can do that in any mode, but it’s probably easier to jump into a multiplayer match on a smaller map like Shipment and complete it there.

If you equip a Combat Knife as your second weapon in you loadout, you can swap to that and then just run around like a headless chicken, trying to melee kill enemies.

If you only have access to Warzone though and still want to unlock the Finn LMG weapon, your best option is to try and get the melee kill you need right at the start of a match.

Land with enemies and try to rush them, hitting them with your pistol before they’ve managed to grab a gun. It doesn’t matter if you die afterwards since you only need one melee kill in each match.

You’re also able to unlock a Finn LMG blueprint by purchasing the Mainframe pack in the Modern Warfare store.

It includes the Firewall Blueprint, which is the Finn LMG with a Tac Laser, a Chainsaw Stock, and 100 round magazines.

That’s everything you need to know about how to unlock the Finn LMG for Warzone and multiplayer in Modern Warfare. For more tips and tricks on the game, be sure to check out our wiki guides for Warzone or the base game.