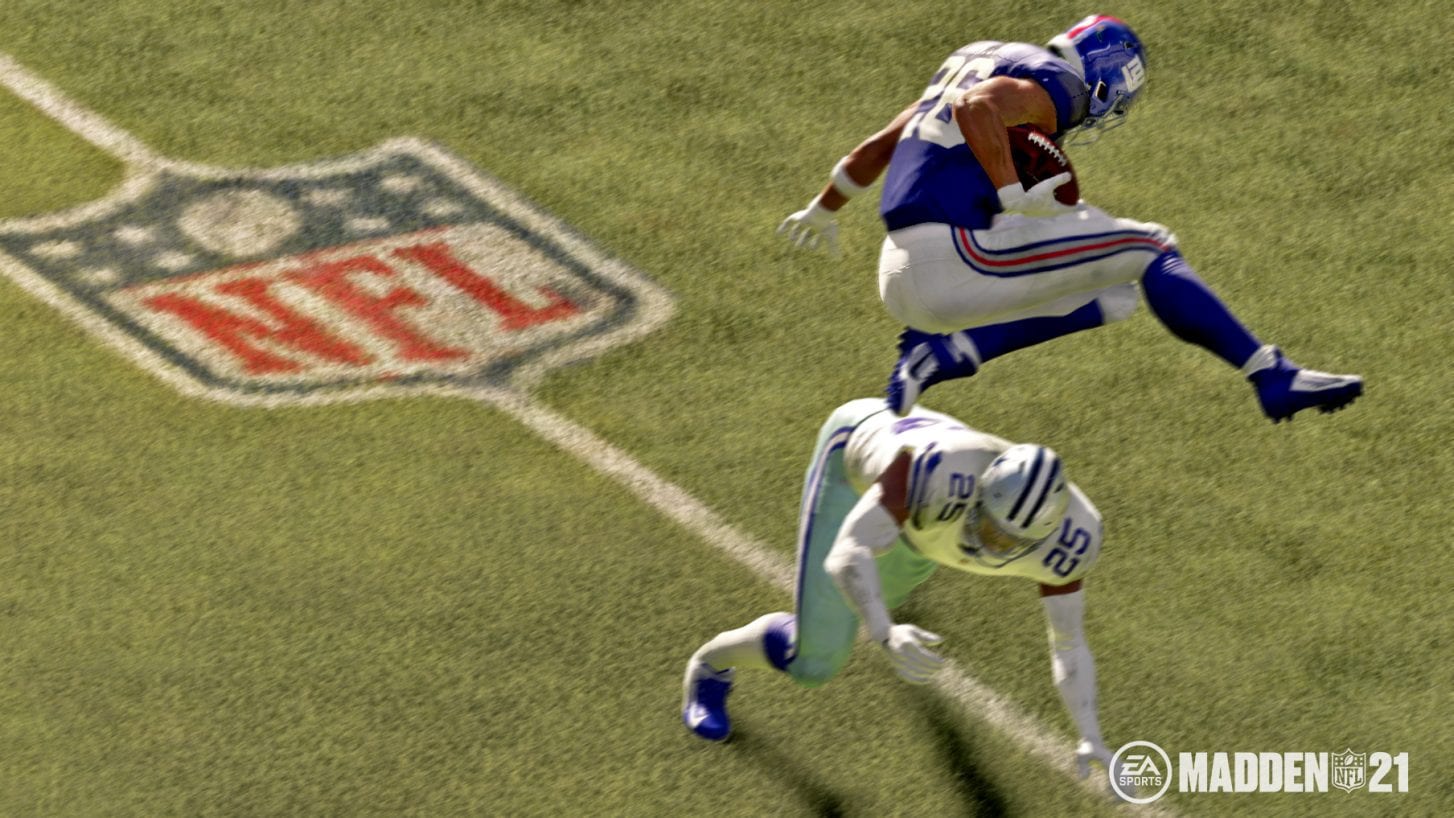 Madden has been around for many years now and throughout the years players have sussed out ways to abuse certain plays and punish inexperienced players online or the an easy CPU. A common play people test fresh faces with is the screen pass. It’s easy to stop if you know how to, but can feel impossible to shut down if you don’t. Here’s how to stop screen passes in Madden 21.

How to Stop Screen Passes in Madden 21

Screen passes generally play out like this: a QB will hike the ball feign like they are going to throw down the field by having the WRs run out a bit but then, a RB that was hanging back the whole time off to the side will get passed the ball instead and the WRs/TEs will go from receivers to blockers and clear a path for the RB.

It’s a frustrating play to defend even still in Madden 21 and if you aren’t properly set up it can be an easy 10+ yard gain for the offense or worse.

The key to stopping screen passes quite easily in Madden 21 is to call a contain play. Contain plays are plays that will send the defensive ends around the sides of the line to contain the activity of the RB around the edges.

Nearly all screen plays will make use of this space and if there is a DE there containing it, it will be much harder for them to find room to run. In fact, sometimes you can even intercept the ball as it’s pitched over from the QB to the RB if a sloppy player commits to the screen in spite if you having obviously caught it in its tracks.

Contain plays are spread out across all defensive playbooks and formations, so dig around for one that you like an add it to your audibles in case you ever need to adjust on the fly.

Finally, even if you don’t have a contain play called, if you know something is coming just grab hold of a linebacker, and manually control them. If your opponent isn’t very smart, you can catch them that way if they are just insistent on doing the same thing over and over.

That’s all you need to know for how to stop a screen pass in Madden 21. For more tips, tricks and FAQs answered for Madden 21, be sure to check out our wiki guide which is filled with helpful guides.