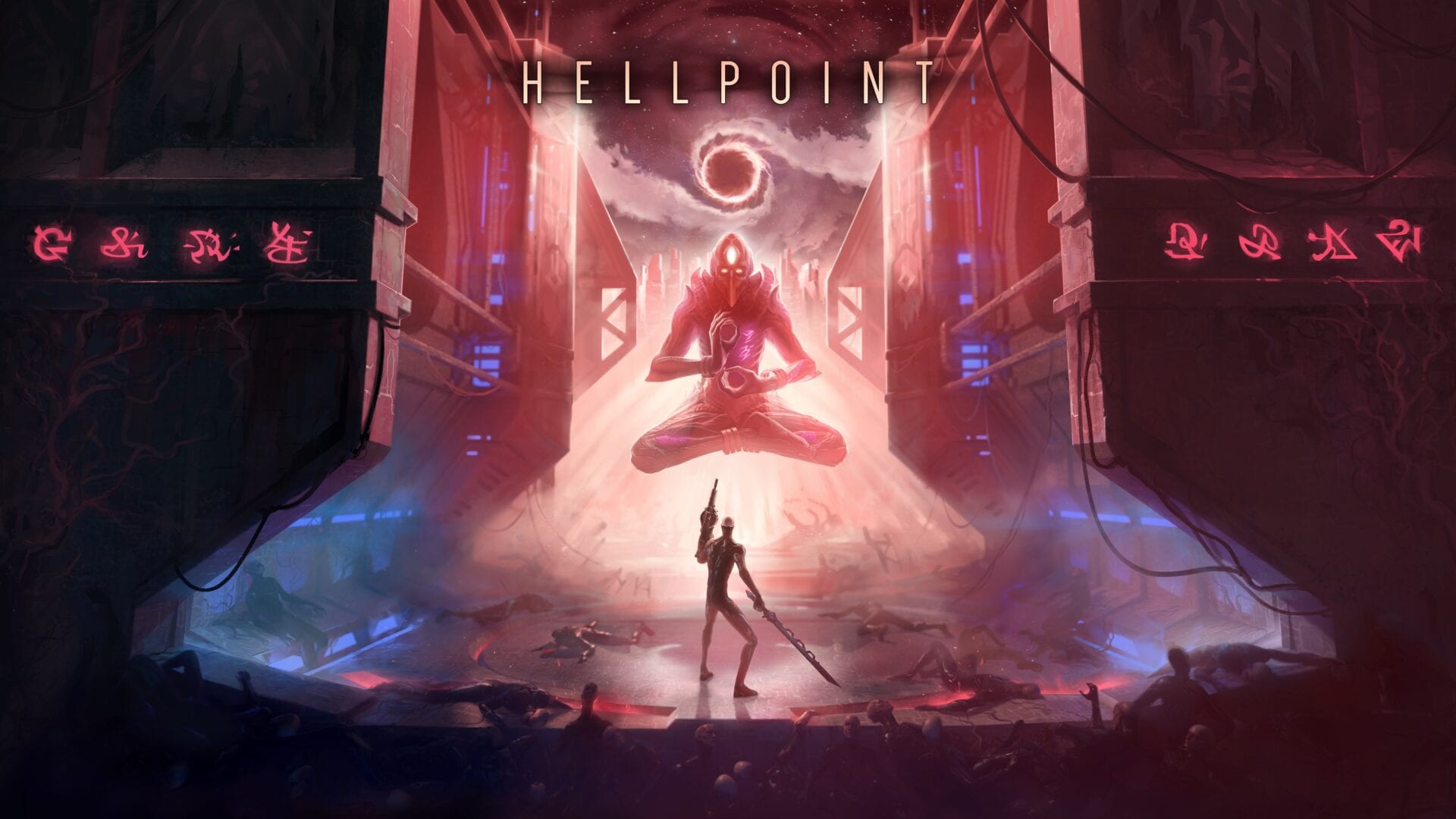 The Souls-like genre is becoming more and more popular as the days go on with several games popping up with heavy From Software influences. Though, I won’t complain because the Soulsborne games and their Souls-like descendants never fail to entertain and amuse me.

The same can be said for Cradle Games’ Hellpoint, a gorgeously eerie cosmic horror that takes you on a sci-fi journey through a doomed space station orbiting a violent black hole.

Right from the start of the game, you’ll notice certain Souls-like elements like the third-person POV, health and stamina bars, a number of different weapons you can utilize, and several skills to level points or “Axions” into that develop into different builds you can create.

These skills get separated into varying stats like Health and Stamina which are self-explanatory, Load which affects your carrying capacity, Strength and Reflex which determine the damage stat for different weapons, and Foresight and Cognition which influence firearm damage and the effectiveness of more magical weapons.

Each of these influence your ability to equip certain weapons and armor pieces so there are varying ways you can take your character’s build and your own gameplay. For example, you can rock a firearm as your main weapon or pair it with a melee weapon in your other hand for some duel-wielding fun. Of course, you can also break out the classic melee weapon and shield combo for some good old-fashioned fun.

Hellpoint also captures that trademark heart pumping and intense gameplay that you’d expect out of Dark Souls or Bloodborne with brutal enemies and hard-hitting bosses.

While certainly entertaining, the fluidity and smoothness in gameplay is rather lacking. Many of the controls are a bit clunky and there’s frequent lag when actions or attacks need to queue up due to button mashing. I also found that some of the hit boxes on enemies were inconsistent with many of your own attacks missing even at moments when you’re very close to the enemy. This happens with various weapons in the game so it’s not restricted to certain builds.

Just like the Soulsborne games, you’re also thrust into the story with little to no explanation for anything. You’ll have to discover much of the story on your own through item descriptions, writing on the walls, and documents scattered throughout the world.

However, what makes Hellpoint incredibly unique is its beautiful, dark, and unsettling sci-fi horror atmosphere that follows you throughout the entire game. Right from the start, you’re shoved into a shadowy space station barely holding itself together on the edge of a black hole. This black hole is so powerful and influential that it affects the strength and appearance of enemies at specific times in the station’s revolution.

Each section of the game’s world you go into is designed in a way that both immerses you in the game’s atmosphere and drives home the fact that the inhabitants of this space station are into some pretty questionable and shady things.

There is also the addition of a shadow or mirror world you can venture into that’s a parallel version of the current section of the map you’re in. In addition to a dark purple filter over your screen, different enemies, items, and bosses are placed within these ominous areas.

The bosses are also gorgeously designed with each of them having their own uniquely horrific appearance, specific skill sets, and deadly weapons. While I can praise each boss’ aesthetic, the actual boss battles need some improvement. Almost all of the bosses have at max maybe around four moves so it’s incredibly easy to figure out a way to beat them.

One boss in particular can also easily lose interest in you if you walk far enough away. This same boss also involves fighting a very heavy hitting duo that can easily one shot you regardless of your stats.

The level of difficulty of these bosses also seems to decrease as you progress through the game to the point that some of the hardest bosses you face are at the beginning. While this is a good first impression to make for players, it dwindles as you keep easily beating bosses.

Numerous glitches and issues also affect the game and you will notice this very fast. Glitches here and there are fine in games as long as they don’t actively work against you but the amount of unpolished elements and messed up assets in Hellpoint is startling.

Frame rate issues are common place even if you’re playing offline. Bringing up the inventory menu always includes graphical lags on your screen and in the environment when you change armor and weapons.

Most notably, the loading screens are unnecessarily long and very frequent. They will be taking up a good chunk of your gameplay experience especially since there’s a loading screen literally every time you die. A lot of the fun will be zapped out of you every time you have to sit through a two minute loading screen to go right back to the same place you died at for the twelfth time.

The game itself isn’t even that large of a size at just around 5GB so there shouldn’t be a need for so many frame rate issues and long loading screens. A lot of games 10 times its size don’t have this problem.

Overall, Hellpoint is a beautiful game set in a horrific and unsettling world. It takes its own unique spin on the Souls-like genre by mixing science fiction and cosmic horror together. This aesthetic is reflected perfectly in its world and boss design.

Hellpoint is absolutely a game to try out if you’re a fan of the Souls-like genre and especially Bloodborne. Its stunning aesthetic alone should grab your interest. However, the game unfortunately falls short of being truly amazing due to several unpolished elements.