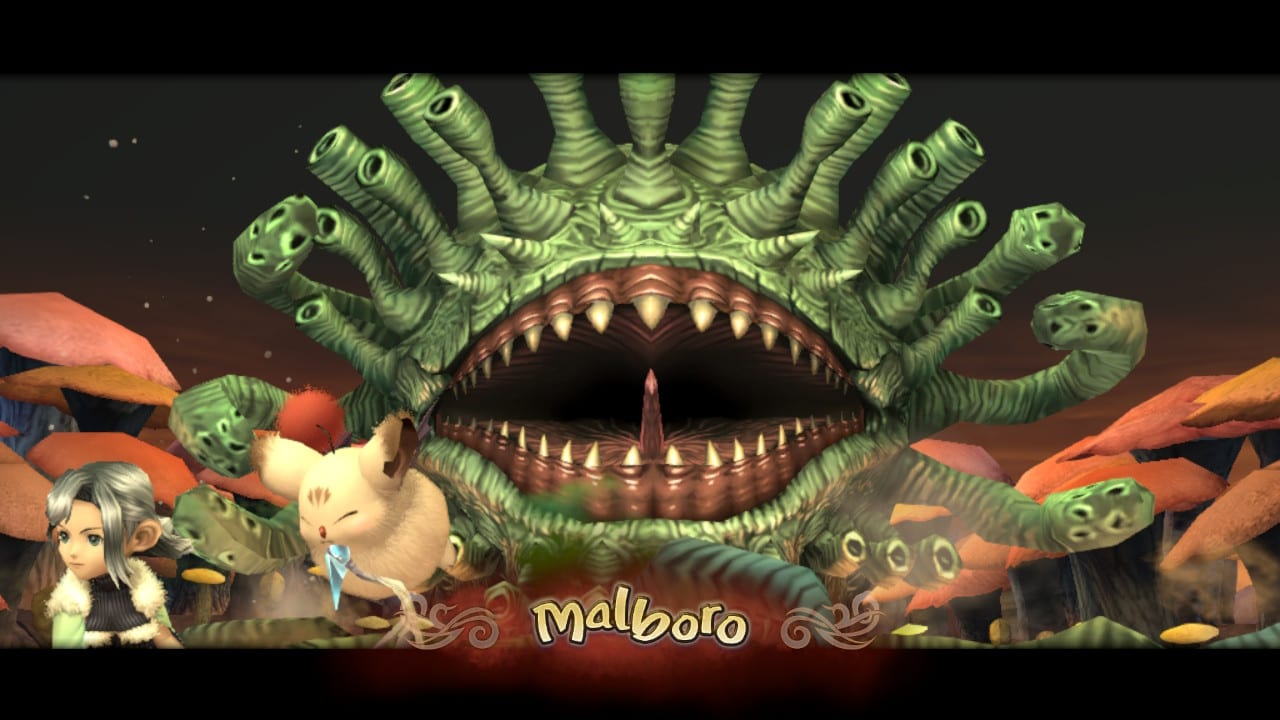 Originally released for the Game Cube, Final Fantasy Crystal Chronicles has been remastered for the PS4 and Nintendo Switch, and it features HD visuals, as well as a proper online multiplayer system. Most of the things from the original game are still intact, though, like the variety of bosses you’ll have to face as you collect your myrrh. Here’s how to beat Malboro in Final Fantasy Crystal Chronicles.

The good news is that just like most of the other bosses in the game, the strategy for taking down Malboro is pretty simple and straightforward. This is the first major boss you’ll face in Final Fantasy Crystal Chronicles, though, so here are just a few tips to help make the fight go a little easier.

First off, make sure you have a cure spell ready in your command menu, or at least have some healing items ready to go. When the fight begins, there will be two adds in front of the Malboro spitting projectiles at you. The first thing you want to do is take them out as quickly as possible, as they’ll just be a hindrance as the fight goes on.

While focusing on the adds, keep an eye on the ground as well for glowing spots. When the ground begins to glow, step away immediately as that’s where the Malboro will summon its tentacles to damage you. There’s a lot of dodging involved here, as you’ll need to keep an eye on projectiles and tentacles as you take out the adds. Once you defeat the adds, the fight becomes a lot more straightforward.

The Malboro will continue to telegraph its tentacle attacks, and occasionally it’ll also face its left and right sides to get its signature Bad Breath attack ready. Whenever the Malboro turns to the left or right, immediately head to the opposite side and continue whacking away at it and avoid the attack.

More adds will spawn as the boss’ health gets lower, so make sure to take them out before focusing on the boss again. But aside from that, there isn’t really anything else to worry about.

That’s all you need to know about how to beat the Malboro in Final Fantasy Crystal Chronicles. Be sure to search for Twinfinite for more tips and information on the game.