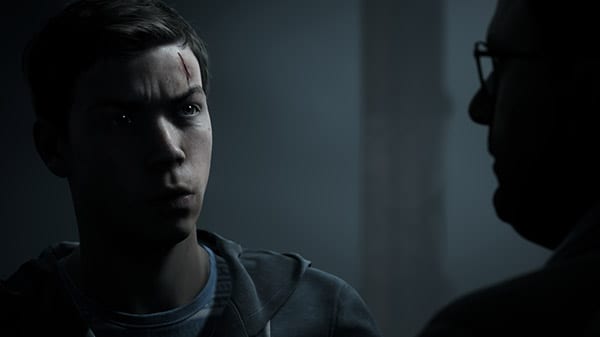 The Dark Pictures Anthology series’ next installment, Little Hope, has received a new dev diary centered around the performances and experiences of one of the game’s key actors, Will Poulter.

Streamed by Bandai Namco Entertainment via YouTube on Aug. 11, the video sees Poulter interviewed on his experience during the production of Little Hope while playing the characters Andrew, Anthony and Abraham, with each existing at different points in the story.

He begins by saying one of the aspects which stuck out to him about his time performing for the game was the commitment to realistic interactions between the game’s many characters.

“Something that the team behind this project communicated to me from early on was a need to make the relationship between the different characters and their individual arcs feel truly authentic,” Poulter says. “And have us all interact with each other in a very naturalistic way, in a way that would serve the story and make all of the horror and dramatic elements feel real, and that really excited me as an actor.”

His performances in Little Hope also marked his first experience with motion capture technology, which served as both a new challenge and a fun new experience for him. This was in addition to acting for a production with multiple different outcomes, which also served as a new frontier for the actor, whose experience has come from films with set outcomes.

This has all led to a complete package which, from Poulter’s view, doesn’t rely too heavily on cliches of the genre and offers something special as a result.

“I think there haven’t been any corny or contrived nods toward the horror genre. It has been about playing the reality of real people thrust into a very scary environment and just reacting naturally to it,” he says. “And if anything, the dialogue has been designed to deconstruct anything that seems contrived or too thematic.”

It’s an excellent look at what it has been like piecing the next entry in the series together, and fans will want to check out the full video down below.

The Dark Pictures Anthology: Little Hope is set for release on PlayStation 4, Xbox One and PC on Oct. 30. For more on the game, check out its release date reveal trailer from back in July.