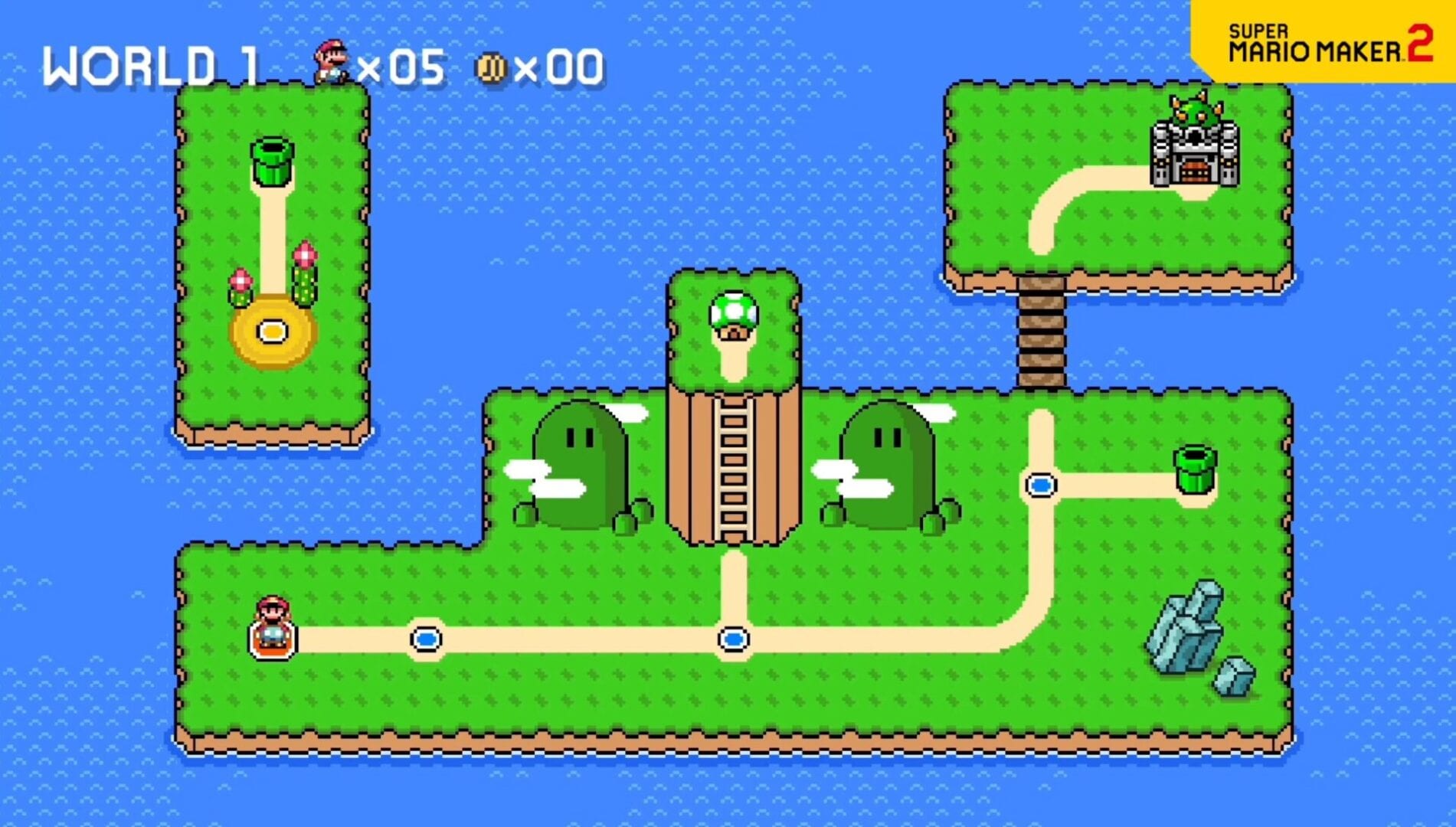 Super Mario Maker 2 levels are a labor of love. Spending minutes, hours, or even days trying to work on something that may never even get a lot of plays. Well-crafted Super Worlds though are on a whole other level as they can rival the length of full-on Mario games from Nintendo! Let’s look at five of the best Super Mario Maker 2 Worlds that are definitely worth giving a look.

For the record, we’re going to be focusing on traditional style Super Mario Maker 2 Super Worlds that offer an experience similar to a Mario game you might get from Nintendo. I’m not a puzzle lover, or extreme difficulty guy personally, so if you are, this list might not be for you.

Let’s start this list of the best Super Mario Maker 2 worlds off with one of my favorite themes, Super Mario World. I can’t get enough of the Super Nintendo classic and SharkyGW has put together a full-length game that mixes together many of the tools at your disposal when creating levels.

They even put together a professional-looking trailer that you can view above.

Super Mario Bros 1.5 is a very well-made, professional and creative Super Mario Maker 2 Super World that takes place entirely in the SMB1 style that you can get a glimpse of via the trailer above.

Super Mario Bros 1.5 doesn’t really contain any gimmicks like some of the games on this list. It’s just a damn good full-sized SMB1 game made within Super Mario Maker 2.

Although it’s all SMB1 style, there are a ton of creative levels that leverage the new items and the theme of each world to keep things mixed up.

Here’s one we wrote about before and since its posting, I was able to recently play all the way through myself and I have got to say it lived up to the hype!

There’s of course the major challenge of SM64 being a 3D game, making it impossible for the levels to be 1:1. But actually, that’s what gives this Super World its charm.

It’s unique and stands out on its own right and you get just enough nods, easter eggs, and more which remind you of each of SM64’s classic levels.

Each level in this one requires you to find all of the red coins, and each is a nod to a star in SM64.

If you were a fan of the New! Super Mario Bros. series on the DS, and loved that style, this is the Super World for you.

If you grew up on the DS, and have fond memories of the classic Mario games on that platform, definitely give this world a shot.

Super Trokey World is for the SMB3 fans out there. It’s yet another well-made, traditional, full-sized Super World with 40 levels.

It uses a mix of seven different types of maps across its eight worlds and levels are themed around them to offer up quite a bit of variety.

Nothing overly fancy here, just a lot of well-done courses all tied up together in a neat, traditional SMB3 style.

OK so I know I already recommended one Super Mario World-themed world, but I have to do one more.

What I really like about Super Shroom! world aside from the obvious of it containing lots of really well-made and fun to play levels, is that they make an attempt at recreating the secret worlds and exits that existed in Super Mario World.

Some levels will contain a secret red pipe, that will take you into effectively a whole other course that you can play through instead of the regular one had you just continued without finding the pipe. Very neat!

Personally, I’m not a huge fan of the Master Sword. I’m just not a big TLOZ guy, sorry. That said, what I like about Mario and Link Adventures is that it was designed around both characters.

Think of it kind of like Mario and Link teaming up. You can play through any level as Mario or Link and have ample opportunities to switch back and forth, and each character can approach the level in ways that are unique to their strengths.

This last one is another one for the SMB3 fans. Super MarcMars world is an impressive full-sized SMB3 game that, like many of the other dedicated one-style games on this list, is expertly-crafted and mixes in many of the recent power-ups and enemies that were added in the last few Super Mario Maker 2 updates.

You can get a feel for Super MarcMars World in the trailer above.

Know of some other amazing Super Mario Maker 2 Worlds? Leave them down in the comments below and we may check them out and add them to this list!