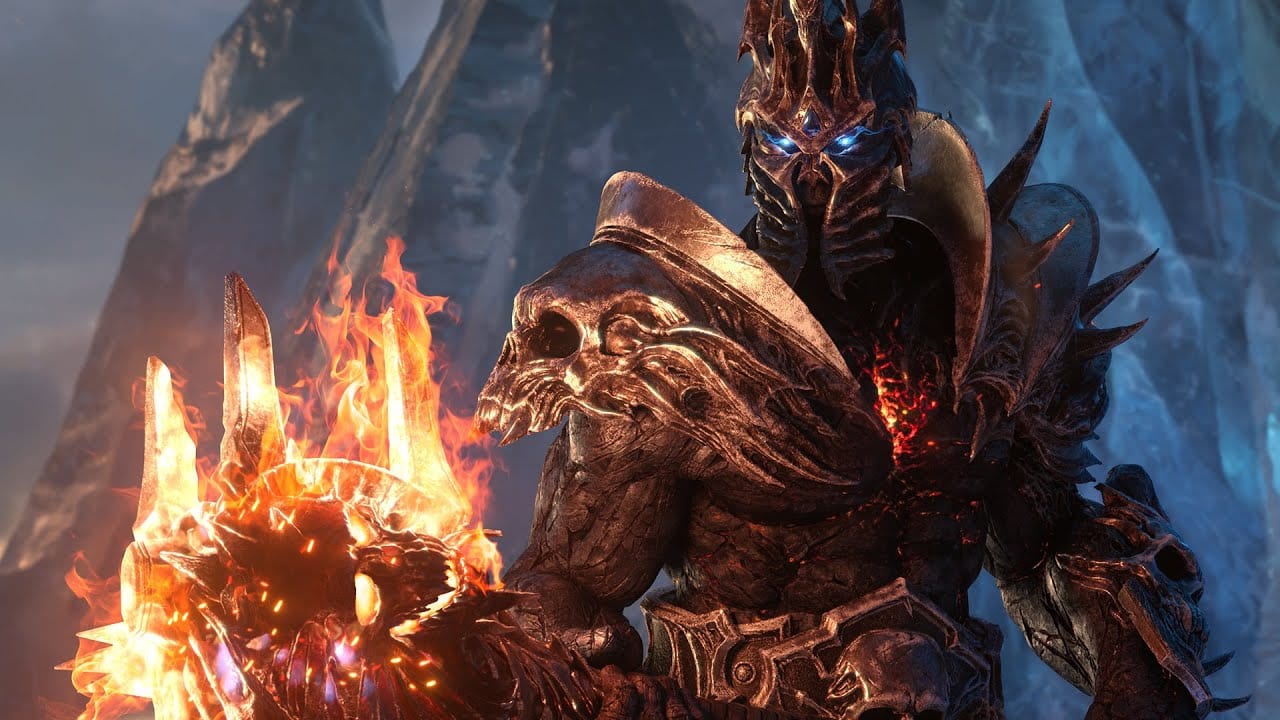 We learn that the expansion will go in beta next week.

According to game director Ion Hazzikostas, the beta is feature complete even if there is still a lot of work to do. The level cap will increase to 60 and players will get the first look at the endgame.

Many new invites will be distributed among players and more will come over the course of the summer.

Speaking of the endgame loop, players will be asked to select a covenant when reaching level 60.

This will unlock an entire sphere of gameplay and we get to take a look at Soulbinds with prominent souls. They’re basically a set of new talent trees. Conduits will also provide more utilities for players’ gameplay and can be respected at a nominal cost and switched easily (unlike Soulbinds).

Progression within a covenant will be done by gaining renown that will provide a number of rewards.

Each covenant has a Sanctum that can be upgraded. It’s the base of operation for that covenant and has a number of features that can be restored.

This includes a transportation network that lets you quickly access different parts of the covenant’s zone.

Another important element is the Anima Conductor that lets you send streams of Anima toward an area that will enable quests, treasures, and more content there. At some point, you’ll be able to permanently restore Anima in various places.

Adventures will also return with their champions that you can send out while you’re offline to bring back loot. It will be mobile compatible.

Each covenant has its own unique features. The Venthyr have the Ember Court, the Kyrian have the Path of Ascension. The Necrolords have the Abomination Factory, while the Night Fae will have the Queen’s Conservatory.

A new max-level dungeon titled Theater of Pain will also be added. It’s a non-linear dungeon where players will have to interact with all of the covenants.

Players are also going to revisit the Maw, finding out more about what the Jailer is up to. Players will not be welcome in the Maw and they will need to beat a hasty retreat if they draw the attention of the Jailer.

Looking ahead, later this month the testing of the Castle Nathria raid will begin, alongside the Shadowlands Mythic+ dungeons.

Legendary Runecrafting will also come. By recovering essence and scraps of knowledge a runesmith will be able to make a legendary item of the player’s choice.

More content to be tested will also include Covenant campaigns and PvP. Character copies will also be enabled at some point toward the end of the month, enabling end-to-end testing.

Of course, lots of polish, iteration, and tuning will also be done.

We also get to see the Collector’s edition.

World of Warcraft: Shadowlands will be released this fall exclusively for PC.

If you’d like to see more about World of Warcraft: Shadowlands, you can check out a trailer from last year.