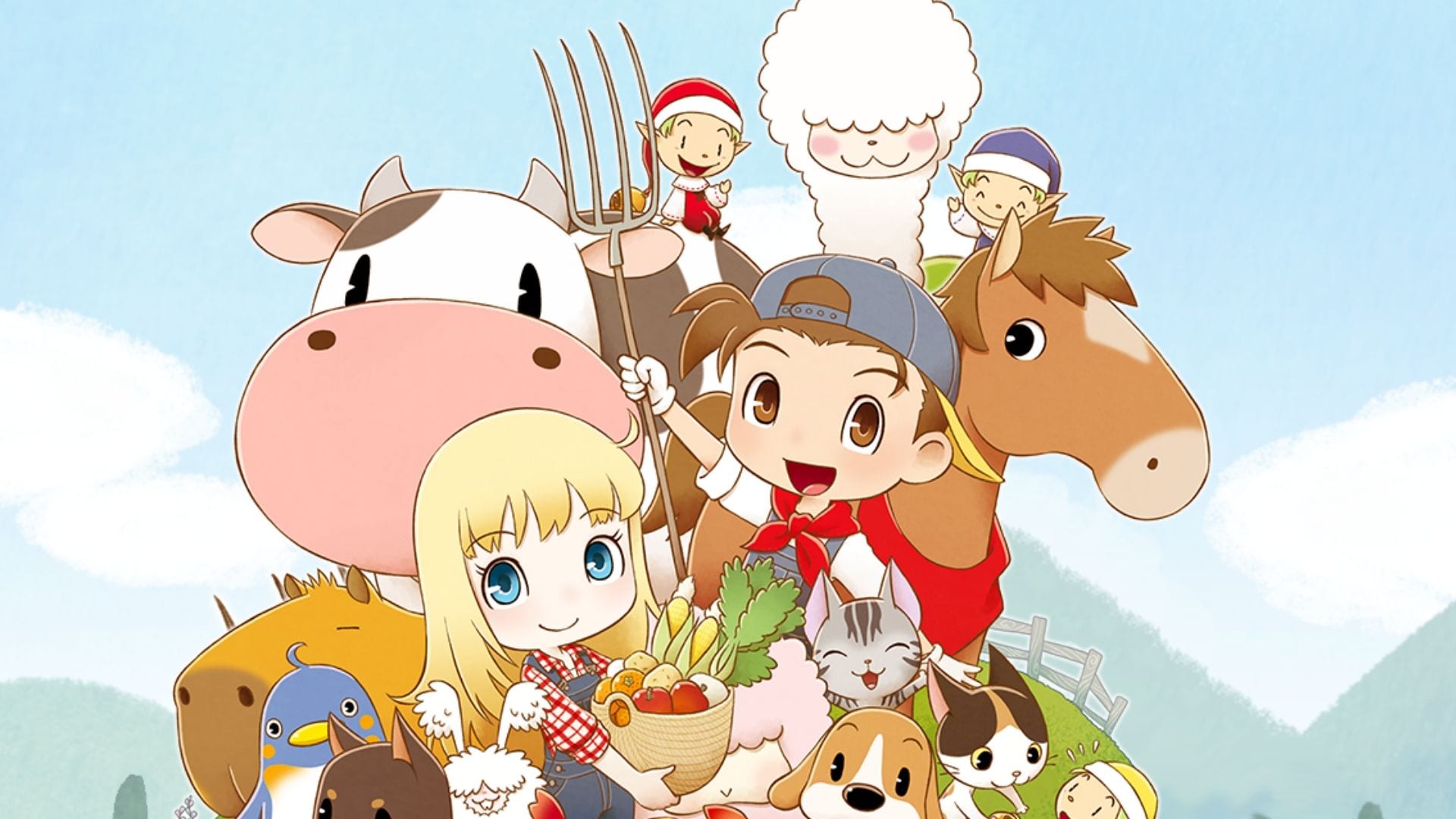 Following end of this partnership between the developer, Marvelous, and their Western producer (and owner of the name Harvest Moon) Natsume, Story of Seasons became the new title for the series of games referred to as Bokujō Monogatari in Japan.

Although Marvelous aren’t the original Harvest Moon developers, and there has been a lot of controversy around the name-change and ownership rights, this return to one of the most beloved entries in the Bokujō Monogatari series is vastly enjoyable, even if the age and original-release system’s limitations can be felt.

Following suit with several iterations of the farming sim formula, the player has inherited their grandfather’s farm in a country locale, where a new adventure awaits.

Meeting the various townsfolk (or forest sprites) and collecting bits of background information, while rudely walking in on other people’s conversations, brings to light a deep ecosystem of people with vastly different backgrounds—both good and bad.

Dialogue is scattered between the triggered cut scenes, where interactions come with increased friendship and continued effort put towards the individual characters from Mineral Town.

While nothing is handed to the player, and all new information must be discovered, the hunt is what makes the stories all the more endearing.

Holidays and events act as hubs for plot-points, where racing horses, producing the best dish, or birthdays, act as the catalyst for progression and influence a lot of the leaps and bounds you make within your more personal relationships as well.

Romantic interests with several of the cast members allow you to pursue marriage. By gifting them their favorite items or simply taking the time to chat with them you’ll increase the possibility for a potential engagement to be accepted.

Both sexes can be courted, meaning you will have your hands full keeping up with the large number of potential suitors you can wine and dine.

While a majority of the story moves through these romantic arcs, you can simply skip this portion entirely if you so choose and focus completely on the gameplay functions of Story of Seasons: Friends of Mineral Town.

Farming will take up a majority of your day-to-day tasks, from tilling the soil, planting the seeds, and keeping them watered. This loop, though somewhat tedious at times, is relaxing and lulls you into its repetitive nature.

Plants of different types can be sowed depending on the season, all of which simply require their daily watering to flourish. Some seeds are more expensive or tougher to acquire, resulting in higher profits, but all in all, it’s a loop you will get more than familiar with.

Caring for animals is another route that can be taken separately or in unison with farming, allowing you to raise cows, chickens, and several other ingredient-producing pets.

Keeping them well-fed and cared for (via daily brushing) will earn you items like eggs and milk that can be sold outright or used in cooking recipes.

Cooking is a mechanic that is mainly utilized for its stamina-restoring characteristics but also carries some story implications.

While it’s nothing fancy, making cookies for your favorite gal or chowing down enough to keep you moving allow for a much-needed use behind all your gathering.

Unlike some similar titles from the genre, there isn’t a lot of reason behind saving items up. Most things can be tossed in the sell-bin, with a lack of storage and early-game pocket space forcing the issue.

Building and improving your farm take wood and stone, but can be gathered as the need arises. This goes with all forms of gathering, where mining is only necessary when you’re prepared to upgrade a tool, or gifts can be scrounged up on the fly from items that appear naturally.

Even fishing only really is used in the above-mentioned cooking, or to make a buck, otherwise, you won’t be hoarding materials like you would in modern titles like Stardew Valley or Graveyard Keeper.

Because each action you take lacks some necessity, the entire game feels way more casual than some of the other premier farming sims on the market. With that being said, the experience is pleasant from top to bottom.

Graphically, the remake is wonderful, as long as you’re okay with the change to a chibi-esque stylization to the characters and animals. Harvest Moon has always been cutesy, but this goes into Final Fantasy XV: Pocket Edition or levels of lovable.

Story of Seasons: Friends of Mineral Town takes one of the better-remembered entries in this storied franchise and gives it a fresh coat of adorable paint. While feeling more casual, and a bit held back by its roots, this is the perfect return for anyone fond of the original release.