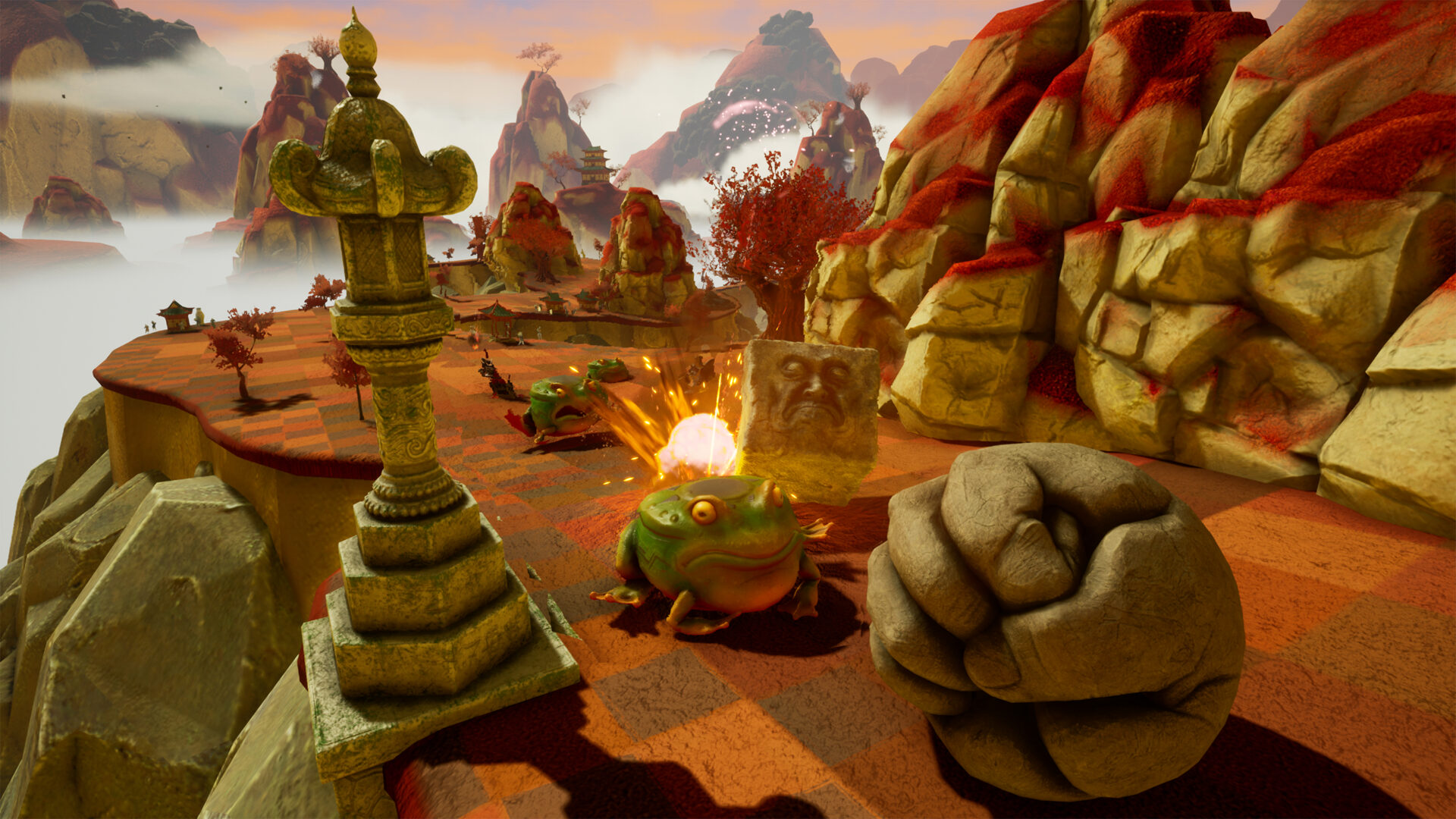 The game features the same tower defense gameplay and rolling giant boulders into obstacles as previous titles in the franchise with up to four players online and two in split-screen local multiplayer.

The biggest addition is the new level editor that allows players to build their own courses and share them with friends and the community.

The story mode in the game features an altered version of history that includes Abraham Lincoln, Caesar, and Moctezuma alongside mythical creatures such as Krampus and the Flying Spaghetti Monster.

The sequel offers 20 kinds of boulders and six game modes such as the new Boulder Avalanche mode and Humpty-Dumpty mode.

Rock of Ages 3: Make & Break is now available on PC, PlayStation 4, Xbox One, and Nintendo Switch for $29.99. The game is scheduled to launch for Google Stadia on Aug. 14.