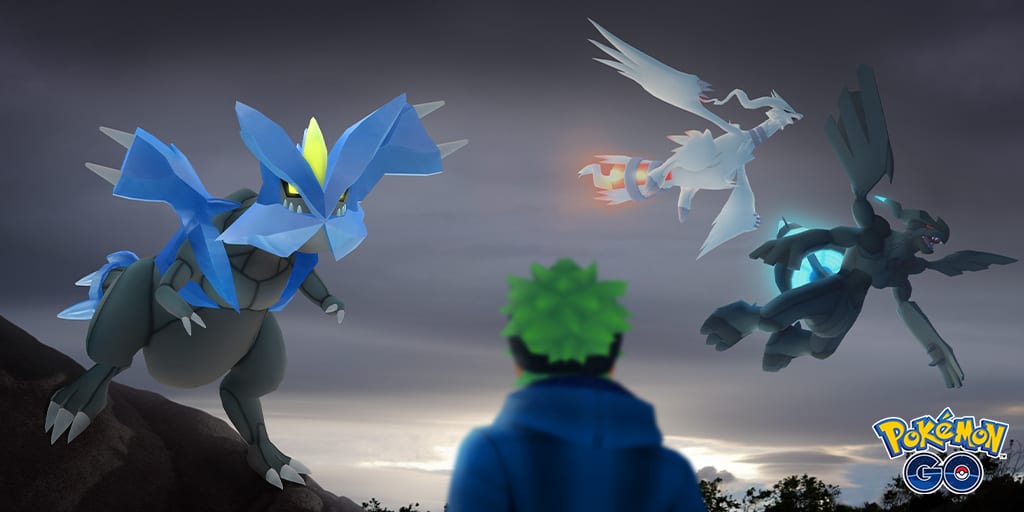 Last but not least, Kyurem is the final member of the Tao Trio to come to Pokemon GO. If you caught Zekrom and Reshiram, then you can finally make your collection complete with this Dragon/Ice-type Pokemon. Just follow this Kyurem raid guide, choose the right counters and you might be able to add it to your team.

The Kyurem raid is already in full swing and it’s expected to last at least until July 28. You still have plenty of time to add one to your collection, but don’t wait or you’ll miss it.

How to Use Remote Raid Passes

If you’re just starting to use your remote raid passes for the first time, then here’s a quick breakdown of how it works for the Kyurem raid or any other raid.

From the main screen of the game tap the nearby Pokemon in the lower right. This will bring up a list of nearby Pokemon and raids. Tap the word Raid near the top of the screen. Hit View to pull up the raid battle in the gym.

If you have a Remote Raid Pass, then you’ll see a pink battle button at the bottom of the screen. Tap it to join the raid battle when you’re not close enough to join the raid with a standard or premium battle pass.

Kyurem is weak to many different types of Pokemon that are extremely common and powerful. This is good news for those who want to try out this raid, but bad news for anyone who wants to use Kyurem in PvP or PvE battles.

The Boundary Pokemon is weak to Fighting-, Rock-, Steel-, Dragon-, and Fairy-type attacks. Chances are high that you’ll have plenty of attackers with those types. Just make sure you go in with at least four friends to finish this raid comfortably.

These Kyurem raid counters are the best you can choose assuming you don’t dodge, that they’re all level 35, and that they have no attack boosts of any kind. Also, Shadow Pokemon will be listed in Honorable Mentions. Keep in mind Shadow Pokemon are stronger but take more damage.

Kyurem is a Dragon/Ice Legendary Pokemon that falls apart in the face of a good Steel-type. This makes choosing Kyurem’s counters incredibly easy. Pretty much any Kyurem that doesn’t have Blizzard will be relatively easy to beat.

If you follow our suggestions for counters in this Kyurem raid guide, then you should be able to add this Legendary Dragon to your team. And if there’s anything else you need to learn about Pokemon GO, then just check out our Wiki Guide.