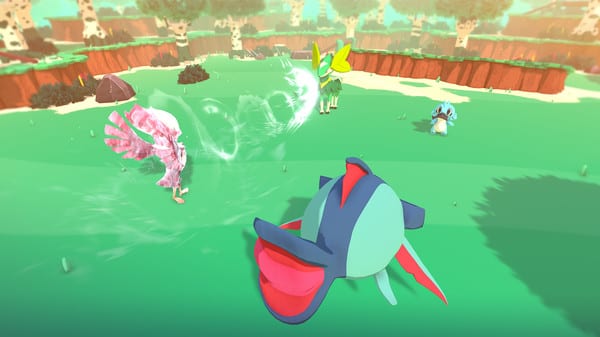 Today, a big new update is coming to Temtem. The Pokemon inspired MMO was hugely popular when it launched in early access earlier in the year, but now the experience is being expanded. If you’re excited to jump back in, here’s everything you need to know about what’s new in Temtem’s Kisiwa update.

The Kisiwa update’s main draw is the new island that it brings to Temtem. Not a whole lot is known about the new island, with players getting to explore it when the update launches on July 21, but it is being attacked by Clan Belsoto and you need to protect it.

The new island brings a new biome for you to explore and catch creatures in, expanding the world significantly.

As the developers say, “Temtem’s price will keep increasing with each big patch (aka new island) we release,” so the Kisiwa update sees Temtem go to $37.50 to purchase.

Alongside the new island, 23 new creatures, a host of new techniques for them, and items you can use as you explore are being added to Temtem.

We don’t know quite yet what all the new creatures are, but we’ll update you as soon as they’re revealed.

As for the new gear, you’ll find things like climbing gear and an incubator backpack, which will make exploration easier and more rewarding. The new attacks and animations will also make the game’s combat more exciting.

During the game’s alpha period, Temtem had a chat feature but it was removed because it “consumed a lot of server resources.”

Now, with the Kisiwa update, it is back. There will be different tabs to chat, the ability to chat with just the people around you or in your club (which we’ll get to soon), and whisper to individual players.

The chat feature will also have plenty of privacy options, allowing you to turn it off entirely or block players you don’t want to talk to.

Not only will the chat message appear in the bottom left of the screen, but you’ll also be able to see messages from characters above their heads as you explore the new region.

The other new social feature is Clubs, which is Temtem’s version of Clans essentially. You can create your own, which can have up to 50 members, or join another. Each Club also has a variety of possible customization options.

The Kisiwa update blog post reads, “using an array of icons, backgrounds, different borders, and dyes, players will be able to create their own unique banner which will be displayed in every player’s profile and also inside competitive battles.”

While Clubs doesn’t feature any gameplay options, which are due to come at a later date, they allow you to personalize your experience and check in with your friends whenever you play.

The max level of your Tems has increased from level 48 to 58. It’s not a huge increase but Crema says that it is “more than enough for these little fellas to reach their final step in their own journey…”

That’s quite a mysterious way to put it, but maybe the level cap will increase further at a later date.

Ability to Remap Controls + Other Fixes

Finally, there’s something else coming as part of the Kisiwa update that adds a much requested feature.

You’ll now be able to remap your controls, whether you’re playing on keyboard and mouse or a controller. That will help you make Temtem feel exactly how you want it to.

In addition, a whole host of new emotes and bug fixes will come as part of the patch, improving the overall experience.

If more new features come to Temtem as part of the Kisiwa update once it is live, we’ll be sure to add them here. If you spot anything else too, be sure to shout them out in the comments down below.