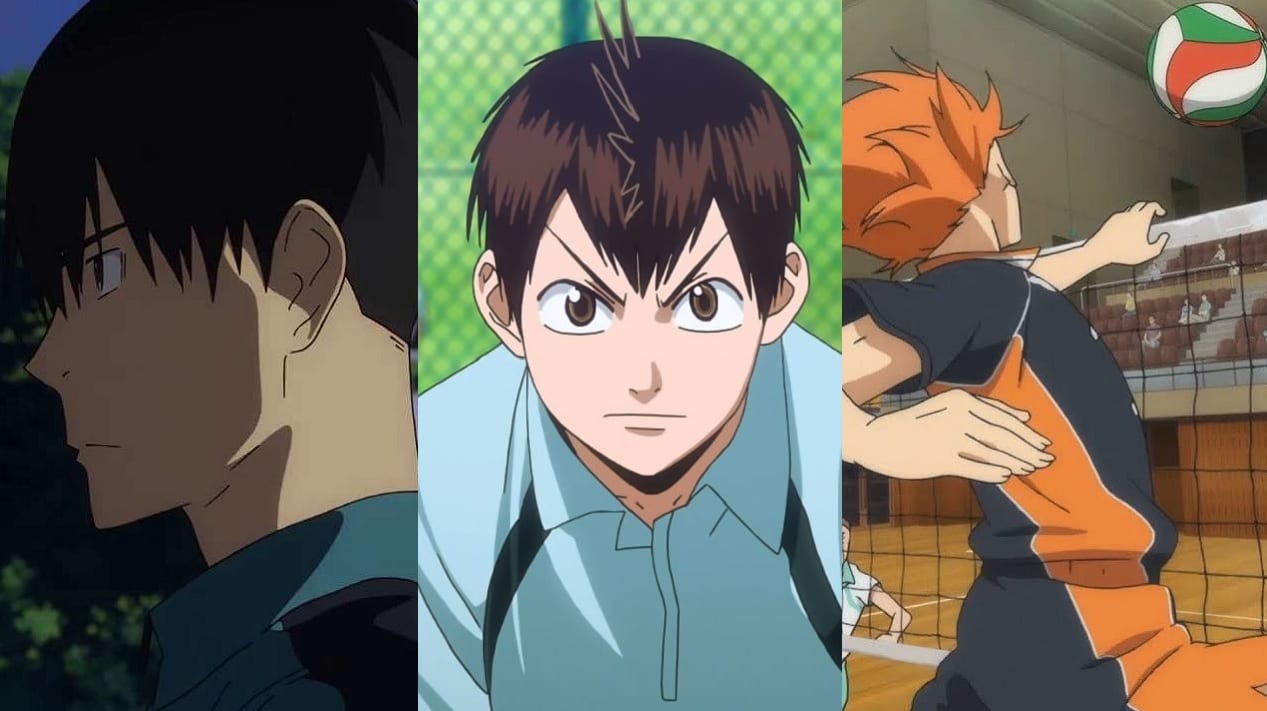 On the surface, Ping Pong the Animation looks like a crudely drawn show about a low-level sport most just play for fun. It doesn’t take long to realize that this sports anime is beautiful and also layered with subtext.

Ping Pong the Animation follows two high school friends, Peco and Smile, and their journey playing the game. Each episode explores the intricacies of ping pong, explaining different strokes, styles, and tempos that anyone who has never played seriously wouldn’t have known existed.

While it’s fun to learn how deep the sport is, the true glory of this anime is watching the characters evolve. From the main two to the antagonists to a random player Smile beats, each person gets their own fulfilled arc.

Alongside the characterization its got going for it, the Sakuga in Ping Pong the Animation is also on par with any top tier action show around.

Everything about the show is beautiful and teaches you to fly.

Even if you’ve never played or had any interest in tennis, there is something to be said about the sheer calculation and strategy required to dominate the sport. Baby Steps is a systematic breakdown of this, as it follows a novice introduced to tennis early on in high school.

Eiichirō Maruo, also called Ei-chan, uses his intellect and dedicated note-taking to learn the game and rise through the ranks quickly over two years.

Alongside learning more about tennis with each episode, Ei-chan finds passion and friendships he’d never known before, thanks to tennis. His growth as both a character and a player is extraordinary to watch.

The main downsides are that the anime hasn’t aired a new episode in years and that the manga it’s based on was abruptly canceled. This shouldn’t stop you from enjoying the ride, though, as Baby Steps is full of heart and intellect, and is definetly one of the most underrated sports anime around.

Haikyuu!! tells the story of a scrappy underdog, Shoyo Hinata, who displays an unrivaled drive and passion for volleyball. Despite his small stature, his work ethic and sheer will move him forward, culminating in him joining former volleyball powerhouse school Karasuno High.

The show starts with practice matches where new teammates arrive and the sport gets explained for casual viewers. It isn’t long before tournament and training arcs occur in the plot, each of which really sucks you into the game of volleyball.

Each match in Haikyuu!! feels like a war, going back and forth with no clear winner presented. It’s this tension, and the fact that Karasuno isn’t guaranteed to win, that’ll keep you on the edge of your seat with each volley.

Alongside the action, Haikyuu!! ‘s biggest strength comes from its characters. Whether it’s Karasuno’s developments working together as a team, Hinata’s overall improvement, or even situations that focus on other team’s backstories, this anime developed a fantastic cast.

With its manga coming to a close soon, there is no better time to hop into the series. I’ve no doubt you’ll fall in love with these best boys just like everyone else.

If you’ve ever wanted to watch a sports version of Dragon Ball Z, Kuroko’s Basketball is your best shot. This basketball anime is balls to the walls intense, following Tetsuya Kuroko as he becomes the sixth man on an underdog high school basketball team.

Never before have you seen such dramatic –but cool– crossovers, shots, and dunks in basketball than what is on display in Kuroko’s Basketball. Every exaggeration shown off encapsulates Shonen anime in a sports format.

The story is also compelling, as Kuroko and his teammates overcome adversity time and time again, forming strong bonds as a result.

Kuroko’s Basketball is definitely the most over the top anime on this list, but it is still definetly worth a watch.

Despite how violent it may look at first glance, there is a beauty and art to the sport of boxing. If you’re looking for an example of this, look no further than Hajime No Ippo.

Hajime No Ippo tells the story of Ippo Makunouchi: a shy kid who falls in love with boxing after putting in a lot of hard work. He soon spares with a prodigy, losing by KO, but showing off his fighting sense and potential.

The show focuses heavily on character development, giving plenty of time to build up Ippo’s opponents, allowing us to invest ourselves in their stories, alongside his own. There are a lot of entertaining characters in the show, as it sports a memorable and colorful cast.

Following a crushing defeat, Japanese figure skater Yuri Katsuki is on the verge of retirement at only 23-years-old. His passion for the sport dwindles amidst failure, making him question whether to keep going.

Just when all hope seems lost, two skaters stoke Yuri’s fire, inspiring his competitive nature, pushing him back towards greatness and a desire for figure skating.

Even if you aren’t someone who loves figure skating, it’s impossible not to admire the spectacle on display in Yuri On Ice. The movement, music, and story that goes into each competition is compelling and beautiful to watch.

The romantic element of Yuri On Ice is also touching, exploring a same-sex relationship between Yuri and Victor that is sure to warm even the coldest of hearts. There is more to the romance than just pleasing shippers, though, as the show dives deep into homophobia themes, especially among the conservative mindset known to the world of figure skating.

Run with the Wind

The word masterpiece gets thrown around a lot in anime, but when it comes to sports, Run with the Wind might well be the closest thing to perfection.

Haiji gives Kakeru a place to stay, introduces him to other members of the house, and eventually reveals why he brought him there in the first place. The plan is to team up with his fellow residents in the Chikuseisou dorms to compete in the Hakone Ekiden relay marathon.

The task seems impossible, as even the most athletic housemates wouldn’t qualify for the Hakone Ekiden, one of the most prominent university races in Japan. The story quickly builds on each character’s journey to overcome the challenge, touching on a lot of relatable themes, ranging from inadequacy to injury to one’s purpose in society.

Run with the Wind is about much more than just running, exploring the deeper meaning of why we do it, and the subtext of life in general.