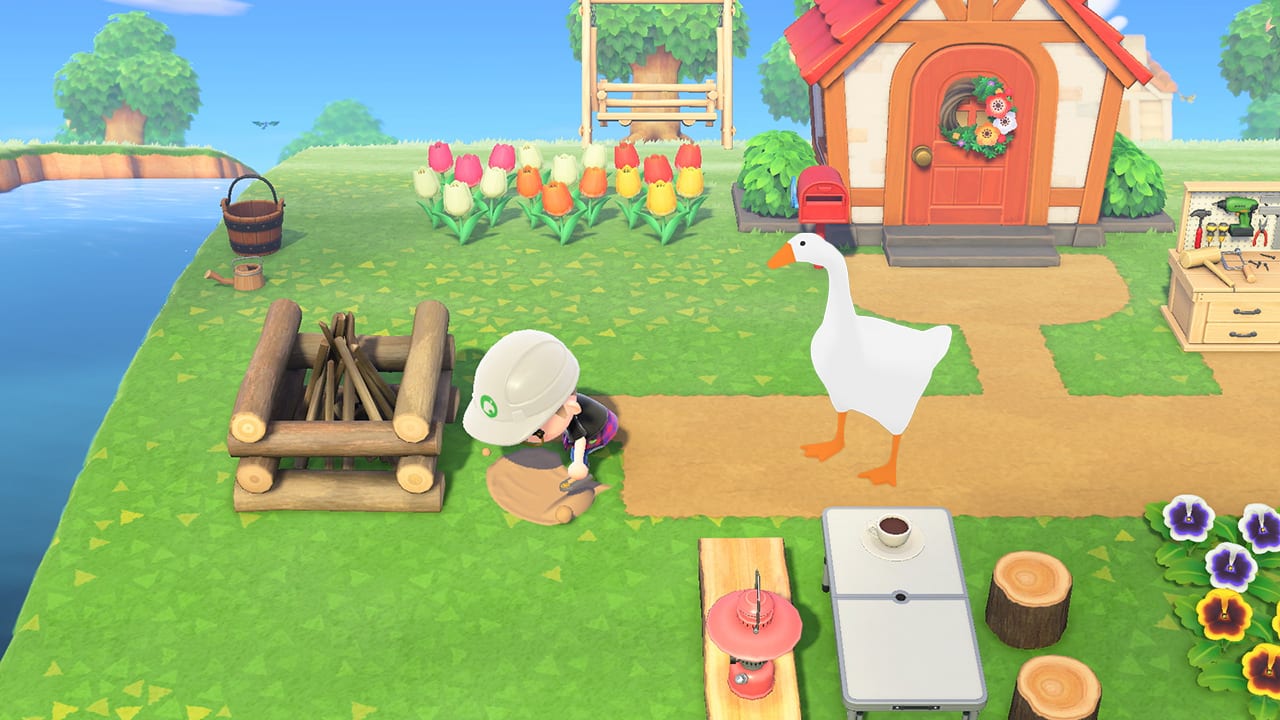 Within the wonderful world of video games, there are dozens of characters that would fit in well with Animal Crossing’s dynamic. And there are quite a few that wouldn’t.

The following characters would absolutely not fit in as Animal Crossing villagers because they would either be the worst neighbors, terrorize the entire village, or be downright unbearable.

Our first terrible Animal Crossing villager is none other than Trevor Philips from GTA V. Trevor might as well be the personification of chaos because he has an incredibly short temper and he will resort to violence at the drop of a hat.

When we first catch him in his home at the beginning of the game, we find it ridiculously dirty and practically rundown. Seconds later, he even steps outside and kills Johnny from the Lost MC.

So, having Trevor running around your village would mean you’d be in for either a very dangerous time, a very eventful time, or a very restless time.

He also seems like he’d be the type to loudly play music at 2 in the morning while you’re trying to sleep.

Kratos is the type of person who’d much rather be left alone. He also seems like the type of neighbor who’d build a very tall fence between him and literally everyone else. There’s only room for one other person in his house and that’s his son.

We only get a glimpse of his home in God of War (2018) but we can see it is out in the middle of nowhere and surprisingly rather organized. Granted, that could be either Atreus or his wife’s doing.

Either way, Kratos would be that villager you’d rarely see out of his house and when you do you’d be treated to a death glare so sharp that it could cut diamond.

Meanwhile, Atreus would be an angel.

Haley is that person who’s rather self-absorbed. She’s essentially one of those #youths that would regularly take selfies, vlog, and complain about everything.

She’d be the type of Animal Crossing villager that wouldn’t care for where she lives, who she’s talking to, or care about anything going on in the village.

We’re not trying to paint her in a bad light here. That’s kinda just who she is and her romance story line in Stardew Valley is actually pretty cute.

In the Animal Crossing world, however, she really wouldn’t like being around talking animals or anything remotely like rural life.

And, now it’s not that hard to imagine the Stardew Valley people in Animal Crossing because someone’s recreated them in the game.

Literal trash, this “cute” Pokemon would not fit in with the other villagers in town mostly because, as mentioned earlier, it’s literal trash.

Because of that, it prefers stinky, dirty, and nasty environments like your dumpster or a corner with a bunch of forgotten rotting food. This little buddy also smells insanely bad so it’s not exactly the approachable type.

While distantly endearing, Trubbish would be a hard villager to get to know without wearing nose plugs or without your eyes burning from the stench.

Though, like nearly all Pokemon, Trubbish is still a little cutie even though it is, once again, literal trash.

Codsworth thrives in a home but he probably wouldn’t like all of the animals talking or walking around. Realistically, the Animal Crossing world is probably actually really dirty so Codsworth would have a conniption trying to keep everything clean.

He also seems like the type of neighbor that would never leave you alone. In theory, that sounds like the trait of a great Animal Crossing villager but something about Codsworth means everything is cranked up to 1000.

Though, compared to nearly everyone else on this list, he’s generally polite. So, at least he has that going for him.

Donkey Kong (and his family) would bring a lot to an Animal Crossing town. On the one hand, Donkey Kong is carefree, ridiculously lazy, and generally casual. On the other, he has a temper that can kill a man.

His Animal Crossing house would probably be intricately designed on the outside but a complete mess on the inside.

His giant family would probably accompany him as well so he’d end up being the type of neighbor that’d have loud family house parties on the regular.

Donkey Kong also seems like that person who’d always play their guitar at max volume but instead of a guitar it’s bongo drums.

A demon, an SCP, and an eldritch horror all packed into a tiny deceiving body, The Goose would be one of the worst Animal Crossing villagers. Its only purpose in life is to make everyone else miserable and that includes very nearly killing people on a daily basis.

The Goose is weirdly intimidating and if it was unleashed on an Animal Crossing town, no one would be safe. If it could talk, 95% of what it would say would be curses or insults. The other 5% would be maniacal laughter.

Animal Crossing is honestly too wholesome and peaceful to handle the Goose. The house it would have would probably be someone else’s that they violently commandeered. The inside would also be an absolute mess.