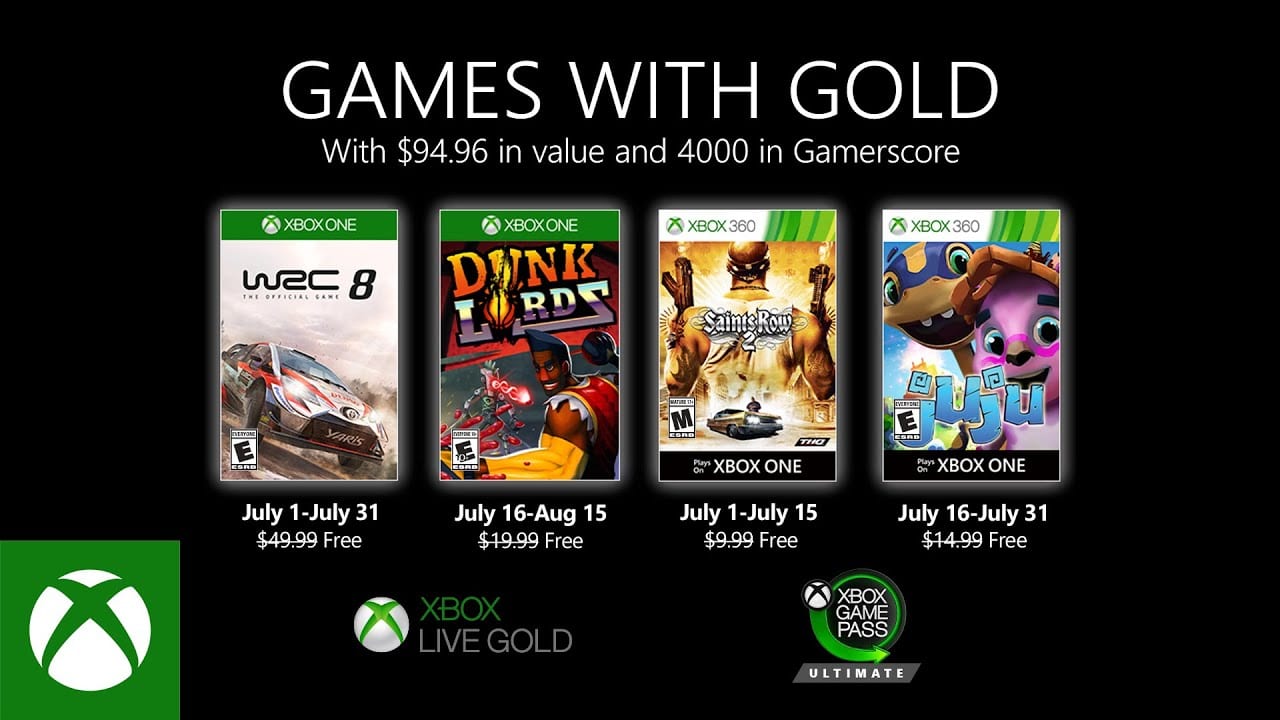 Another month, another batch of ‘free’ games for subscribers of Microsoft’s online service Xbox Gold. July is, er, ok. It’s certainly not a standout. Racing fans who haven’t played the excellent WRC8 will be stoked, while Saints Row 2 is still worth checking out for those who missed out back in 2008.

July’s lineup provides over $94 dollars in value and up to 4000 in gamerscore.

In case you aren’t familiar, you can check out a trailer introducing each game below. Otherwise, head over to Microsoft’s news page for more.

For comparison’s sake, here’s June’s Xbox Games with Gold lineup. Some of the games are still available if you haven’t bagged them already.