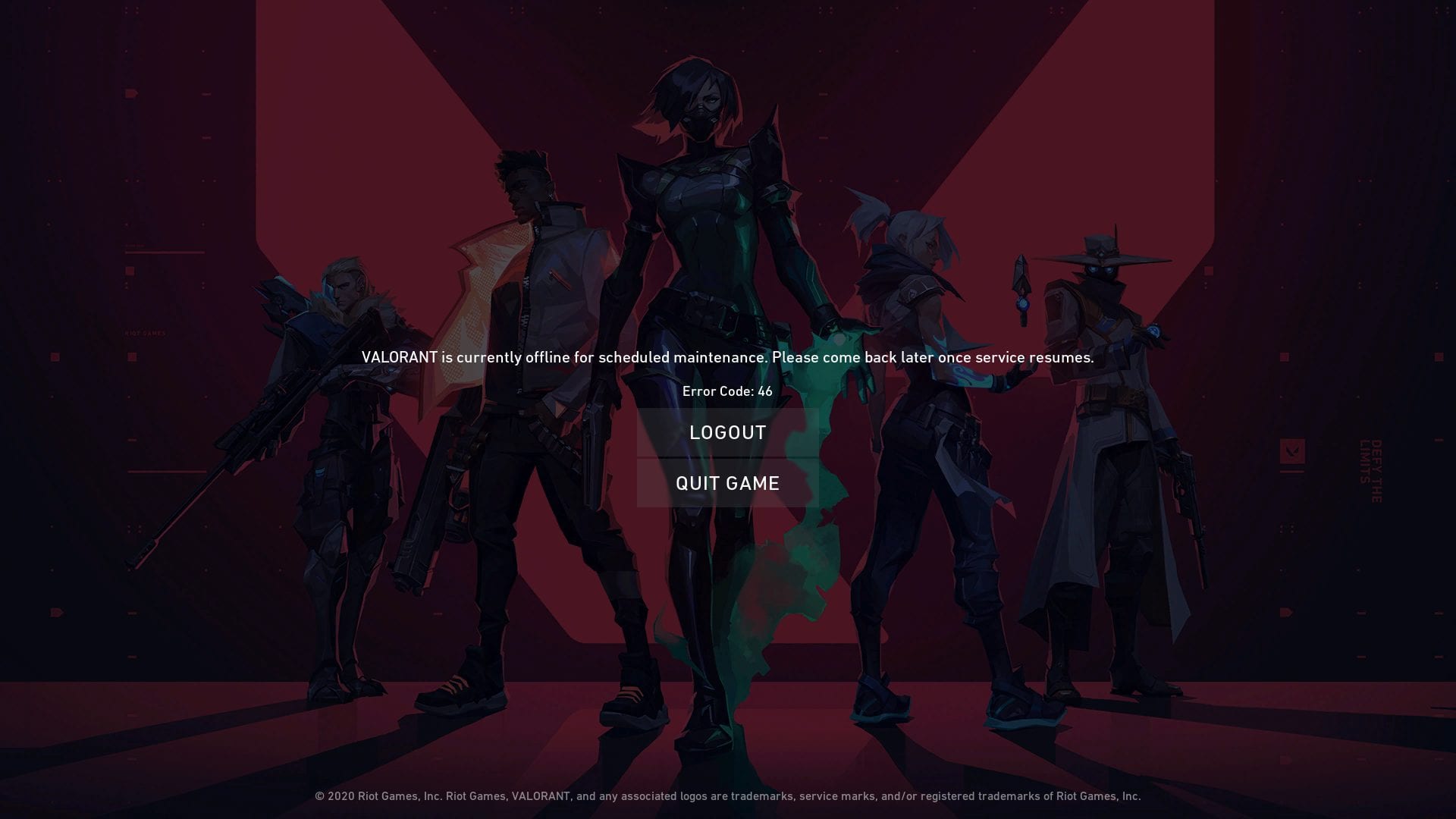 After several months of a closed beta period, Riot Games’ new hero-shooter Valorant launched in full earlier this week. But despite extensive testing and a brand new patch, the developer still hasn’t quite worked out all the kinks. Here’s what you need to know about how to fix Error 46 in Valorant.

How to Fix Error 46 in Valorant

So what is Error 46 exactly? Well, it’s actually not a glitch so much is it is a notice that Valorant’s servers are currently offline. That is to say, if you’re seeing the Error 46 message pictured above, so is everybody else — the game’s servers are offline and nobody is playing.

That said, your first port of call should be to check Valorant’s official social and Discord channels to confirm the game is definitely down. If you aren’t seeing any signs of other people experiencing the issue then perhaps try the following:

Other than that, the long and short of it is that there’s no fix other than to wait and come back later.

Error 46 was a very common message during Valorant’s closed beta, but it shouldn’t come as too much of surprise that as it launches in full, the servers are liable to overload.

It’s a free-to-play game, after all; potentially millions of new players are all joining the game at once wanting to try the experience for themselves. Therefore, you can expect to see the error message several more times over the coming weeks.

In fact, Valorant was actually taken down for emergency maintenance yesterday after the game went live. Although, players were presented with a different error number in that particular case. And if you’re wondering, yes, the process of how to fix error 51, 29, and 43 is exactly the same.

Our advice is to keep a close eye on Valorant’s official discord and social channels for a heads up on sever maintenance schedules.

That’s everything you should need to know about how to fix Error 46 in Valorant. For more useful tips and guides on the game, keep it locked on Twinfinite.