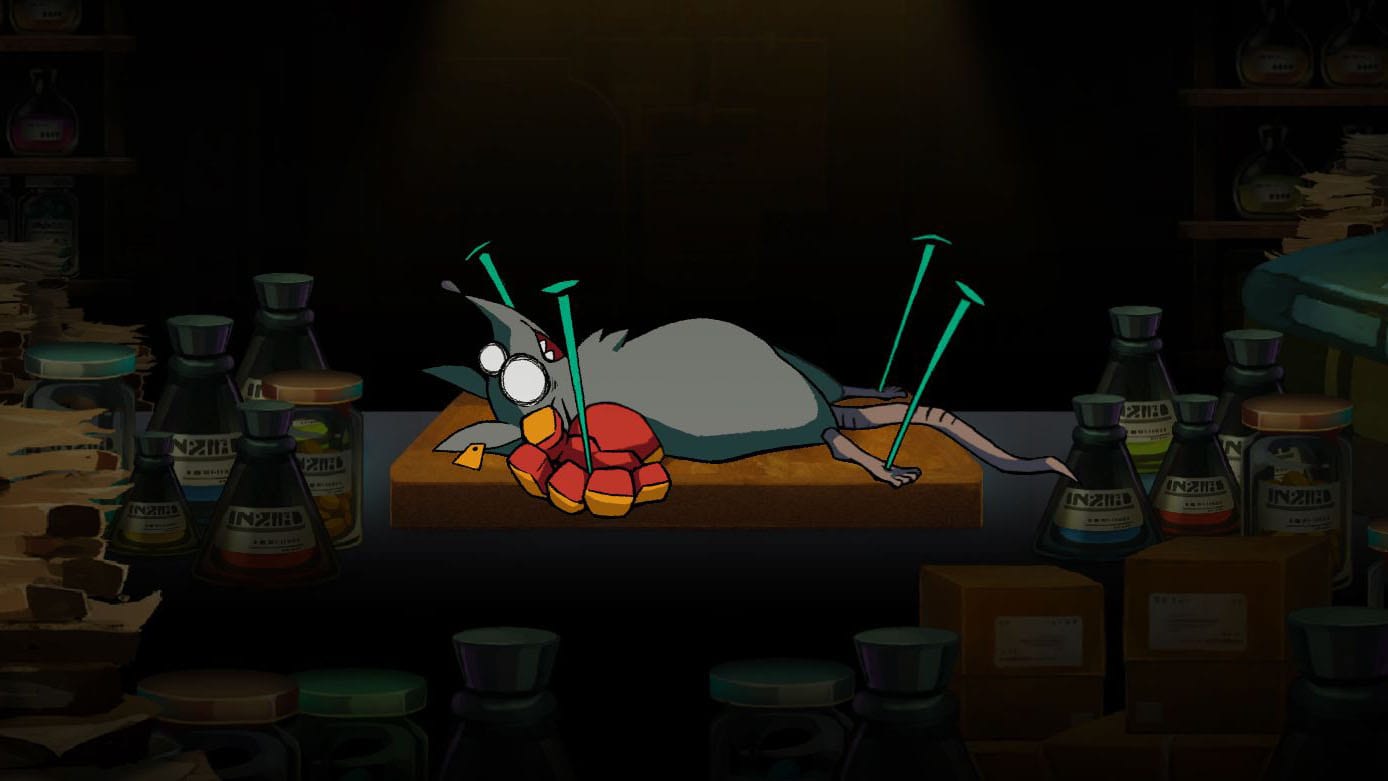 Nippon Ichi Software is at it again, and today they opened a new teaser website in preparation for the announcement of a new game.

We know the game is likely for consoles since it’s on the “consumer” area of the website, and we know this is a new game because the tags of the site say “Nippon Ichi Software New Title.” “New Title” can also be found in the URL. That’s all par for the course for a new Nippon Ichi announcement.

What’s quite peculiar is the imagery used for the tease, which shows what appears to be a lab with a dead or unconscious rat nailed to a board in the middle. It’s likely a lab rat (consistently with the environment) due to the tag on its ear, and it’s wearing what appear to be gauntlets or gloves of some sort.

All is topped by a “scratchy” music in the background.

No further hints have been provided about the game, which was also teased yesterday with a few livestreamed videos of a (real and quite cute) mouse in a cage.

We don’t know when the reveal will happen, but it’s likely going to be soon.

In the meanwhile, you can check out the latest trailer of another Nippon Ichi game, Shoujo Jigoku no Doku Musume for PS4 and Switch.