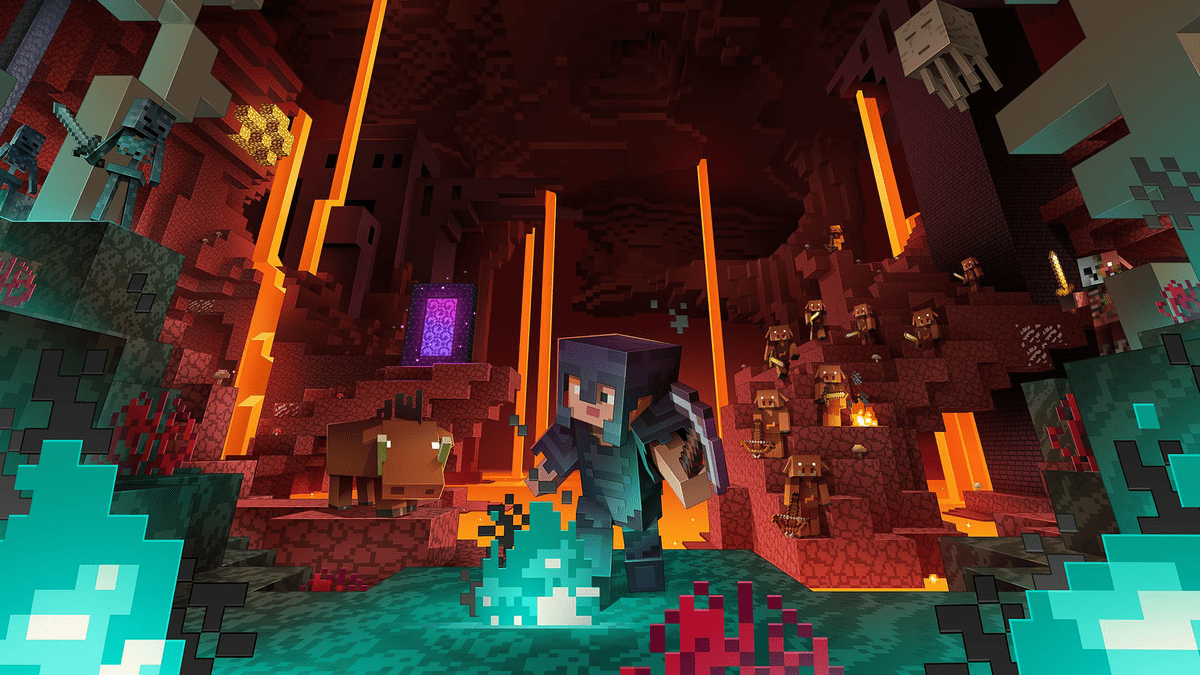 The Minecraft Nether update has arrived, and that means there’s a bunch of new content in the blocky world to check out. The main new addition comes in the form of the official release of Netherite, a new, incredibly strong and arguably the best material you can get your hands on in the game. Problem is, getting Netherite in Minecraft is a bit of a mission and requires you braving the Nether.

Before we dive into how to get it, let’s give you a quick explanation of what this new material is. Netherite is a rare material from the Nether and tools and items made from it are more powerful and durable than diamond.

Furthermore, Netherite items float on lava and cannot be burned. This makes any item made of Netherite incredibly valuable as, if you fall into lava in the Nether or while mining, your items won’t immediately be destroyed and could even be recovered.

How to Get Netherite Ingots

Netherite is obtained by first getting Ancient Debris. Ancient Debris is a rare block type and material that can only be found by digging deep into the Nether.

Netherite will begin spawning around Y level 30. The best Y coordinate levels to farm Netherite while in the Nether are at Y levels 8 to 17 in the Bedrock edition of the game.

It’s believed that Netherite is harder to obtain in the Java edition of the game, and its spawn locations are slightly different, appearing at Y levels 12 to 17.

Ancient Debris is a pale brown colored block with a swirly texture on the top. It looks like this:

Once you’ve found some Ancient Debris, you’ll need to mine it with a Diamond Pickaxe. It can also be mined with a Netherite Pickaxe for future reference.

Now that you have Netherite Scraps, you need to combine four of these with four Gold Ingots on your Crafting Table. This will create one Netherite Ingot.

How Do You Use Netherite in Minecraft?

Netherite must be crafted into an Ingot with the help of Gold Ingots to use it. Once you’ve crafted a Netherite Ingot, you can use it to upgrade any existing diamond items you have to a Netherite version. Using the Smithing Table to do this also ensures that you won’t lose any enchantments you had on your diamond items when upgrading.

That’s all you need to know on how to get Netherite in Minecraft. For more tips, tricks, and guides, be sure to check out even more down below.