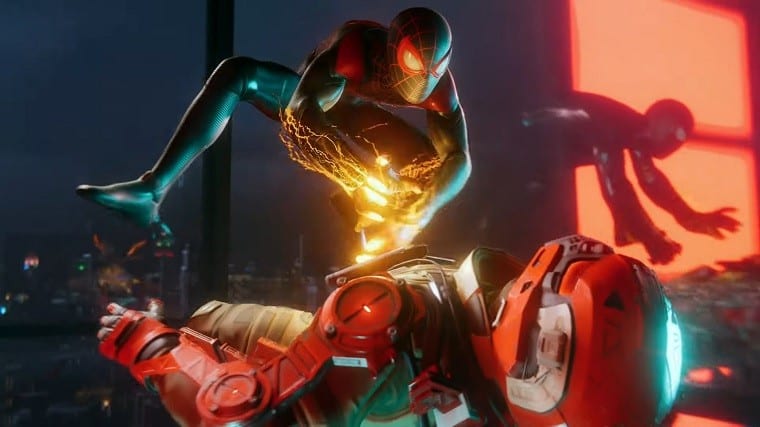 Details are still sparse on Spider-Man: Miles Morales, but Insomniac Games has released a new video offering some fresh info on the game and the work going into it.

Streamed via the official PlayStation YouTube channel on June 18, the video sees creative director Brian Horton and senior animator James Ham dive into the game’s design and story elements. In particular, they cover how much effort they put into making the title feel like a new experience specific to Miles.

This also applies to Miles’ powers, which include a number of abilities not available to Peter Parker and which players can take full advantage of. Miles’ invisibility and bio-electricity will both be available for use in the game, and each will offer new ways to approach the combat and other gameplay scenarios.

The team also assures viewers that they’re taking full advantage of the PlayStation 5’s new hardware to make Spider-Man: Miles Morales the best experience it can be.

“The PS5 allows us to have a fully seamless experience from beginning to end,” Brian Horton says. “We take full advantage of the dual sense controller with haptic feedback, and with ray-traced reflections the city comes to life.”

It’s an insightful look at what’s in store from the game, and fans will want to check out the full video down below for even more details.

First revealed during the PS5 reveal event held on June 11, Spider-Man: Miles Morales is a stand-alone entry in the Spider-Man series focused on Miles Morales. The game is set sometime after the end of the first game, though little is known about the specifics regarding its story at this time.

Prospective players don’t have long to wait until they can get their hands on it though, as the game is slated for a Holiday 2020 release. In the meantime, the game’s reveal trailer is still worth another look or two.