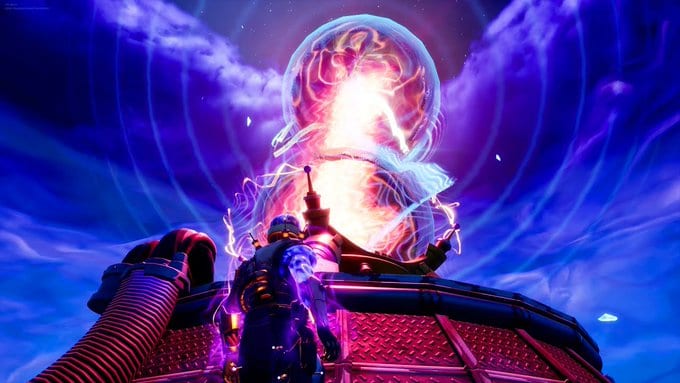 After the longest wait, Fortnite Chapter 2 Season 3 has finally arrived. Following the ‘The Device‘ event earlier this week that saw The Agency blown up and the storm turned into a sea of water, the island was ready for its next evolution as we begin a new season. In this guide, we’ll talk you through the Fortnite Chapter 2 Season 3 update size on PS4, Xbox One, PC and Switch so you’re ready to jump in.

The Fortnite Season 3 update size is as follows on each platform:

You’ll need to download the patch before you can hop in and check out the new content coming in Season 3. Keep in mind that you’ll also need to wait for the Fortnite servers to come back online after the scheduled downtime taking place this morning.

This doesn’t tend to last any more than a few hours, however, so it should be back online by the time your download has finished.

The new season has seen the map flooded with plenty of named locations now underwater. Following the event at the end of season 2 which saw a strange Storm-absorbing machine rise out of The Agency at the center of the map, the storm circle was transformed into a huge encroaching wave filled with sharks, enormous squid, and plenty more.

In the new season, players will also find a bunch of new weapons including the Charge Shotgun and a new Ocean’s Burst Assault Rifle. There’s also, of course, a new Battle Pass for players to grind through with challenges, cosmetics and plenty more to keep you playing the Battle Royale experience.

That’s everything you need to know on the Fortnite Chapter 2 Season 3 update size. For more tips, tricks, and guides, be sure to check out our wiki for the season, or have a browse through more of our coverage below.