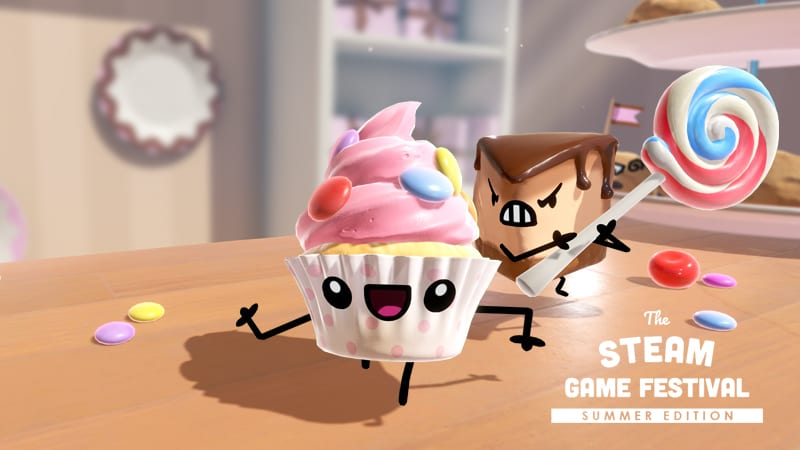 Steam’s Summer Games Festival kicks off next week and when it does you’ll be able to check out Cake Bash, an adorable four-player party game in which you fight to be the tastiest cake.

Publisher Coatsink and developers High Tea Frog announced earlier this week that starting June 9th, a demo of Cake Bash will be made publicly available specifically for the event.

With its name an amusing nod to battle royale’s most popular title, Fork Knife: Gateau Royale players avoid cutlery on a shrinking cake to be the last flan standing. Twinfinite has an exclusive first look at the mode, which you can check out below.

Also available to try are Cake Bash’s two main game modes, Sweet Victory and Fruity Pie. The former tasks you with covering yourself in sweeties, while in the latter you’ll compete to hurl the most fruit into a pie. There are two stages, one of which features a particular ravenous pigeon you should definitely avoid at all costs.

Those interested in trying the demo should head to its Steam page from June 9 and 10.