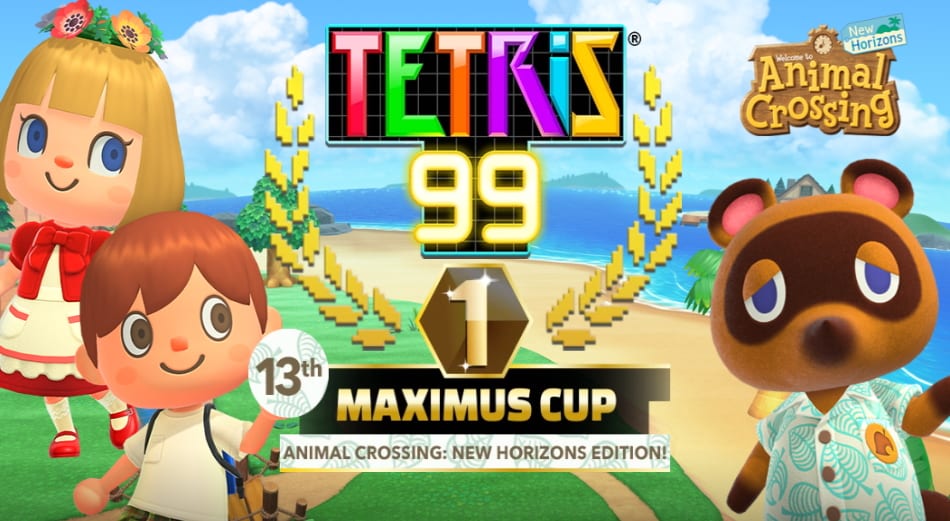 The 13th Maximus Cup in Tetris 99 will take place this upcoming weekend, the Nintendo Versus Twitter account has announced. This time, the tournament will feature the popular Animal Crossing: New Horizons.

As in many previous Tetris 99 Maximus Cups, players who earn at least 100 points during the competition’s time frame will be awarded an Animal Crossing in-game theme.

The official Nintendo Twitter account also tweeted a video showing off the Animal Crossing in-game theme that can be unlocked for earning at least 100 points in the competition:

If you’re not familiar with Tetris 99, it’s a take on the original game of Tetris in which players face against 98 other opponents and play until only one person remains. Tetris 99 is exclusive to Nintendo Switch Online subscribers, so you must have an active online membership in order to download and play the game.

If you think you have what it takes to score 100 points and win the Animal Crossing in-game theme, you can read more about the competition guidelines and how to play the game on Nintendo’s website.