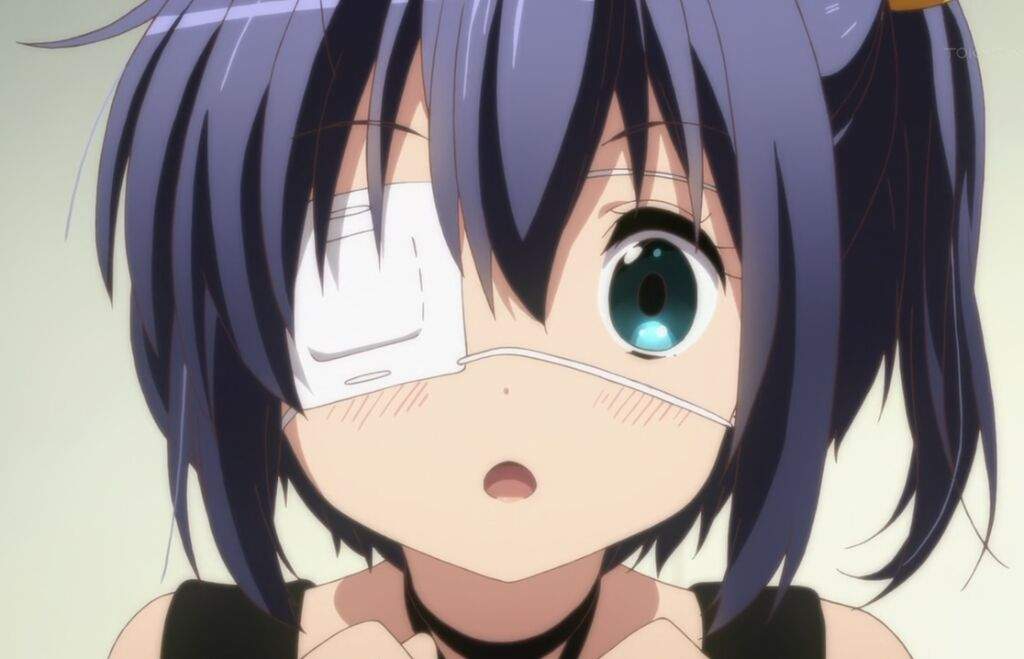 Warning: This article contains spoilers for the first season of Love, Chunibyo and Other Delusions. It also contains the word kawaii on 5 different occasions. I counted.

Earlier this year, the Twinfinite editors revealed the results of our top 15 best games of the decade.

It was truly an epic undertaking, and I highly recommend you take a look if you haven’t already. You may notice however, that I did not contribute with my thoughts and opinions (and childish humor).

The reason may appear to be as simple as my position among the staff here — I’m kind of like Twinfinite’s version of Rob Ford — but at long last, I can reveal that the true meaning behind my absence was because I was crafting a ranking of my own. One so momentous and meticulous, it comes almost halfway into 2020.

I’ve been diligently researching who is the best anime girl of the past decade, and indeed, throughout all of history. I didn’t tell anyone else that I was working on such an ambitious project, and I suppose that means that this couldn’t be considered ‘official’… but you know what? Facts are facts, I’m going to print with this immediately (plus I have to make sure Giuseppe doesn’t find out, he knows too much).

So here it is, guys: Rikka Takanashi of Love, Chunibyo and Other Delusions is the best anime girl of them all. You probably worked that out after you read the headline and saw the picture of Rikka above. But maybe you didn’t.

Let’s get the basics out of the way first: of course, Rikka-chan is the embodiment of all things kawaii. She’s passionate, excitable, easily distracted, and an absolute klutz. Her chunibyo tendencies have birthed a world of her own creation; one where she is the inheritor of the abilities of the Wicked Lord Shingan.

Due to this, her mannerisms and speech patterns are almost entirely driven by this persona, much to the chagrin of the people around her.

If you were to just judge her based on these basic principles, she would already qualify as the best anime girl. She just does all of these things so wonderfully, coming across as endearing, honest and faithful — the fact that she’s off on another planet half of the time just adds to her charm.

When you learn more about her past, however, the depth of her character begins to reveal its many layers.

Despite her facade, Rikka could easily be described as fragile. In the literal sense, this is often apparent, and the myriad of ways she gets hurt has been immortalized in countless YouTube videos. We’re sick like that, it seems.

However, it’s her emotional instability that truly creates a compelling protagonist.

It’s soon revealed that the driving factor behind her chunibyo obsessions is as simple as sheer escapism. The death of her father rattled her at a young age, particularly as she wasn’t told of his illness until the moment of his passing.

For her to suffer such an enormous loss at such a young age — suddenly, and without the chance to accept it — created a void. She didn’t have the maturity or the mental wherewithal to know how to express her loss.

She pushed others away and retreated into herself. In her darkest hour, she found chunibyo, and in it, a much-needed respite. An alternative to the misery plaguing her.

What she’s experiencing isn’t just a whimsical daydream, it’s her own unique coping mechanism, and the reason why she’s so defensive whenever someone challenges it. Her sister Toka became the embodiment of evil in her eyes: the one person who tries to force her back into reality, and someone who she blames for not giving her the chance to let her father go until it was too late.

It’s akin to arrested development, and in a short span of time, Rikka goes from ‘kawaii moe trope’ to ‘relatable, tragic star’. Ironically, her vulnerability creates more of a hero than even her wildest fantasies are capable of.

Underneath it all, she’s shy, distrustful, and self-doubting.

Even then, when she’s convinced that it’s upsetting everyone around her? That her chunibyo is a burden on her family, and it’s time to finally grow up? She stops. Just like that.

Not because she’s ready to, or because she’s seen the folly of her ways. She lets it go for the benefit of others, allowing herself to fall back into the void until Yuta is able to drag her out.

Think about it: she’s willing to let her only reprieve go, because she cares that much about the people around her.

To declare Rikka to be the best anime girl goes beyond her meme-worthy adorable moments. We’re lulled into a false sense of security early on, convinced that she’s just a silly girl who does silly things for fun. And even then, we appreciated her just based on that.

The sudden gut-punch leaves us reeling, as if we were pulled out of our own fantasy world. The invisible boundary lines she kept seeking out were not just some baseless plot element she had pulled out of the ether, but her sole driving factor — the only way she can think of to reconnect with her lost father.

We’re taken on quite the emotional roller coaster across the 12 episodes of the first season alone. It’s about as tight and succinct an arc as you’ll ever see in anime, and Rikka Takanashi is the absolute standout.

Look, in my embittered years, I care about very little in life. But Rikka made me care about her. As such, she stands alone as the best anime girl of all time. If you agree, I invite you to share your own messages of awe and adoration for the kawaii kawaii ultra kawaii queen.

If you disagree, you’re also welcome to discuss the reasons behind your dreadful, incorrect opinion. Just try not to embarrass yourself.