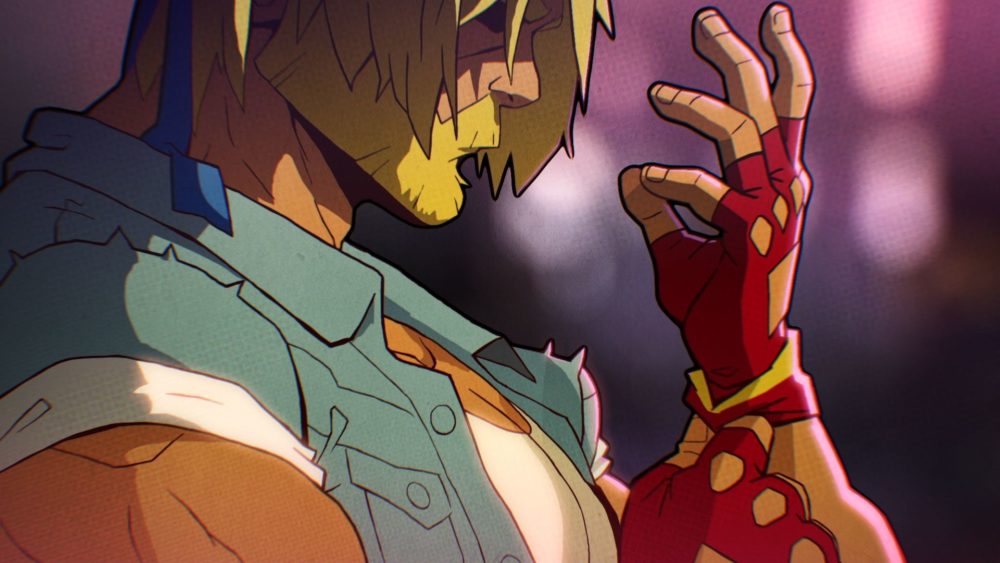 Back in the 90s, we had an embarrassment of riches in the beat-em-up genre, and the Streets of Rage trilogy was one of the absolute highlights for Sega fanatics.

With their addictive gameplay, catchy soundtracks, and suspicious roasted turkeys found under garbage cans, many hours were sunk into the adventures of Axel, Blaze and company. Half of those hours were probably spent intentionally hurling a knife at your friend’s head or flinging them into a pit, because being a jerk is somehow incredibly gratifying.

At long last, those days are almost upon us again, with Streets of Rage 4 poised to release soon on PC, PS4, Switch and Xbox One. It introduces advanced mechanics such as juggling (enemies, not billiard balls), as well as new kids on the block, Cherry and Floyd.

They’ve certainly got a lot to live up to, because the series has seen its fair share of awesome characters for us to take control of. Today, we’re throwing down the gauntlet, pitting them against one another to determine once and for all who’s the very best out there… on the…

Low-key though, the real winner is the police officer who rolls out in his squad car whenever you use the special attack button. The way he’s able to fire off a blast of napalm without ever hitting the good guys is a damned art form.

Odds are, several readers will have no idea who Ash is. Originally appearing in the Japanese edition of Streets of Rage 3 (aka Bare Knuckle) as a mini-boss and unlockable character, he was cut from international releases for… reasons.

With his exaggerated movements and revealing attire, he was bound to strike some serious controversy in the States. As such, the change was made and his existence was basically retconned from history, denying a generation the opportunity to experience his true wonder.

He was slated to appear in the first stage, leaping from a boat to duke it out with players after they had disposed of his thugs. In his place, Mr. X’s second-in-command Shiva just drops them off like a disinterested soccer mom before speeding off and leaving them to die.

We’ve got to at least give Ash props for his unwavering loyalty to his comrades, as well as his bold Waluigi aesthetic and the fact that he is, indeed, the strongest character in the entire game.

Seriously, his standard attack where he rakes at people’s eyes is absolutely devastating. It’s quite the sight, unless of course you’re on the receiving end.

Sticking one of the OG characters down so low sure feels rotten, but unfortunately for Adam, he just hasn’t put in the service time of his contemporaries to warrant a higher ranking. If it makes him feel any better, he was always my favorite to use. Small victories, Adam, small victories.

He was the slowest of the three characters, lumbering towards foes with a shambolic gait. It wasn’t really that much of a hindrance unless you were trying to step out of the path of the fire breathing cueball or make a beeline towards the newly unveiled sack of money — clearly it’s a bribe, but nobody brings it up.

His majestic jumping prowess meant that you could easily close the distance with a leaping kick to the face, which made it Adam’s preferred method of travel, and there was something truly satisfying about landing his boxing-styled combos.

His demotion to cameo appearance in later games meant that he didn’t get all of the nifty upgrades in his arsenal, but chances are strong that he’ll ascend the pecking order once we’ve gotten a chance to take him for a proper spin in Streets of Rage 4. He hits like a truck and he wears sunglasses at all times, so you know he’s got something to hide.

…Or he’s just hungover, which is also relatable.

Sure, many of us thought that Shiva was an absolute badass back in the day. He debuted in the second title as a boss character, reprising that role in Streets of Rage 3 while also acting as an unlockable character after his defeat.

Just as it was with Ash, we would defect to your ranks when you held a button after you beat him up. They clearly don’t hold much allegiance to Mr. X to be so easily swayed, though in fairness, they might have been particularly impressed by your button holding skills.

The reason why Shiva doesn’t stand the test of time is because his edgy vibe would be emulated by countless other antiheroes throughout Sega history. The dude is basically Shadow the Hedgehog — they even have the exact same run!

Ultimately, Shiva’s just not as interesting as other characters in the series, and his standing axe kick might look neat, but it’s quite impractical and it reeks of effort. I hope he at least enjoys his next cybergoth dance party.

His name don’t lie, though his hips have been known to tell the occasional fib.

Max is a whole lot of beefcake, standing out from the rest of the cast in Streets of Rage 2 with his Mike Haggar-like physique. As you’d expect, his play style was all about raw power, hurling hapless enemies around with ease before finishing them off with a bizarre grab move that vaguely resembles some kind of spanking.

Just one throw from this guy’s bulging arms was enough to KO lesser enemies, but it comes at the cost of significant foot speed. Adam may have been the slowest in the first title, but Max takes that concept to another level, moving with the grace and agility of an animated tree.

Should he be paired with the spritely Skate or Blaze, his sluggishness seemed all the more exaggerated as they zipped about the screen, though all it takes to dissuade those concerns is to nail fools with a picture perfect German suplex. Brock Lesnar would be proud, if only he were capable of showing any emotion beyond vague disinterest.

The Zan, the zyth, the zlegend.

It’s tricky to figure out where to slot Dr. Zan on this list, which is actually quite appropriate, seeing how the good doctor is himself quite tricky to utilize.

He plays differently from any other character in the series, with a moveset based around his cybernetic arms and the electrical current pulsing through his body like an elderly, unappealing version of Pikachu.

Similar to the unlockable characters, he’s incapable of using weapons, however he converts anything he picks up into a ball of energy which he can then fire off as a projectile. It’s a neat gimmick, although in theory, this would make it awfully difficult for Zan to do his weekly shopping.

His herky-jerky movements make for an onerous character to master, and frankly, it’s hard to get excited about a dude whose name is Gilbert, so he sits smack dab in the middle of the rankings.

Here’s one that’s sure to invoke the fury of Streets of Rage purists. Axel Stone, the burly, blond veteran of every entry in the series, doesn’t manage to medal in these rankings, and instead falls behind a teenager with attitude.

It’s easy to pooh-pooh this idea, as he is the franchise’s most iconic brawler, rubbing shoulders with the Sega elite of Sonic the Hedgehog, Gilius Thunderhead and, dare I say, Sir Tongara de Pepperouchau (who spends most of his days sobbing quietly in the corner of the room).

Perhaps his greatest ability is availability, a failing which relegated Adam Hunter all the way into the doldrums of these rankings, but beyond that, what do we particularly like about Axel? He’s fairly vanilla, with his most noteworthy trait being his obtuse jumping attack.

Yeah, the one where he takes to the air, raises his arms in a statement of ill intent, and violently thrusts his junk towards his target. Kinda hard to erase that visual from your memory.

Gotta say though, that midlife crisis beard he’s sporting in Streets of Rage 4 sure makes me want to reconsider. He looks like he wants to invite you to a barbecue, maybe shoot some darts in the poolroom before watching the big game and reminiscing about “the good old days”.

It’s kind of hard to believe that, other than Axel and Blaze, this pint-sized skater has seen the most playable entries in the franchise.

When Adam was abducted in Streets of Rage 2, his kid brother stepped up to join the rescue operation. It seems wildly irresponsible on the part of everyone else involved, considering he’s roughly thirteen and we’re dealing with a murderous criminal syndicate. Perhaps they all just thought it was a funny idea at first and never bothered to discourage him.

In the same way that Max amplified Adam’s concept of a slow moving bruiser, Skate operates as the deluxe speedster edition of Blaze. His hits don’t deal nearly as much damage, and he really does not enjoy being punched in the face (unlike most experimental teenage boys); for him it’s all about zipping in and out to pepper foes with punches in the hopes they’ll be downed eventually.

His animations are just so much fun to watch, which helped boost him up a few spots in these rankings, and though he’s not slated for a canonical return to Streets of Rage 4, he still appears in glorious retro form, alongside Max, Zan and Shiva.

No Ash, though. At least, not yet.

The 1B to Axel’s 1A, Blaze has been storming the deadly alleys for decades. Surely she’s tired by now, and would benefit from catching an Uber instead? It’s chilly out on those ragey streets, you know.

A dedicated student of judo, Blaze dishes out fearsome throws that outshine her more muscular contemporaries, though any attempt to lift the thicc bois of Streets of Rage 1 or 3 is bound to ruin her day.

She originally fit the stereotypical trope of ‘I’m fast but a bit weaker’, growing a little more in complexity with each sequel until she better fit the mold of an all-rounder.

She even has her own fan club in the form of identical twins Mona and Lisa! These Blaze doppelgängers show off their enthusiasm for their hero by attempting to kill her, springing about the screen like villainous Slinkies on a mission.

It’s the thought that counts.

Let’s dissuade your concerns for a moment; yes, the idea of boxing a kangaroo for sport is abhorrent and we discourage it under most circumstances unless you have its verbal consent and a note from its parent and/or guardian.

This is the reason Roger Jr. was dropped from the Tekken 7 lineup (you might even say he was Tekken out), and likely why Roo has not been seen at all in Streets of Rage 4, in retro form or otherwise.

All this aside, screw any other argument, playing as a marsupial is freaking awesome.

His lacking technique and middling reach are offset by a jumping ability that is unmatched, and a fluffiness level rivalled only by Dr. Zan and his luxurious moustache. His flips and spins are absolutely exhilarating, and my goodness, have you seen his swag?!

Finally, if you’re not convinced so far — why wouldn’t you be? What’s wrong with you? — his pose atop the throne in the alternate ‘evil’ ending is adorable, and the connotations of a crime syndicate being run by a kangaroo are equal parts hilarious and intriguing.

Fingers crossed Roo turns out to be the final boss in Streets of Rage 4. That’s the twist we’re all hoping for!

If you’re excited for the long-awaited return of this cherished side scrolling franchise, make sure to read our interview with developer DotEmu, check out our impressions from last year’s PAX East, and eat a big bowl of ice cream!

That last one isn’t necessarily relevant to Street Fighter 4, but gee whiz, it sounds tasty, doesn’t it?