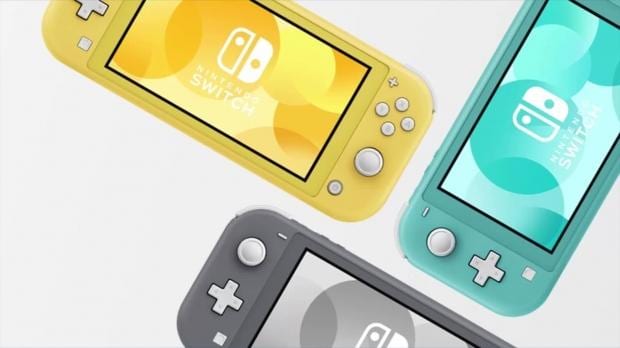 Nintendo quietly updated the Switch’s software to version 10.0.0 this week, adding new features like more profile icons and the ability to transfer data via SD cards. And while some people might yawn while reading about these additions, wishing instead for folders and themes, an accessibility feature introduced in the latest version is extraordinarily meaningful to many gamers.

This addition is the ability to remap controller buttons. Simply put, this means you can reassign the button configuration to any custom layout you prefer. For instance, if you prefer the ‘A’ and ‘B’ buttons to be swapped, you can now do so.

Previously, remapping controller buttons on the Switch was limited to individual games. If a particular game didn’t give you the option to reassign buttons, you couldn’t do it. This firmware update adds the ability to remap buttons system-wide, across all games.

Some people might not immediately understand why this is such an important feature, one that should have been included on the Switch from the day the console launched.

The ability to change the button inputs on a controller can be absolutely essential for many people to be able to play games at all. It opens the door for accessibility options on the Switch that quite literally make games playable for many more people.

Remapping buttons can make certain games playable with just a single joy-con or one side of a Pro Controller, for example. If a game doesn’t require the use of every button, which most don’t, players can reassign the needed ones to be closer together.

Why is this useful? Perhaps a player is limited to using just one hand while gaming; now they may finally be able to jump into a game that had been previously dismissed as being too difficult or inaccessible due to the controls.

Maybe the player can use two hands to play, but experiences chronic pain from conditions such as arthritis, carpal tunnel syndrome, or EDS and must take frequent breaks while gaming.

The Switch’s new ability to save up to five button configurations can be game-changing for these types of players: now they can simply change to a different button layout if it becomes too painful to continue playing.

This feature benefits far more gamers than just those who experience motor difficulties while playing though. For many people, learning the controls to games can be a challenge, especially when they are complex or vastly different to those in another game they’ve recently played.

The ability to keep the buttons consistent across every new game can allow players to quickly jump into their adventure without spending a long time learning and memorizing brand new control schemes. This might not seem like it would be a challenge to most people, but for those with cognitive disabilities, it can potentially eliminate unnecessary frustration.

Able-bodied gamers don’t always consider how meaningful this feature is. The next time you sit down with your favorite game, try playing with only one hand, or with only a limited number of fingers.

Try playing without any sound, or with diminished lighting to make it difficult to see what’s happening on the screen. Try pausing the game every ten minutes to take a fifteen-minute break, and see how much progress you make in an hour.

These are just some of the difficulties that many gamers experience every time they try to play and accessibility options to help fix these roadblocks aren’t always available to them. They are left with two options: attempt to play the game despite extreme difficulties or don’t play at all.

Remapping controllers should be an industry standard, and Nintendo should be applauded for finally adding this accessibility feature to the Switch, especially with very little fanfare, even if it arrived a bit late. Since it doesn’t directly affect everybody, it’s an issue that often gets swept under the rug. But that doesn’t mean it’s not important.

This isn’t the first time that Nintendo has developed its software with accessibility in mind recently. Mario Kart 8 Deluxe added the ability to accelerate the karts without holding down the A button, helping those with chronic pain. Splatoon 2 had a colorblind mode that allows players to lock the ink colors for both teams to a combination that is easily distinguishable.

It can be incredibly eye-opening to able-bodied gamers to learn just how much companies such as Nintendo have done for accessibility, and what more they could be doing.

Game Maker’s Toolkit on YouTube has a series of videos addressing accessibility that teach how games can be designed with motor disabilities, cognitive impairments, hearing and visual disabilities, and more in mind.

Nintendo isn’t the only company to be developing with accessibility in mind, either. Microsoft has been a leader in this area, especially by creating an adaptive Xbox controller for players with disabilities.

Nintendo’s efforts to make gaming more accessible for everyone should be celebrated. Sure, cosmetic improvements like themes would be great, but accessibility is often the fundamental issue for many gamers.

In fact, if you are a gamer, the topic of accessibility should matter to you. It is likely that you know or have played with another person who benefits from accessibility improvements. Gaming should be something that can be enjoyed by everyone in a safe and comfortable way, and the community as a whole is better when that happens.