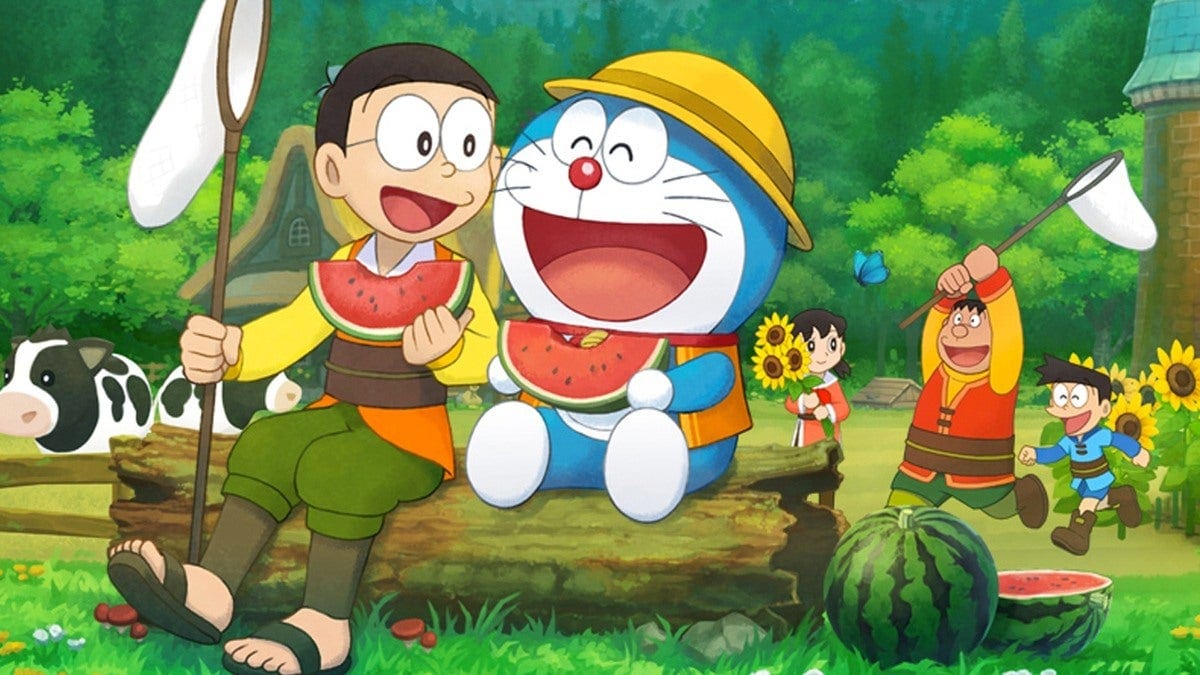 Doraemon Story of Seasons was released last year for Nintendo Switch and PC. Bandai Namco announced that it’s coming to PS4, at least in Japan.

The latest issue of Weekly Famitsu included the reveal of the PS4 port, which will be released in Japan on July 30 priced at 6,100 yen plus taxes.

At the moment the western branches of Bandai Namco did not reveal whether it’s coming to the west as well or not.

The article included comments from the developers, who mention that the launch in the west of the Switch and PC version prevented them from porting the game to PS4 earlier. They also teased the release of a free update for all platforms (including the Switch) after the launch of the PlayStation version.

They’re happy that more gamers will be able to enjoy the game, and they also teased that something new for the Story of Seasons series is being worked on following the latest release “Friends of Mineral Town.” They hope fans of the franchise will look forward to it.

Lastly, we hear that while the port to new hardware created a few hurdles, they already overcome the big ones and only a few remain to be tackled. Development is 85% complete.

If you’re unfamiliar with Doraemon Story of Seasons you can read our review. You can also take a look at the launch trailer of the Switch and PC versions.